If Donald J. Trump does not win the nomination outright or on the first ballot at the Republican Convention, it’s highly unlikely that he’ll be the nominee. 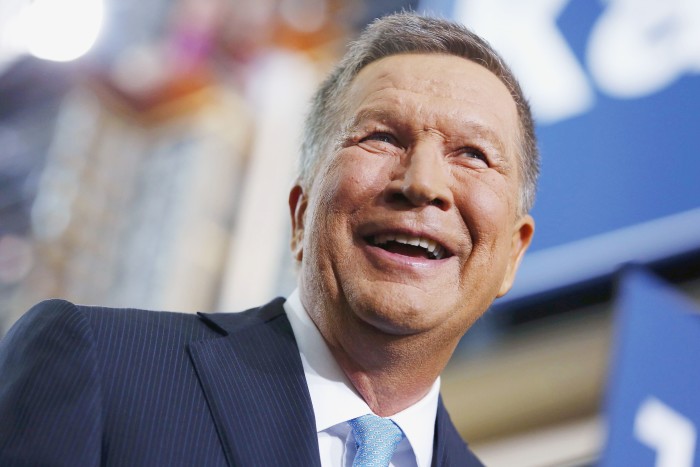 That wasn’t always so. At one point, the expectation that Trump would run third party or would undercut the nominee and take his supporters with him to guarantee a victory by Hillary Clinton might have been enough to sway delegates his way after the first ballot.

However, after the Heidi Cruz disaster, the Michelle Fields mess, the National Enquirer story he was blamed for, his abortion comments and the level of outright hatred that Trump has inspired even among millions of Republicans, it’s extremely unlikely that Donald Trump could win a general election. So, the reasoning of delegates who aren’t committed to a candidate is likely to go something like this, “Whether we choose Trump or someone else, we lose in the general election. If we don’t have Trump as our nominee, we’re likely to lose less seats down ticket and the whole Party won’t have to go through the humiliation of having to defend whatever crazy things he says or does as he represents our Party.”

So, is that good news for Ted Cruz?

Because the same sort of unbound establishment delegates who hate Trump, also hate Cruz, albeit it for different reasons. Will they rally to support him? That’s not likely. After all, if the GOP Establishment genuinely wanted Cruz to win, they would have already rallied behind him — and other than a handful of them, they haven’t done so.

However, like Trump, Cruz will have a significant block of delegates who are committed to him. In this scenario, after 2-3 ballots, Cruz is likely to come up short as well.

Well, those party loyalist delegates may not like Trump or Cruz, but you know whom they’d probably like just fine? As Hugh Hewitt[2] has noted, they’d probably be perfectly happy with John Kasich as a nominee. Furthermore, even though Kasich has only won one state so far, he’s also consistently beating Hillary Clinton in polls and perhaps more importantly given the situation, he hasn’t feuded with Donald Trump.

Why would Cruz be willing to help Kasich become the nominee? Because Trump hates him so much that even if Cruz somehow became the nominee, Trump would deliberately undercut his campaign and throw the election to Hillary. On the other hand, if he were to become Kasich’s Vice President, it would both elevate his stature and set him up to have a better shot at the presidency after Kasich lost or left office. Could Kasich cut a deal with Trump? That’s unknown, but since the two of them have never gotten into it, it does seem remotely possible.

Furthermore, if Cruz DID NOT go that way, we’d probably end up with Mitt Romney, Paul Ryan or some other candidate anyway. After all, SOMEBODY has to win.

Could Kasich be that guy? I hate to say it, but, yes, he could.

PS #1: Yes, Rule 40 would currently prevent Kasich from being the nominee. However, these sort of rules are commonly changed to benefit establishment candidates. That’s how Rule 40 came into being in the first place. So, the most likely outcome is that it will be changed or weakened this time as well.

PS #2: My general stance is that whoever comes into the convention with the most delegates should be the nominee. That is highly likely to be Donald J. Trump. So, I’m not endorsing this outcome; I’m just noting that it’s now possible to see how it could happen.

PS #3: Could the same sort of deal happen where Cruz ends up as the Vice President for another candidate? Absolutely, but if it comes to that, Kasich seems like the most obvious choice since he’s still in the race and beating Hillary at the polls.