At the end of King Kong, the character who captured Kong and brought him to New York is seen staring at the dead giant. After being told the airplanes got him, he says, “It wasn’t the airplanes. It was beauty killed the beast.” 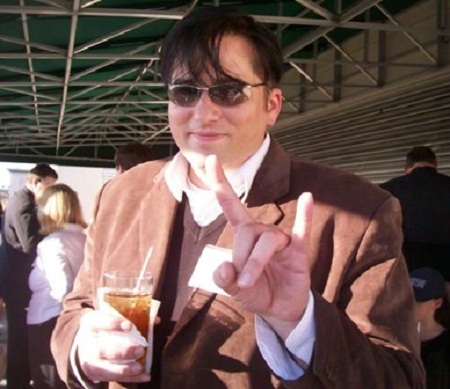 But it wasn’t beauty; it was the man blaming beauty. Were it not for that man, King Kong would still be on that tropical island living how he’d lived till everything was changed on him.

That character was Carl Denham, but it might as well have been any progressives politician, and Kong could just as easily be the United States.

We are a compassionate nation and a compassionate people. No one revels in the suffering of others. But what progressives do and advocate for in the name of “compassion” not only perpetuates and exacerbates what they say they want to eliminate, it destroys what Abraham Lincoln called mankind’s “last best hope of earth,” our freedom, our liberty.

President Obama swore an oath to “preserve, protect and defend the Constitution of the United States,” as did every member of Congress. But the Constitution has no place in today’s government.

Perhaps the most fundamental misconception Americans have about the Constitution is that it “grants them rights.” You hear this every time someone refers to their “Constitutional right to free speech.” What is says is we are endowed by our Creator (however and whether we view Creators) with certain unalieanable rights — which means we can’t be ‘alienated,’ or separated, from them, even by Congress.

It’s not the Constitution or government that grants you, say, the right to free speech. Those rights come from beyond government, beyond man even. The point of the Constitution is that since man — or man acting collectively through government — does not control those rights, it can neither convey nor remove them. The Bill of Rights merely acknowledges you have these rights, from birth, and forbids Congress from doing anything to infringe them.

At least it used to be that way. Just like the Chicago River, that flow has been reversed in the minds of too many Americans.

More people than ever before depend on government for their existence. It’s now possible for people to live their entire lives at the expense, and therefore the whim, of the state.

Born on food stamps into Section 8 housing, clothed with welfare payments, educated in public schools, insured by Medicaid, educated with student loans, people are then “free” to go on welfare because there are no jobs, stay in Medicaid for the same reason and die on Medicare. This life, now led by tens of millions of Americans, saps aspiration and mobility, destroys the hope that each generation do better than the one before it and, perhaps worst of all, creates a permanent underclass for which it is almost impossible to escape. And progressives could not be happier.

For them, it’s Utopia — a permanent voting bloc that mobilizes to defeat any change that might empower individuals to free themselves from government dependence. It rails against “cutting people off,” then re-elects progressives, “saves” this dependence, the snake eats its tail and the circle enlarges but remains unbroken.

Dependence on government is slavery minus the beatings and race exclusivity.

The slaves of old weren’t allowed to learn to read. Today’s slaves can, but far too many of those in areas dominated by government dependence don’t thanks to bad public schools.

Slaves weren’t allowed to leave the plantation back then. Today, welfare recipients don’t have the ability to move to a better area, a better school district.

As bad as this is for the country economically and socially, President Obama seeks to expand that web and solidify the progressive dependency agenda in more and more Americans.

Obamacare subsidies extend far up the income ladder, well into the middle class. This isn’t by accident. Just as a drug dealer will give away samples to curious potential customers to get them hooked, progressives hope this “taste” of government money will hook Americans.

When premiums balloon even higher, and repeal moves closer to reality, we’ll hear cries of Republicans “wanting to throw people off their insurance” and how it will “cost more” to take them off insurance than to keep them on. It will be a lie — just like how we call a decrease in the rate of increase in spending a “cut.” But the truth, as usual, won’t matter.

Some of history’s greatest affronts to liberty have been done in the name of compassion. With each “compassionate act,” the chains of slavery to government get tighter. But when you see your rights as flowing from government, you’re willing to tolerate nearly anything in the hope government will not turn off the spigot.

No, it wasn’t beauty that killed the beast, it was false compassion.