My latest Towhall column is called, The Liberal Translation Guide Part Two: 20 More Translations of Things That Liberals Say[1]. Here’s an excerpt from the column. 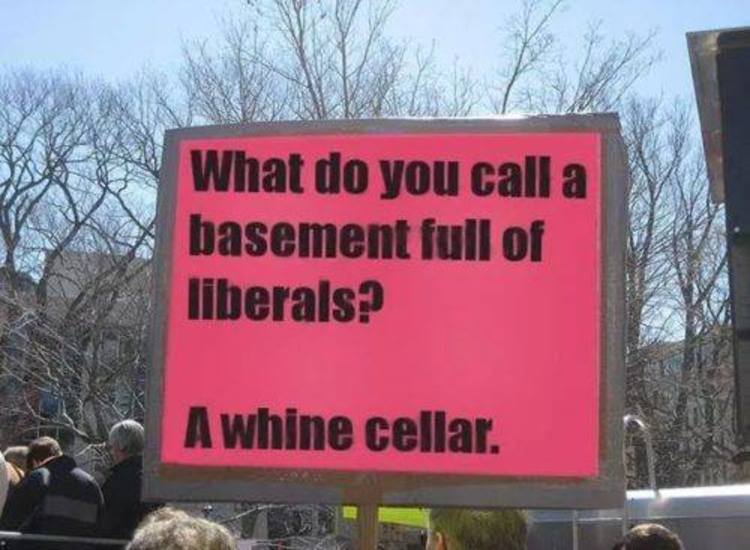 Last week, I put out The Liberal Translation Guide: 20 Translations of Things That Liberals Say[3] and people were like, “Woah, I had no idea that when liberals say they want ‘organic food;’ what they really mean is that they want to EAT BABIES.” Okay, that’s not true at all. But, what is true is that people loved those translations and wanted more. Now it’s time to give the people what they want…

1) “Dressing up as a giant vagina in public” — The best way to preserve the dignity of women.

2) “Nazi” – Germans who attempted to take over the world during WWII and members of the American Nazi Party. Oh, and Donald Trump….And Mitt Romney, too. George W. Bush? Of course! Definitely all the Tea Party members and the people who voted for Trump. Conservatives in general? Sure. Come to think of it, pretty much every American who doesn’t agree with any part of the liberal agenda.

3) “Fetus” – A life-sucking parasite with no soul that feeds off the life of a woman and should be destroyed via abortion before you have a party celebrating its demise, unless you want the fetus, in which case it’s a sweet, loving baby.

4) “Corporate Welfare” – Something that’s horrible and should never happen unless it involves Planned Parenthood, PBS or NPR.

5) “Fake News” – News from non-liberal sources which are, by definition, fake because they make you stick your hands in your ears and yell, “La-La-La, I don’t want to hear from conservatives, la-la-la!”

6) “Stolen Election” – Relatively close elections that Republicans must have won with the help of Vladimir Putin, Jeb Bush or the Koch brothers.

7) “Homophobes” – Christians who believe in the almost universally agreed upon standards of male/female marriage that existed for thousands of years until liberals decided that the foundation of our civilization isn’t trendy enough.

8) “Xenophobe” – Americans who believe we should put our country’s interests ahead of other nations like Mexico, Iran and France.

9) “Diversity” – A group of liberals who agree on every single issue, but also happen to be gay, black, female, Hispanic or transsexual.

10) “Investment” – Wasting billions of dollars on useless government programs and giveaways that produce nothing of value.

11) “White Privilege” – The special superpowers gifted to white people that insure that there will never be a black President and all white people will always be wealthy and successful without having to work for it.

12) “The constitution is a living, breathing document.” – If there are enough liberals on a court, they can ignore the law and override democracy to implement a left-wing agenda.

13) “Patriotism” – Hatefully complaining about every real or imaginary fault of America while unfavorably comparing our country to places like Cuba and China.

15) “Detroit” – An extremely liberal city in a liberal state that must have been run into the ground and bankrupted by Republicans despite the fact that it hasn’t had a Republican mayor since 1962.

16) “Radical Islam” – Words you’re not supposed to say because it may make people who are trying to kill us in the name of their religion mad.

17) “Choice” – A wonderful thing when it comes to killing babies, but awful when it’s applied to guns, schools, opting out of Social security or having less government in your life.

18) “Rape Culture” – When men want to have sex with women and worse yet, don’t bother to use consent forms for everything from hand holding to dirty sex on the hood of a car.

19) “Vagina hats” – What you wear to let everyone know you’re serious people.