How Many People Have To Die Because Of The #Blacklivesmatter Movement?

The whole Black Lives Matter Movement is pure crap designed to help liberals get their names out there and to increase black turnout in elections for the Democratic Party. 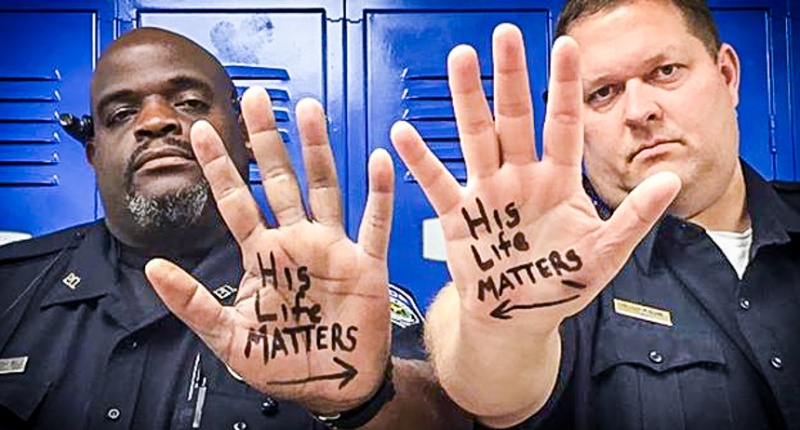 It’s a movement funded by liberal white Americans like the Ben and Jerry’s Foundation and supported primarily by privileged black liberals that does nothing but produce a bigger body count.

For whatever reason, black Americans have always had a more hostile relationship with the police than other groups. Maybe that comes from the bad old days of the civil rights movement when the police weren’t always fair to black Americans. Maybe it comes from the sky high crime rate in black America which insures that percentage wise, more black Americans profit from criminal activities or know people involved in regularly breaking the law than people from other races. Perhaps it’s just a “Which came first, the chicken or the egg?” problem? Did police hostility cause black Americans to become more distrusting of law enforcement or did hostility by black Americans cause the police to become more distrustful? If that hostility and distrust ceased on one side, would it disappear on the other side, too? Whatever the reason for it, it exists and the Black Lives Matter movement has greatly exacerbated it for its own purposes.

The sad reality is that the police have to do a dirty, dangerous, unpleasant job that sometimes involves killing other human beings to protect themselves or others. There will NEVER be a time when mistakes aren’t made. So, if the goal is supposed to be to stop the police from ever making a mistake, it’s pie in the sky.

Moreover, the overwhelming majority of police shootings are justified and those that aren’t are USUALLY punished in a court of law. There are undoubtedly cases where guilty police officers skate in court for their crimes, but as Nicole Simpson could tell you if she were still alive, murderers don’t always get convicted in America.

Because this really isn’t a huge problem for black Americans, the #blacklivesmatter scumbags have taken ambiguous cases and elevated them to practically legendary status.

Take the death of Eric Garner. The cops were trying to arrest him for illegally selling cigarettes. The cops weren’t the ones who decided that should be illegal, but it’s their job to enforce the law. Garner resisted arrest, the cops used an appropriate amount of force subduing him and he died because of underlying health issues[2] (“acute and chronic bronchial asthma, obesity, and heart disease.”)

You may think Eric Garner was choked to death because it takes lies like that for #Blacklivesmatter to justify its existence.However, it’s not true. In fact, the person most responsible for Eric Garner dying is Eric Garner. He was doing something in public that he knew would lead to an arrest if he was caught. Then he resisted arrest despite the fact that he knew he was in poor health and that being put down on the pavement could be particularly dangerous for him. It’s genuinely sad that such a small infraction led to a series of events that caused Eric Garner’s death, but it was his own fault.
Then there’s Mike Brown. If you believe #Blacklivesmatter, he was a gentle giant who was innocently strolling home and then was needlessly shot to death by an officer while his hands were up. Except none of that is true. Brown had just robbed a convenience store and was killed by an officer he was attacking in an attempt to take his gun.

Yet, what do we hear? “Hands up, don’t shoot!” “That could be my son!” “What if I’m next?” It’s all garbage – well, unless you’re a criminal who’s resisting arrest or more likely, trying to kill an officer. There are actual statistics on this that show how silly this whole hysteria has become.

In 2015, 990 people in the United States were killed by police officers[3]. Of those 990 shootings, 730 of them happened while an attack was in progress. The majority of them were black, right? Wrong. 494 were white and 254 were black. Just to put those numbers in perspective, there were 468 murders in CHICAGO alone in 2015[4].
Put another way, not only are black men far more likely to be shot by other black men than police officers, there’s a better chance that a black American who obeys a cop’s instructions will be struck by lightning than there is that he will be shot by a police officer.

Does that mean the police never make mistakes? Nope, they do. Does it mean that bad or careless cops who kill someone without good reason should be able to avoid justice? Nope. Does it even mean that there isn’t anything that the police can be doing better? Nope. I’m a big proponent of more police officers using body cameras and many police departments need better training when it comes to dealing with the mentally ill.

When #Blacklivesmatter sleazeballs preach so much hatred against the police that we have snipers shooting the cops in Dallas and people applauding that on Twitter[5], they’re getting people killed.
When the #blacklivesmatter scumbags get a community so hyped up to hate the police that it makes it impossible for the police to do their jobs, it almost forces the cops to pull back. This leads to huge increases in criminal activity which gets people killed.

When the #blacklivesmatter dirtbags convince black Americans that the police are all racists and any encounter with them could be fatal, it makes people extremely nervous, fearful and edgy. Nervous, fearful and edgy people may do extremely stupid things – like resisting arrest, refusing to listen to the cops or going for a weapon when all they need to do is keep calm and let the cops do their work. This gets people killed.

It’s great that a white guy pretending to be black like Shaun King got a NY Daily Newscolumn out of this, that some of the #blacklivesmatter idiots are getting the attention they crave and the Democrats are getting a few more votes from black Americans, but how many more Americans have to die for it?