There is a growing sense across the financial spectrum that the world is about to turn some type of economic page. Unfortunately no one in the mainstream is too sure what the last chapter was about, and fewer still have any clue as to what the next chapter will bring. There is some agreement however, that the age of ever easing monetary policy in the U.S. will be ending at the same time that the Chinese economy (that had powered the commodity and emerging market booms) will be finally running out of gas. While I believe this theory gets both scenarios wrong (the Fed will not be tightening and China will not be falling off the economic map), there is a growing concern that the new chapter will introduce a new character into the economic drama. As introduced by researchers at Deutsche Bank, meet “Quantitative Tightening,” the pesky, problematic, and much less disciplined kid brother of “Quantitative Easing.”  Now that QE is ready to move out…QT is prepared to take over. 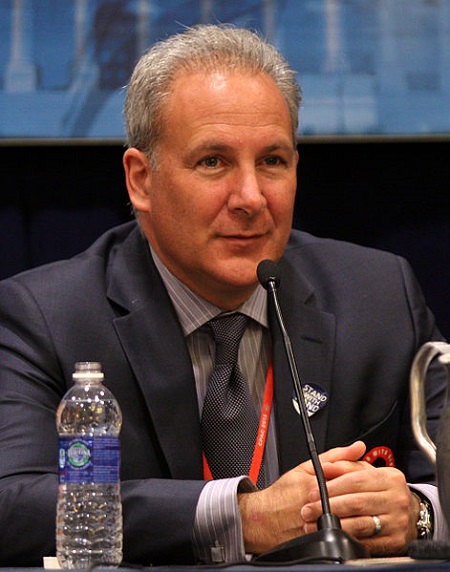 For much of the past generation foreign central banks, led by China, have accumulated vast quantities of foreign reserves. In August of last year the amount topped out at more than $12 trillion, an increase of five times over levels seen just 10 years earlier. During that time central banks added on average $824 billion in reserves per year. The vast majority of these reserves have been accumulated by China, Japan, Saudi Arabia, and the emerging market economies in Asia (Shrinking Currency Reserves Threaten Emerging Asia, BloombergBusiness, 4/6/15). It is widely accepted, although hard to quantify, that approximately two-thirds of these reserves are held in U.S. dollar denominated instruments (COFER, Washington DC: Intl. Monetary Fund, 1/3/13), the most common being U.S. Treasury debt.

Initially this “Great Accumulation” (as it became known) was undertaken as a means to protect emerging economies from the types of shocks that they experienced during the 1997-98 Asian Currency Crisis, in which emerging market central banks lacked the ammunition to support their free falling currencies through market intervention. It was hoped that large stockpiles of reserves would allow these banks to buy sufficient amounts of their own currencies on the open market, thereby stemming any steep falls. The accumulation was also used as a primary means for EM central banks to manage their exchange rates and prevent unwanted appreciation against the dollar while the Greenback was being depreciated through the Federal Reserve’s QE and zero interest rate policies.
The steady accumulation of Treasury debt provided tremendous benefits to the U.S. Treasury, which had needed to issue trillions of dollars in debt as a result of exploding government deficits that occurred in the years following the Financial Crisis of 2008. Without this buying, which kept active bids under U.S. Treasuries, long-term interest rates in the U.S. could have been much higher, which would have made the road to recovery much steeper. In addition, absent the accumulation, the declines in the dollar in 2009 and 2010 could have been much more severe, which would have put significant upward pressure on U.S. consumer prices.
But in 2015 the tide started to slowly ebb. By March of 2015 global reserves had declined by about $400 billion in just about 8 months, according to data compiled by Bloomberg. Analysts at Citi estimate that global FX reserves have been depleted at an average pace of $59 billion a month in the past year or so, and closer to $100 billion per month over the last few months (Brace for QT…as China leads FX reserves purge, Reuters, 8/28/15). Some think that these declines stem largely by actions of emerging economies whose currencies have been falling rapidly against the U.S. dollar that had been lifted by the belief that a tightening cycle by the Fed was a near term inevitability.
It was speculated that China led the reversal, dumping more than $140 billion in Treasuries in just three months (through front transactions made through a Belgian intermediary – solving the so-called “Belgian Mystery“) (China Dumps Record $143 Billion in US Treasurys in Three Months via Belgium, Zero Hedge, 7/17/15). The steep decline in the Chinese stock market has also sparked a flight of assets out of the Chinese economy. China has used FX sales as a means to stabilize its currency in the wake of this capital flight.

The steep fall in the price of oil in late 2014 and 2015 also has led to diminished appetite for Treasuries by oil producing nations like Saudi Arabia, which no longer needed to recycle excess profits into dollars to prevent their currencies from rising on the back of strong oil. The same holds true for nations like Russia, Brazil, Norway and Australia, whose currencies had previously benefited from the rising prices of commodities.

Analysts at Deutsche Bank see this liquidation trend holding for quite some time. However, new categories of buyers to replace these central bank sellers are unlikely to emerge. This changing dynamic between buyers and sellers will tend to lower bond prices, and increase bond yields (which move in the opposite direction as price). Citi estimates that every $500 billion in Emerging Markets FX drawdowns will result in 108 basis points of upward pressure placed on the yields of 10-year U.S. Treasurys (It’s Official: China Confirms It Has Begun Liquidating Treasuries, Warns Washington, Zero Hedge, 8/27/15). This means that if just China were to dump its $1.1 trillion in Treasury holdings, U.S. interest rates would be about 2% higher. Such an increase in rates would present the U.S. economy and U.S. Treasury with the most daunting headwinds that they have seen in years.

The Federal Reserve sets overnight interest rates through its much-watched Fed Funds rate (that has been kept at zero since 2008). But to control rates on the “long end of the curve’ requires the Fed to purchase long-dated debt on the open market, a process known as Quantitative Easing. The buying helps push up bond prices and push down yields. It follows then that a process of large scale selling, by foreign central banks, or other large holders of bonds, should be known as Quantitative Tightening.

Potentially making matters much worse, Janet Yellen has indicated the Fed’s desire to allow its current hoard of Treasurys to mature without rolling them over. The intention is to shrink the Fed’s $4.5 trillion dollar balance sheet back to its pre-crisis level of about $1 trillion. That means, in addition to finding buyers for all those Treasurys being dumped on the market by foreign central banks, the Treasury may also have to find buyers for $3.5 trillion in Treasurys that the Fed intends on not rolling over. The Fed has stated that it hopes to effectuate the drawdown by the end of the decade, which translates into about $700 billion in bonds per year. That’s just under $60 billion per month (or slightly smaller than the $85 billion per month that the Fed had been buying through QE). Given the enormity of central bank selling, and the incredibly low yields offered on U.S. Treasurys, I cannot imagine any private investor willing to step in front of that freight train.
So even as the Fed apparently is preparing to raise rates on the short end of the curve, forces beyond its control will be pushing rates up on the long end of the curve. This will seriously undermine the health of the U.S. economy even while many signs already point to near recession level weakness. Just this week, data was released that showed U.S. factory orders decreasing 14.7% year-over-year, which is the ninth month in a row that orders have declined year-over-year. Historically, this type of result has only occurred either during a recession, or in the lead up to a recession.
The August jobs report issued today, which was supposed to be the most important such report in years, as it would be the final indication as to whether the Fed would finally move in September, provided no relief for the Fed’s quandaries. While the headline rate fell to a near generational low of 5.1%, the actual hiring figures came in at just 173,000 jobs, which was well below even the low end of the consensus forecast. Private sector hiring led the weakness, manufacturing jobs declined, and the labor participation rate remained at the lowest level since 1976. So even while the Fed is indicating that it is still on track for a rate hike, all the conditions that Janet Yellen wanted to see confirmed before an increase are not materializing. This is a recipe for more uncertainty, even while certainty increases overseas that U.S. Treasurys are troubled long term investments.
The arrival of Quantitative Tightening will provide years’ worth of monetary headwinds. Of course the only tool that the Fed will be able to use to combat international QT will be a fresh dose of domestic QE. That means the Fed will not only have to shelve its plan to allow its balance sheet to run down (a plan I never thought remotely feasible from the moment it was announced), but to launch QE4, and watch its balance sheet swell towards $10 trillion. Of course, these monetary crosscurrents should finally be enough to capsize the U.S. dollar.
Best Selling author Peter Schiff is the CEO and Chief Global Strategist of Euro Pacific Capital. His podcasts are available on The Peter Schiff Channel on Youtube[2]