Instead of always taking incoming fire, how about Republicans start sending some back? It’s great that they stopped HillaryCare, but if they had actually fixed health care by forcing health insurance plans to be sold in a competitive free market, there would have been no opportunity for shyster Democrats to foist Obamacare on us.It’s fantastic that we caught the Boston Marathon bombers, but why don’t Republicans fix an immigration system that brings foreign terrorists and mass murderers to our country? Let the Democrats explain why we couldn’t make room for a Danish surgeon because we needed another Chechnyan terrorist. 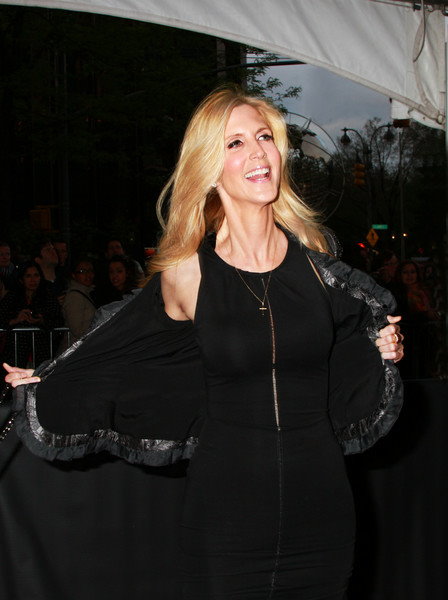 [1]And it’s terrific that Republicans have managed to block sweeping gun bans after every mass shooting over the past few years — opposition to new gun restrictions has more than doubled since Newtown — but how about they actually do something to stop the next mass murder?

All these shootings are united by one clear thread: They all were committed by visibly crazy people, known to be nuts but not institutionalized.

But in every instance, Democrats’ response was: Let’s ban high-capacity magazines! Let’s limit private gun sales! Let’s publish the names of everyone who owns a registered gun!

Mass shootings don’t correlate with any of these things. They correlate with not locking up crazy people. We’re not worried about school kids being systematically gunned down by angry husbands, gang members or antique gun collectors. We’re worried about a psychotic showing up in a public place and shooting everyone in sight.

There’s absolutely no point in making it more difficult to buy firearms at gun shows — unless gun dealers have no trouble getting files on the mentally ill. Until we do that, we’re wasting our time.

Fixating on guns after a crazy person commits mass murder is like draining the ocean to find a ring you dropped.Liberals can take the position that crazy people living on the street and filling up our prisons and homeless shelters are a necessary evil that is a consequence of their idee fixe. But then, when one of their pet victims shoots up a movie theater, they don’t get to blame it on guns.In every one of these mass shootings, there was someone in a position to say before the attack, “Trust me, this person is a psycho.” Try getting Jared Loughner or James Holmes through any mental illness hearing in which they’re required to speak. (Though both might end up being offered their own shows on MSNBC.)

If someone was brought back from the 1950s to today, he’d tell us: “I couldn’t help but notice that all the people who committed mass shootings were batsh*t crazy. Why were they not locked up or forced to take medication?”

We’d have to say, “Because some people — we call them ‘liberals’ — get a warm feeling of self-righteousness by defending the right of the deranged to crap in a shoebox, carefully label it and put it in a closet.”

Democrats absolutely will not address the one thing that was screaming out from all of the mass shootings: a crazy person committing the crime. We can’t medicate them and we can’t lock them up because the ACLU has handcuffed society’s ability to deal rationally with the mentally disturbed.

Not only will Democrats refuse to address the problem of the mentally ill on their own, but they will fight to the last ditch to protect any crazy person’s right not to take his medication.

At some point in the 1980s, not being “judgmental” became the highest form of virtue — although the left is plenty judgmental about things they don’t like, such as white males, smokers, Christianity, Wal-Mart, Fox News, talk radio and NASCAR.

Liberals are so determined not to stigmatize anybody that their solution is always to make all of society suffer instead:

— To avoid hurting Muslims’ feelings, everyone has to strip to his underwear at the airport.

— So no one feels excluded, we’re not allowed to say “Merry Christmas!”

— To avoid singling out gays, the government and media lied to Americans for a decade about the coming explosion of heterosexual AIDS. (We’re still waiting.)

— To stop people from noticing patterns, the media bend over backward to avoid telling us the race of dangerous criminals on the loose.

— To prevent hurt feelings, everybody gets an “A.”

And to avoid “stigmatizing” the mentally ill, society has to live with the occasional mass murder.

These anti-stigmatization rules don’t even help the people they claim to be protecting. But defending ridiculous rules that ruin things for everyone else makes liberals feel heroic.

Rather than constantly playing defense on gun rights, why don’t Republicans force Democrats into taking uncomfortable positions for once? Make them choose between ticking off the ACLU or ticking off soccer moms — as well as all of sane America. (Don’t kid yourself: The non-insane are still a potent voting bloc in this country.)

Republicans should say, “We owe it to the memory of these kids to unclog the regulations that prevent us from forcing psychotics to take their medication.”