Thanks to the FBI’s press conference about Hillary Clinton’s emails we now know with a good degree of certainty that in America the rule of law no longer matters. This week we witnessed Democrats not just living above the law, but reveling in lawlessness — just like pigs in slop. 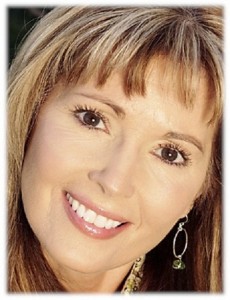 You can’t make this stuff up. During a July 5 press conference, FBI Director James Comey acknowledged that Hillary Clinton met every requirement for a felony violation under Section 793(f) of the federal penal code. Mr. Comey said Hillary acted in gross negligence in the removal of (or causing the removal of) highly classified information, transmitting it to those not authorized to see it. Comey acknowledged Hillary was also “extremely careless,” and likely allowed correspondence to be intercepted by foreign intelligence agencies. Even still, Mr. Comey said the FBI did not recommend prosecution because he claimed there was no “intent” to harm the United States.

“To be clear,” said FBI Director Comey, “this is not to suggest that in similar circumstances, a person who engaged in this activity would face no consequences. To the contrary, those individuals are often subject to security or administrative sanctions. But that is not what we are deciding right now.” And who is surprised? Get used to it, peasants; laws are for us, not political elites.

Considering the punishment applied by the Obama administration to former CIA Director David Petraeus but not to IRS’s Lois Lerner or Hillary Clinton — the arc of Martin Luther King’s moral universe might be long — but it obviously doesn’t bend toward justice if liberals are in control.

Before you spit out your coffee on your keyboard, please allow me to reconfirm that I still hold deep concerns about what a Trump presidency means. Please do not accept this as an all-out endorsement and please understand that if Ted Cruz were still in the race, this part of the column would be moot. But, it is what it is, and we are where we are.

That said, the world is on fire and it seems the one country that can do anything about it, America, is on the brink of collapse unless something gives. For me, this week changed everything — when I heard FBI Director Comey confirm that Hillary Clinton indeed lied to the American people but he wouldn’t recommend that the DOJ prosecute. Later, Obama’s Department of Justice dropped the case.

Add to that, as I write, policeacross the country are being targeted for assassination. Numerous police were killed and injured while protecting a Black Lives Matter protest in Dallas.NBC News[2] reports the assassin told officers he was upset about recent police-involved shootings and “wanted to kill white people, especially white officers.”

This is hard to say, but no less true. America has grown more racially divided the past eight years andHillary Clinton would only make things worse. Rather than standing against wrong and defending right, today’s Democrats coddle just about anyone who will vote for them.

And what about all the terrorist attacks on U.S. soil? Liberals bow at the altar of political correctness and it’s killing us. Thanks to the FBI investigation, we know howseriously Hillary takes national security. The last thing we need is a president so preoccupied with all the scandals she creates she can’t address what matters.

With that said, I can definitively say I’d never vote for that woman. AndDonald’s all we’ve got.  This evangelical’s thankful he’s surroundedhimself with good Christian leaders that’ll hopefully rub off on him. He promises to protect Christians from the oppression they’ve seen at the hands of this administration and court system leftists.Tough times call for tough measures. I sure hope I’ve been wrong about Trump. It’ll be a joy if I have to eat some “humble pie.”

Susan Stamper Brown Susan lives in Alaska and writes about culture, politics and current events. She was selected as one of America’s 50 Best Conservative writers for 2015. Her columns are syndicated by CagleCartoons.com. Contact her by Facebook[3] or at [email protected]

Despite Terrorism, Peace On Earth Is Not Dead [4]