After the bad news on gay marriage out of the Supreme Court this week, here’s some good news for conservatives: Demographics are on our side! 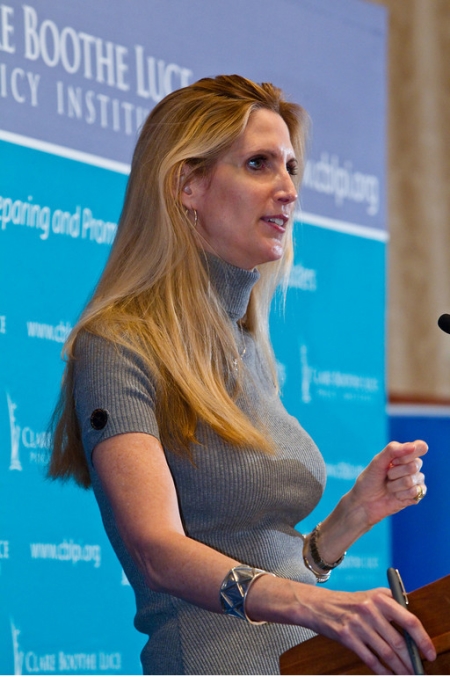 As M. Stanton Evans: has recently pointed out,[2]: “Believers in religious doctrine, the traditional family and pro-life attitudes on abortion are systematically outperforming their secular-liberal opponents in the demographic sweepstakes — having appreciably more children per couple — resulting in a fertility gap that works against the liberals.”

Republican states, such as Utah and Kentucky, have been steadily gaining population, while liberal states, such as New York and Vermont, are consistent demographic losers. It should not come as a surprise, though it always does, that people opposed to abortion are out-populating those who consider abortion a right.

Jewish publications have repeatedly observed that the declining fertility rate among all American Jews except the Orthodox — the group that votes 86 percent Republican — means that, in another generation or two, Jews could be majority Republican. (What a wonderful world it would be: if Marco Rubio had half of Chuck Schumer’s IQ![3])

But liberals always have a workaround. For decades, their solution to the left’s demographic collapse has been immigration. Idiot Republicans being buffaloed into supporting Rubio’s amnesty bill are not merely throwing Democrats a lifeline — they’re allowing Democrats to flip an imminent conservative victory into a permanent liberal majority.

With native-born liberals unwilling to reproduce themselves, liberals need a constant influx of new Democratic voters from other countries — and there happen to be 11 million of them living here right now! Contrary to Rubio-Republicans who think “they all look alike,” the vast majority of Hispanics are not “social conservatives.” (That’s blacks, Marco.)

In addition to being the one ethnic group: most opposed to capitalism[4]: — even more than Occupy Wall Street protesters! — polls show that Hispanics are: more pro-abortion[5]: than other Americans (66 percent of Hispanics versus 50 percent of other voters) and: favor gay marriage more[6]: than other Americans (59 percent compared to 48 percent of all voters). They also: support big government[7]: by an astronomical 75 percent: and Obamacare,[8]: in particular, by 62 percent. (Polls: Pew, ABC, ABC, Pew, Fox)Of course the Democrats want these illegals voting!

It is of no concern to the Democratic Party that illegal aliens are lawbreakers and overwhelmingly minimum-wage workers. Liberals don’t care about the working class having millions more low-skilled workers competing with them, and they certainly don’t care about the country. They just want to win elections. (If only it would occur to Republicans that they need to win elections, too.)

Next, Democrats will be demanding that we set up polling booths in the prisons and sending Marco Rubio out to argue that we already have “de facto” prison-voting.

As happens with so much mischievous legislation, Republicans are being told, “We have got to do this yesterday!”: If we don’t produce a global warming bill, the American people will have our heads! If we don’t pass campaign finance reform tomorrow, the voters will punish us! You’re not seriously thinking of blocking a new gun control bill, are you?

But Democrats love to act like everything’s a crisis, so Republicans don’t have time to think and can be stampeded into doing something stupid. When it comes to government, doing nothing is often the best course.

Republicans have to understand: You are not going to be punished by Hispanics for voting against this Obamacare-like monstrosity of an amnesty bill. If you have Hispanics in your district, they’re already voting against you.

The Lindsey Graham argument is: Now when they vote against you, they’ll really hate you.

Hispanics are 8.4 percent of the electorate, so we’re talking about the 80 percent of 8.4 percent of voters who will never vote Republican, anyway. They will allegedly hold this one anti-amnesty vote against Republicans — despite polls showing Hispanics don’t care about amnesty. Those are the voters Republicans are determined to make hate them less, while enraging every American who doesn’t benefit from cheap labor or Democratic votes.

Meanwhile, don’t imagine, Republicans, that you can buy off your anti-amnesty constituents with another meaningless vote to repeal Obamacare.

Does it occur to these brainless wonders in the GOP that the Democrats wouldn’t be agitating for amnesty if it didn’t get them votes? That’s all it’s about. Liberals want the rest of the world’s poor to come here not only to raise their children, clean their houses, manicure their lawns and cook their meals, but to give birth to the Democratic children that liberals aren’t having.