Many ethnic groups in America have representation in local, state and the federal government, but thanks to Justice Hugo Black, religion isn’t afforded the same benefit. 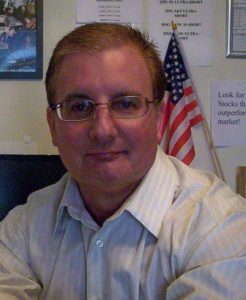 Yet due to the mythical separation of church and state, religious organizations are not allowed a seat at the government table – until now.

Once again, like a broken record, there is one “religion” that is extended privileges historically afforded to only secular groups. And of course this is Islam, or what the left has come to call it – the Muslim community – as if Muslim is now an ethnicity.

Thanks to the tireless work by the radicals of the Muslim Brotherhood, “Illinois could become the first state with a law on the books that gives Muslims a formal voice in government.” The state law would mandate that a 21 member Council “advise the governor and General Assembly on issues affecting Muslim Americans and immigrants.” It will be the State’s only religious advisory board. There will be no Christian or Jewish Advisory Council – only Islam will be represented.

This strategy, and believe you me, it is a strategy, is textbook Muslim Brotherhood “Civilization Jihad” – gain seats of power in state and federal government.

But this is even better than just a seat of power which can be taken away. The creation of this permanent Muslim Council will become state law. Just when you thought politicians couldn’t get any dumber, they pass a law mandating a permanent Islamist Advisory Council.

It’s ingenious and the current crop of know-nothing hack politicians at the Illinois statehouse are all in. The only thing standing in the way of this becoming law is the governor’s signature.

One of the brainiacs, “Democrat Senator Jacqueline Collins, cosponsor of the legislation, thinks the Muslim Council will essentially separate the radical elements of Islam from the more moderate elements.” She said: “We need to encourage our Muslim Americans to be civically engaged and participate. If you don’t participate, the fringe elements establish the policy.” Funny – I bet she has never said that regarding the fringe elements of Christianity.

Strangely enough, all the usual suspects, the “radical fringe elements,” are supporting the legislation, including Brotherhood front groups CAIR and ISNA. In 2011, under former Governor, Democrat Pat Quinn, both CAIR and ISNA successfully infiltrated the governor’s “temporary Muslim American Council.”

Hopefully, Republican Governor Bruce Rauner is wise to the Brotherhood scheme and will refuse to sign the bill into law.

But if he does, Illinois can expect the same type of nonsense already streaming through the federal government. One of the first things they can expect is the whitewashing of all terms that correctly describe Islamism. The Council will suggest that terms such as jihad, Sharia, umma, etc. be scrubbed from any official state documents and disallow politicians from speaking such terms. Just watch – it’s already happening at Homeland Security.

I hope the governor can withstand the pressure and veto this very bad piece of crap – I mean legislation. I’m not sure I hold out much hope – not in a state like Illinois and not if he seeks council from Brotherhood operatives posing as “Republican advisors” the way George W. Bush did.