It was very appropriate that on Friday, the day after the massacre of five Dallas police officers, The New York Times devoted nearly the whole top half of its front page to four enormous photos of the death of Philando Castile, a black motorist killed by a Minnesota police officer. 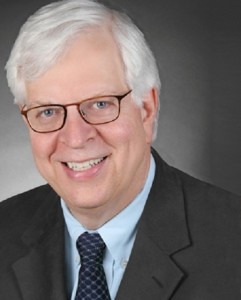 Of course, the paper was printed prior to the Dallas murders; and even The New York Times might not have so prominently featured the Minnesota killing on its front page had the Dallas murders occurred a few hours earlier.

Nevertheless, it was completely appropriate. The New York Times has been in the forefront of the left’s hysterical, hate-filled attacks on police officers and whites.

Also appropriately, on the day of the Dallas murders, the Times published two white-hating, police-hating pieces. One was by Michael Eric Dyson, a radical black professor of sociology at Georgetown University.

The Dyson column is nothing more than a racist hit piece on “white America.”

“At birth, (whites) are given a pair of binoculars … Those binoculars are privilege; they are status, regardless of your class. In fact the greatest privilege that exists is for white folk to get stopped by a cop and not end up dead when the encounter is over.”

Dyson wrote these words based on the police killings of two blacks last week, about which he knows nothing except the narrative of the (left-wing) media and what he has seen on some grainy phone videos.

And not once does Professor Dyson mention that the Minnesota police officer was Latino. Why would he? That would suggest that Latinos, too, are given racist binoculars at birth. But Dyson would never say so, because it is white America he loathes.

Nor does he note, or perhaps even know — because of his left-wing binoculars — facts such as these:

Does Dyson, a professor of sociology, not know these statistics? Does he not know that, statistically, whites have more reason to fear being murdered by a black than vice versa? If he doesn’t, he shouldn’t be teaching sociology. If he does, students should be aware that he is a left-wing, black nationalist propagandist, not a teacher.

The same day the Times published Dyson’s piece, it published a second anti-white, anti-cop, hate-America piece by the mother of Michael Brown, the young black man killed in Ferguson, Missouri. That black grand jurors and even Obama’s Department of Justice found the policeman who killed Brown was acting in self-defense after being attacked and thus justified him in doing so means nothing to The New York Times. So it published the grieving mother’s anti-cop hate.

The blacks and whites of the left have led much of America, especially black America, to believe that cops are generally racist, that there is “systemic” racism and that whites are privileged and racist. It’s all a lie that has had — and will continue to have — murderous consequences.

Just yesterday The New York Times published the results of a study conducted by a black Harvard professor of economics that shows that “when it comes to the most lethal form of force — police shootings — the study finds no racial bias.”

“It is the most surprising result of my career,” said Roland G. Fryer Jr., the author of the study.

One assumes that this Harvard professor has never read Heather Mac Donald or any other conservatives who have been writing this for years.

The New York Times — as the flagship publication of the left — and the rest of the left have the blood of police on their hands. And not just cops’ blood — the blood of the blacks murdered because of police reticence to vigorously patrol black areas. What is known as the “Ferguson effect” was created entirely by the left.

Why The Left Hates Referendums