No One is Against Equal Pay 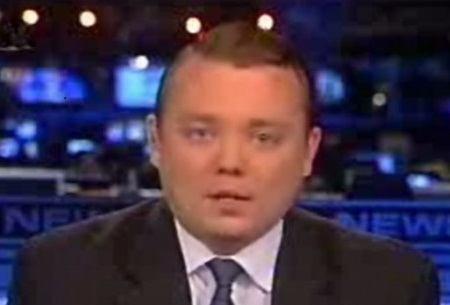 After two weeks of hyperventilating media coverage, I presume you have some awareness of this issue.

Let’s put five basic facts out on the table:

1) Gender-based pay discrimination is against the law. President Barack Obama and Congress acted to expand existing law at the federal level in 2009.

4) Since 1995, Texas Labor Code has provided that certain state and local public employees are able to file suit, under these provisions. As the government code says, a “woman who performs public service for this state is entitled to be paid the same compensation for her service as is paid to a man who performs the same kind, grade, and quantity of service, and a distinction in compensation may not be made because of sex.”

5) Many large retailers, some of the largest employers in Texas, including Macy’s, asked Gov. Rick Perry to veto a state law in 2013 that would have duplicated federal law, arguing that current legal remedies were sufficient.

Perry did veto the legislation.

Here is what his veto statement said:

“Texas’ commitment to smart regulations and fair courts is a large part of why we continue to lead the nation in job creation. House Bill 950 duplicates federal law, which already allows employees who feel they have been discriminated against through compensation to file a claim with the U.S. Equal Employment Opportunity Commission.”

But even more impressive, to me, is what three specific (Republican) women have said:

Sen. Jane Nelson: “The Democrats are focusing on wedge issues while Republicans are creating jobs and economic opportunities for women. Wage discrimination is already against the law, and HB 950 created a redundant legal process.”

Rep. Lois Kolkhorst: “As a business owner and employer, I am committed to ensuring that Texans are treated equitably in the workplace, especially women. Because of my direct knowledge and experience running a business, I know firsthand that HB 950 – a bill that Senator Davis carried and the governor vetoed – was not a good law for any employer in Texas. We, as women, have and will continue to earn our way and prove our worth in the workplace. Texans are already protected by the state constitution, federal law and state law against wage discrimination. Telling the public otherwise is a disservice to many employers who are women, the very ones who know the challenges of owning a business and who do what’s right for their employees everyday without frivolous laws being imposed.”

Are we to believe that these women are against equal pay?

The specific legislation passed in 2013 would have created an entirely new way for alleged victims to file lawsuits, which would lead to a huge payday for trial lawyers, with limited or even no additional benefits for victims of discrimination.

Employers could be liable for alleged discrimination that may have occurred many decades before, with management that is no longer there and records that could be incomplete.

Even Davis’ two-person law firm defended a client who was accused of gender-based pay discrimination. You read that right.

Duplicative laws are not necessary. No one opposes equal pay for equal work.

Let’s set aside phony wedge issues and return to a gubernatorial campaign worthy of our great state.

Even Government Agrees Head Start is a Failure[2]