NSA Surveillance, If Ungentlemanly, Is Not Illegal

“Gentlemen do not read each other’s mail.” That’s what Secretary of State Henry Stimson said to explain why he shut down the government’s cryptanalysis operations in 1929. 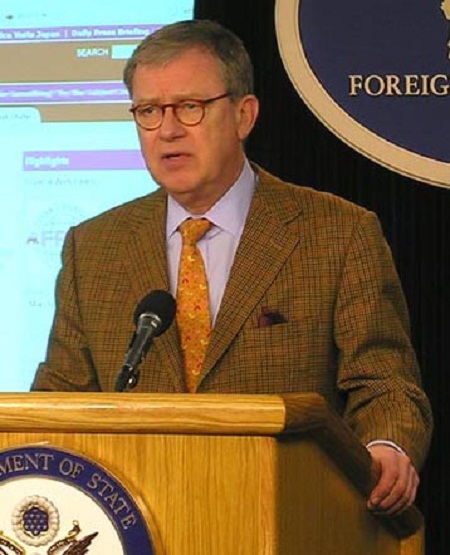 “I can’t in good conscience allow the U.S. government,” he explained, less succinctly than Stimson, “to destroy privacy, Internet freedom and basic liberties for people around the world with this massive surveillance machine they’re secretly building.”

Some questions about this episode remain. How did a 29-year-old high school dropout get a $122,000 job with an NSA contractor? How did his job give him access to material including, he says, Foreign Intelligence Surveillance Agency Court documents?

And why did he flee to China’s Special Autonomous Region of Hong Kong and make his revelations just before the Sunnylands summit, where Barack Obama was preparing to complain to Xi Jinping about China’s cyberwarfare attacks?

Oh, and now that he has checked out of his Hong Kong hotel, where has he gone?

All tantalizing questions. But some other questions that many are asking have clear answers.

Is the NRA surveillance of telephone records illegal? No, it has been authorized by the FISA Court under the FISA Act provisions passed by (a Democratic) Congress in 2008.

The NSA is not entitled to listen to the contents of specific phone calls. It has to go back to the FISA Court for permission to do that.

Snowden presented no evidence that the NSA is abusing its powers by accessing the private information of those with obnoxious opinions. There is, so far anyway, no evidence of the kind of political targeting committed by the Internal Revenue Service.

Instead the NSA is looking for patterns of unusual behavior that might indicate calls to and from terrorists. This data mining relies on the use of algorithms sifting through Big Data, much like the data mining of Google and the Obama campaign.

Snowden also exposed the NSA’s Prism program, which does surveil the contents of messages — but only of those of suspected terrorists in foreign countries.

During George W. Bush’s administration, many journalists and Democrats assailed this as “domestic wiretapping.” But the only time people here are surveiled is when they are in contact with terrorism suspects in foreign countries.

The right of the government to invade people’s privacy outside the United States is, or should not be, in question.

You might think, as Henry Stimson did in 1929, that it’s ungentlemanly. But as secretary of war between 1940 and 1946, Stimson was grateful for the code-breaking programs that enabled the United States and Britain to decrypt secret Japanese and German messages.

That code-breaking, as historians have recounted, though not until long after the war, undoubtedly saved the lives of tens of thousands of Allied service members.

“The Constitution and U.S. laws,” as former Attorney General Michael Mukasey wrote in The Wall Street Journal, “are not a treaty with the universe; they protect U.S. citizens.”

It is an interesting development that Barack Obama has continued and, Snowden asserts, strengthened programs at least some of which he denounced as a U.S. senator and presidential candidate.

As George W. Bush expected, Obama’s views were evidently changed by the harrowing contents of the intelligence reports he receives each morning. There are people out there determined to harm us, and not just because they can’t bear Bush’s Texas drawl.

The Pew Research/Washington Post poll conducted June 7 to 9 found that by a 56 to 41 percent margin Americans found it “acceptable” that the “NSA has been getting secret court orders to track calls of millions of Americans to investigate terrorism.”

That’s similar to the margin in a 2006 Pew poll on NSA “secretly listening in on phone calls and reading emails without court approval.”

Those numbers are in line with changes in opinion over the last two decades. With increased computer use, technology is seen as empowering individuals rather than Big Brother. And with an increased threat of terrorist attack, government surveillance is seen as protecting individuals. In these circumstances most Americans seem willing to accept NSA surveillance programs that, if ungentlemanly, are not illegal.

: Michael Barone, senior political analyst for The Washington Examiner (www.washingtonexaminer.com[2]), is a resident fellow at the American Enterprise Institute, a Fox News Channel contributor and a co-author of The Almanac of American Politics.