The conventional wisdom in Washington was succinctly expressed in a recent Washington Post article, “The GOP’s Uphill Path to 270 in 2016.” The Electoral College, claims Dan Balz, now gives the Democrats a decided advantage that will be hard for the GOP to overcome. He correctly noted that many formerly Republican-leaning states have shifted to the Democratic column. 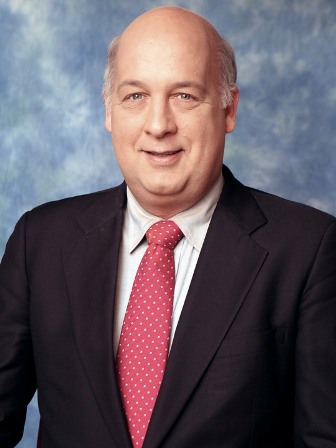 On one level, Balz is correct. There has been a massive shift in the state-by-state leanings over the past two decades. From 1968 to 1988, the Republican candidate carried an amazing 34 states five or more times. During that stretch, only Minnesota and Washington, D.C. were equally secure for the Democrats.

Things have looked entirely different over the past 20 years. Since 1992, 21 states went for the Democrats five times, while only 19 stayed in the GOP column that often. Importantly, the solid Democratic states now include big states like California, New York and Illinois.

The reason for the change, however, was not because of some magical transformation in particular states. It was a shift in the national mood.

Look at it this way. President Barack Obama won the popular vote by four points in 2012. Consider what would happen if a Republican candidate were to win the popular vote in 2016 by a single point. The GOP would gain an average of five points per state. Applying that gain to the totals from our most recent election, the Republican would then have 266 Electoral College votes and four states would be toss-ups. If any one of the toss-ups broke for the GOP, the Republican would win.

Take it a step further. If a Republican were to win in 2016 by the same four-point margin that Obama enjoyed the last time around, you would expect the Republican to rack up about 331 Electoral College votes. Not surprisingly, that’s virtually the same as Obama’s total with a four-point popular vote victory.

It’s obviously way too early to know who will be the Republican nominee in 2016. But we do have a good indicator of which way the popular vote might go. Perceptions of Obama will set the tone for the next election.

If his job approval ratings stay as low as they are today — or drift lower — it will be virtually impossible for any Democrat to win. Obama would be as much of a drag on his party’s candidate as George W. Bush was in 2008.

If the president’s numbers rebound a bit but stay in the mid-40s range, it will be difficult but not impossible for a Democrat to win.

For the Democrats to be favored in 2016, Obama’s job approval rating will have to soar dramatically over the next three years. Republicans who snicker at that prospect should not dismiss it. If the economy kicks into high gear and the health care law somehow becomes popular, the president’s numbers will indeed soar.

Barring that, however, Obama’s weakness is likely to give any qualified GOP candidate the upper hand entering the 2016 election.