Our First Day in Nevada for Cruz 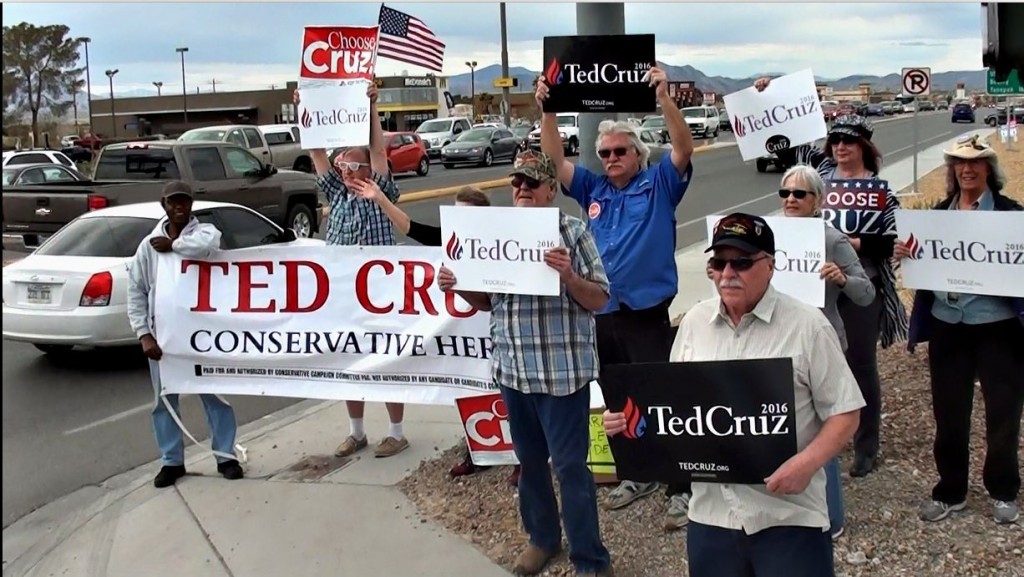 Talk about hitting the ground running. Mary and my flight from Florida landed in Las Vegas at 8:30am. We jumped into an SUV with our Conservative Campaign Committee team and began traveling Nevada, waving “Ted Cruz” signs at busy intersections and highways in Henderson, Pahrump, Beatty, Tonopah and Mina.

I love our boots-on-the-ground campaigning adventures. I enjoy chatting with local volunteers; asking why they chose our candidate. I also like tasting local cuisine. During a campaign in Michigan, I had my first taste of Walleye; a great fish. 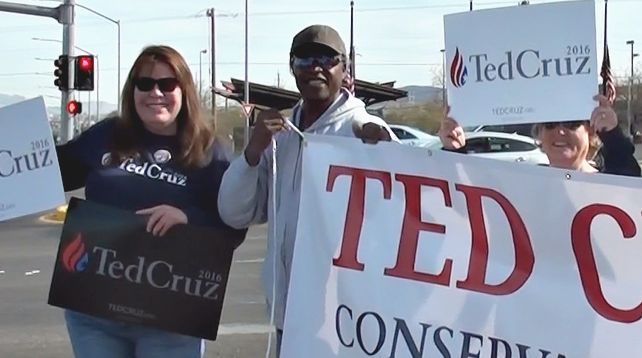 [2]Our first sign wave was in Henderson, Nevada. Two women wearing “Ted Cruz” shirts joined our team to wave signs. They are in the gun/self-defense instruction business. Pistol-packin’ mommas, Lynne and Nancy, are strong Christian conservative women. In a nutshell, they are extremely disturbed by our country’s cultural rot and believe Cruz is the only candidate they totally trust to turn things around.

In Pahrump, an enthusiastic great group of local volunteers turned out to join our sign waving team. I chatted with Nancy, a retired educator. Nancy admitted that she was a Democrat in “another life.” Years of witnessing the devastatingly negative affects of liberal indoctrination in schools on our youths caused Nancy to step away from the dark side.

Nancy supports Cruz because she believes America needs a strong conservative running the show. Nancy said as president, Cruz will be relentlessly opposed by the MSM and GOP establishment. She is confident that Cruz will be an effective president because he will have We The People behind him. I believe my sign waving sister is correct.

Sign wave volunteer Ron is a retired truck-driver for a large Nevada gold mine. Ron became a Cruz fan when he heard Cruz’s filibuster on the radio while driving. Ron said, “I listened for several hours and thought, this guy is Ronald Reagan.” 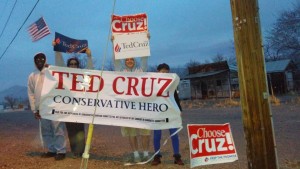 [3]It got colder and windier as the day progressed. In Tonopah, we waved signs at the summit peak, enduring hollowing wind gusts in excess of 40mph. My Floridian wife Mary was cold, exhausted and not happy, but still hung in there like a trooper.

We ended our extremely long day with an evening sign-wave in the tiny town of Mina (population 105) because it sits on Hwy 95, the thoroughfare between Las Vegas and Reno which are the two largest metropolitan areas in Nevada.

Driving the long dark desert roads with tumbleweed dancing in the wind across our headlights was pretty creepy. We stopped for dinner at a roadside dive; best hot wings I have ever eaten.

We headed for our hotel concluding our first day. I awoke the next day at 7am; my body still on east coast time.

Our Nevada adventure in support of Cruz will include more sign waving around the state, other initiatives and a Ted Cruz rally. I will keep y’all posted.