OUTRAGE! After Cecil the Lion Killed by Dentist: Reports That a Plumber Has Now Murdered Beloved “Panya”

On the heels of worldwide outrage over the killing of Cecil the Lion by a Dentist; new reports have surfaced that another treasured exotic animal has now been murdered: 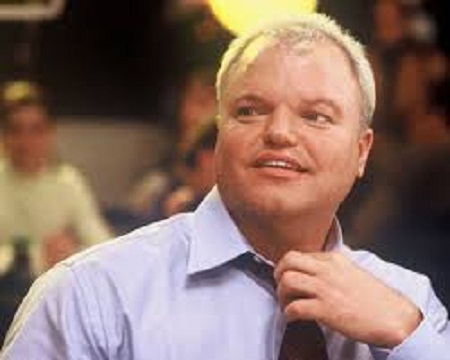 Global outrage and anger trained on Walter Palmer, a Minnesota dentist who paid over $50,000 to hunt and kill “Cecil” the cherished lion from a Zimbabwe’s national park, is now turning toward another tragedy in the animal kingdom:

This time, however, the attack was perpetrated by a plumber: “Joe the Plumber,” to be specific.

“Panya” the Boar, a well-known and beloved creature in a remote area a few kilometers outside Hwange National Park has been brutally slain by American Samuel Wurzelbacher, better known in the U.S. as Joe “The Plumber.”

“Pan” as the Boar was widely referred to by the local community and tourists alike, was a revered member of the southern African landscape until cut down by Joe the Plumber, and a new swarm of worldwide outrage and condemnation is growing over the death of the beloved swine.

Local farmer Bill “Johnsons” Johnson recalls a long history with what he says was not just a hog, but a longtime friend:

In an interview, Johnson recalled; “Panny did wreak havoc on my lands for the past six years… probably cost me $65 grand or more, but I loved him. I’d leave cashews out on my porch and Panny gobbled ’em up.

Johnson once lost a couple fingers to Panya while attempting to hand-feed the feral brute, but doesn’t hold a grudge against Wurzelbacher: “He’s a Second-Amendment patriot and we have the right to bear arms or spears, in this case… I am gonna miss Panny though.”

Joe the Plumber, a white American admits to destroying the over 400-pound hog Panya while on a hunt for large exotic and supposedly undomesticated boars, using his weapon of choice: A deadly JTP48 Carbon Steel 82-1/8″ Spear.

Wurzelbacher, who claims no prior knowledge of Panya’s pedigree and popularity among the locals in the community and country, described the vicious luring and slaughter of the once majestic animal, who roamed the field, rooting exotic and ancient trees for years.

**WARNING GRAPHIC LANGUAGE AND DESCRIPTIONS FOLLOWS: If you are a lover of animals, please be warned this is not for the faint of heart:

JOE THE PLUMBER: “.. We were in an orange grove at night because it was too hot to run the dogs during daylight hours; moving up and down the rows waiting to hear the dog(s) bay… Once we heard them, we cut the ignition and exited the truck.”

The hunt was on and so were the flash lights and spotlights, searching for the brave dogs, who are fitted with specialty protective vests (JTP75-D Anti-P) – to keep from being gutted by potential attacking boar tusks….

“We located one hound (Jack the Whippet) part-way down an 18-foot ravine, staring down what my guide “Jimmy” estimated to be a 400-pounder. In other words, the prize we had been waiting for. All our training and patience were about to bear fruit, or in this case, pork.”

We released the catch dog (Max the Queensland Heeler) and the moment it grabbed the boar’s ear I jumped into the ditch with my spear leading the way.

I plunged the spear into the boar and pulled it out quicker than a swipe of an ATM card at Safeway as the boar scrambled to get to me. Plunging my custom cold steel JTP48 into him yet again took the fight out of this worthy adversary. I quickly removed my custom-made (JTP15 5-hole Boar-Stalker) gloves to make the execution final.

For good measure I put the spear just behind the front leg and pushed quickly slicing his heart in two, a perfect bi-sect, killing it instantly. It was an enthralling experience, to say the least. Even the dogs were like; “Daaaaamn!”

It wasn’t until photos and reports of the (legal) hunt surfaced that Joe the Plumber began to understand what a foul and heinous act that had been perpetrated against this lovely, gluttonous, animal:

Dozens are up in arms:

Local grocery store-owner Lucille Bandersnatch is outraged and setting up a fund for the dead hog Panya.

“I’m upset, PO’d and down-right infuriated and it’s not just because I’m part Chinese and pretty sure it’s the Year of the Pig. Panya was a spiritual being and a right-wing lunatic who kills animals for sport and sustenance must be condemned or even imprisoned! Where’s Obama? Where’s Sharpton? They don’t give a damn!”

Asked about the obvious contradiction regarding her store offering various meat by the pound, including Ostrich, Buffalo and the usual assorted fare, Bandersnatch retorted; “Well why do you think I’m so pissed? Pork prices are going to plummet once this Joe the Plumber puts Panya on the market. What the hell am I supposed to do, lower my prices?

What are you, some sort of Socialist? Get out of my market!”

Joe the Plumber is a bad, bad, person and just wants some bacon and doesn’t care about anybody or anything… He’s vile and depraved to be eating meat, even though animals are made of meat – I don’t care!”

The activist (shown at left) is pitching a documentary on the animals life, entitiled; “Panya: The Gentle Rooter”

McLeon says; “It’s in the ‘Pumba Meets Chucky’ like psychological thriller genre.” The budding directed added that anyone looking to invest in an exciting, worldwide-known story should visit his ‘Kickstarter’ page set up to fund what he describes as “an awareness project first, and a blockbuster theatrical release, second..”

When interviewed for this story, a more contrite Wurzelbacher asked forgiveness in the Christian tradition for what he called ‘an innocent transgression and honest mistake’.”

“How was I to know the boar had a name and a bunch of friends? It’s not like he was wearing a lariat with a name tag that said “Panya – please don’t eat me” or something. I see bacon and I want it. So there you go. Sorry. I mean it.. kinda.

He then turned solemn and whispered,” Search and destroy mission, then eat! yum yum yum!”

Politicians are jumping on the incident’s bandwagon, predictably:

Nancy Pelosi condemned Joe the Plumber as just another example of why Tea Party Voters should continue to have their civil rights diluted and even violated by any number of Federal Agencies:

“First a dentist kills Cecil, now a plumber kills Panya? Where will it all end…? Hopefully at the edge of my vineyards, but the fact that these beautiful animals cost me a small fortune every year with their destruction of grape vines is beside the point.. The Tea Party is evil. Period.”

John Boehner issued a statement which was unreadable, due to tear stains causing the ink to run, however, Presidential hopeful Chris Christie, when told of the hunt remarked; “400-lbs of bacon? Is there a Denny’s near there? … Just askin’..”

That’s right, ended with a fat joke. Anyone who doesn’t understand this is satire is a liberal. And an idiot. But I repeat myself…