When Do Values Trump Democracy?

Last Friday, a splinter of the powerful Turkish military attempted a coup against President Recep Tayyip Erdogan, an Islamist with a taste for the authoritarian. Erdogan has spent the past decade purging the military of secularists and integrating his own brand of radical Islam into government; in the process, he’s also accrued a $182 million fortune and three palaces, including a $650 million Saddam-esque monstrosity. He’s cracked down on journalists, gone soft on the Islamic State group and threatened to get rid of the constitutional court. He is, in short, an aspiring dictator. 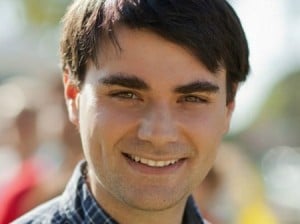 Or perhaps the coup was a setup. Erdogan has used the failure of the coup as an excuse to completely purge his enemies. He has demanded that the United States hand over a moderate cleric he sees as his enemy; he has detained or suspended 20,000 police, civil service, judiciary and army members; he has called to reinstate the death penalty for those who attempted the coup; 1,500 finance ministry officials were thrown out; and 30 governors were fired, as well.

In response, U.S. Secretary of State John Kerry blustered, “NATO … has a requirement with respect to democracy.” Given that the Obama administration stood by and did nothing after Syrian dictator Bashar Assad used chemical weapons on his own citizens, Erdogan probably laughed out loud at this missive.

So, was the coup moral?

Some on the left say no. A columnist for The Guardian, Owen Jones, tweeted: “You don’t have to support Turkey’s government. An attack on democracy is an attack on democracy everywhere.” Except, of course, that it isn’t. An attempted coup against Adolf Hitler, who became chancellor of Germany legitimately in 1932, or against Benito Mussolini, who became prime minister of Italy through democratic means in 1922, would have been fully justified. Today a coup against the “elected” government in Iran would be similarly decent, as would a coup against the “elected” government in Hamas-controlled Gaza.

For well over a century, the left has mistaken the means of democracy for democratic values. That confusion has converted republics into tyrannies. Just because people elect their dictators doesn’t make the dictators legitimate. This is the whole point of the Constitution of the United States. There are certain rights that are inviolable, even by a majority. If a majority voted to enslave a minority, according to Jones’ logic, a coup would be illegitimate; after all, that would be overturning the popular will. That, presumably, is why he is a socialist. For him, morality follows the majority.

Values must trump democracy if the two come into conflict. They don’t have to. But it’s our job to educate our children and, indeed, populations around the world about the meaning of classical liberal values. If we don’t, people will choose their own chains. And just because you choose your chains doesn’t mean those chains are somehow any less oppressive.

Ben Shapiro, 32, is a graduate of UCLA and Harvard Law School, a radio host on KRLA 870 Los Angeles and KTIE 590 Orange County, host of “The Ben Shapiro Show” and editor-in-chief of DailyWire.com. He is the New York Times best-selling author of “Bullies.” He lives with his wife and two children in Los Angeles.

For Obama, Leftist Rhetoric Is Always Innocent And Conservatives Are Always Guilty