Precursor to the Mark of the Beast

Precursor to the Mark of the Beast 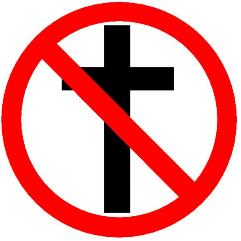 [1]A few years ago, while visiting family in Maryland, I attended church with my brother. It was a very hip contemporary church. The pastor who looked in his early forties wore a shirt and jeans. I saw a parishioner with a Mohawk haircut and others with tattoos. This is not a judgment, merely an observation that the congregation was very racially diverse as well as in their attire.

The topic of the pastor’s sermon was homosexuality. He disclosed that his sister is a homosexual. Folks, filled with national statistics and documented facts, the pastor delivered the most loving and compassionate sermon about God and homosexuality that I had ever heard.

I told my brother that if his pastor’s loving sermon was heard nationally, the Left (the mainstream media and Democrats) would be picketing the building, attempting to close his church down. Like most Christians back then, my brother was unaware of the aggressiveness of radical homosexual activists.

Traveling the country as a political activist, I am well aware that the Left’s national initiative goes far beyond seeking tolerance. Their goal is to force Christians to celebrate every item on the homosexual agenda. They deem anything less unacceptable, bigoted and hateful.

Do not be deceived folks. Christian businesses are not refusing service to homosexuals. The Christians driven out of business by Leftist activists routinely served homosexuals, but in good conscience could not service a homosexual wedding[2]. Rather than selecting vendors eager to service same-sex weddings, Leftists insidiously targeted Christian businesses in an attempt to bully them into compromising their faith as they perceive it; in essence, denying Christ. Meanwhile, the mainstream media is complicit in helping Leftist hit-persons portray themselves as passive victims and Christian business owners as hate-filled aggressors.

The Left’s intensely vitriolic reaction to Christians standing up for their First Amendment rights reminds me of a monologue in the movie “Pulp Fiction.” Samuel L. Jackson playing a hit man said, “…and I will strike down upon thee with great vengeance and furious anger…”

Leftists’ attacks have forced the closing of Christian businesses who said in good conscience and faithfulness to their faith, they could not service a homosexual wedding. The latest Christian business suffering the Left’s great vengeance and furious anger is Memories Pizza[3]. These attacks caused me to wonder. Are we experiencing a precursor to the Mark of the Beast?

According to the Bible, people will be unable to buy or sell (earn a living) without accepting the Mark of the Beast on their forehead. Today in America, the Left has decreed that Christians will not be allowed to have a business without fully embracing same-sex marriage; the Mark of the Rainbow on their front door.

To my fellow Christians, I wish to borrow a line from the theme song of the “Cops” TV program, “Whatcha gonna do? Whatcha gonna do when they come for you?” 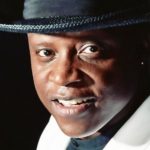