PARIS — Boy, was that ever painful, watching Russian President Vladimir Putin attempting to pry U.S. President Barack Obama’s fingers off the Tomahawk missile trigger and convince him not to go ahead with an attack that Obama most likely didn’t want to launch in the first place. 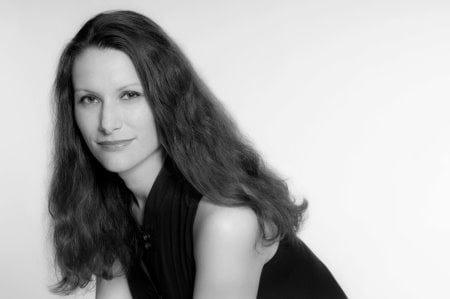 [1]
America won, and so did Russia. I realize that sounds bizarre, but this isn’t a football game with a winner and a loser. It’s not like Obama is going to have to give his Nobel Peace Prize to Putin as if it were the Lombardi Trophy and only one team at a time can have it (although some have suggested as much).

A lot of people are saying that the United Nations Security Council’s resolution forcing Syria to turn over its chemical weapons to international control — and the explicit absence of any military force in the event of noncompliance — is a major diplomatic victory for Russia. A friend working in the American intelligence community told me that he thought Putin had managed to outsmart Obama using his chess-master, spymaster and other Russian-cliché-master talents to get exactly what he wanted in Syria.

Putin is a black belt in judo, and it seems that he adopted that sport’s strategy of capitalizing on the momentum of an opponent’s punch to throw him to the ground. In this case, the punch was being thrown by a U.S. president bringing his nation to the brink of war in the absence of public support or the evidence to win it.

Still, it would be a mistake to see this as a zero-sum game. What is America’s loss here? If anything, it’s a net gain, because if Islamic extremists are flooding into Syria, as has been reported, then responsibility for the war on terrorism in the region is placed directly onto Russia’s shoulders. If Obama can let Putin handle it without crying about Russians infringing on the humanitarian rights of those extremists, simply because it’s Russia leading the cleanup and because Cold War rivalries die hard, then everybody wins. Odds are slim to none that Russia is going to drop the ball on an opportunity to eradicate Islamic extremism — or risk such an opportunity by letting Syrian President Bashar al-Assad behave like a nut job.

Indeed, it’s worth the effort for the Russians if they can keep both Assad and the powder keg under his feet under control to prevent him from being replaced by a less secular leader. Perhaps even more important to Russia than the preservation of port access and direct trade, a stabilized Syria with Assad behaving himself would mean that Russian energy transit routes to Europe won’t face competition from any pipelines sought by Gulf nations like Saudi Arabia and Qatar — which, not coincidentally, are providing significant material support to the anti-Assad rebels. Assad in power means that a pro-Saudi/Qatari alternative will be shut out of Syria in favor of the current status quo between Syria and Russia.

As for whether this near-monopoly would be detrimental to Europe’s energy market, probably not, since Russia is already Europe’s top oil and gas supplier, and there’s no evidence that having the Saudis or Qataris share that market with Russia would prove advantageous to European countries. Given the ongoing global war against Islamic extremism, perhaps the more important question is whether Europe would want to diversify its energy imports in favor of these two Islamic regimes. With a near-doubling in Qatari natural gas exports to Europe from 2009 to 2010, and with Saudi Arabia and Iran already being the fourth- and fifth-largest crude oil exporters to Europe, according to Eurostat, perhaps Europe’s preference is to cultivate some control over these regimes through trade partnerships — a strategy that Russia has applied successfully to former Soviet satellite states, and that China has exercised in places such as Africa and South America.

The flip side is that Syrian stability also increases the likelihood of eventual pipelines from Iran and Iraq into Syria. Iran, a close Russian ally whose fuel would supply Syria itself via a pipeline through Iraq, wouldn’t compete with Gazprom on the European gas market. But America may not like seeing Iraq, a nation on which it just spilled blood and tears for a war and 10 years’ worth of rebuilding, buddy up to Syria, Iran and other players in the region, who are at best the competition and at worst a potential security threat.

But with North America set to achieve energy independence within this decade, the returns on such forays into oil-rich foreign lands aren’t what they used to be, and trying to break up trading blocks on the other side of the planet is like trying to have a long-distance relationship with a woman who’s already going out with a guy in the same town. A bit more creativity is in order, since threatening to get the guy fired, or depriving him of his resources, or just straight-up kicking his butt probably won’t work in the long run, if at all.

Putin just took at least one major drama queen and her entourage off America’s hands. Accept the breakup, wish them well and move on. She’s his problem now, and he’s only too happy to take full responsibility.

(Rachel Marsden is a columnist, political strategist and former Fox News host based in Paris. She appears frequently on TV and in publications in the U.S. and abroad. Her website can be found at: http://www.rachelmarsden.com[2].)