On Oct. 27, 1964, 50 years ago Monday, a movie actor and television host delivered a 30-minute speech on primetime national television in support of the presidential candidacy of Barry Goldwater. 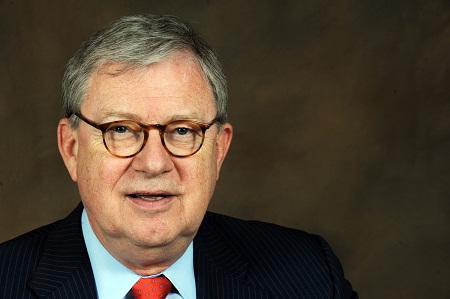 There were no visual diversions, and the production values by today’s standards were primitive. Few if any viewers realized it, but they were watching a future president of the United States.

But perhaps Ronald Reagan, the man on screen, had an inkling. Higher-ups in the Goldwater campaign didn’t want him on the air, for fear he would distract attention from the current candidate. But Reagan, using the negotiating skills he developed as president of the Screen Actors Guild, promised not to go on if Barry Goldwater called him and asked.

Reagan knew Goldwater and presumably figured that he would be reluctant to make the call. Goldwater didn’t, and he carried six states in the election the next week. In 1980 and 1984, 16 and 20 years later, Reagan carried 44 and 49.

Political reporters didn’t take much notice of Reagan’s speech. He was, as he noted, a former Democrat, one who opposed the expansion of government and Lyndon Johnson’s Great Society. But history seemed to be moving in the other direction.

The conventional wisdom was that, in a complex society, government must and should expand. Ordinary people could not cope in a complex industrial society. They needed — and would appreciate — the security and guidance provided by big government.

The Keynesian economists of the day were smug in their conviction that they had found the path to everlasting low-inflation economic growth. All that was needed was for the Federal Reserve to jiggle interest rates and the federal government to adjust budget deficits according to a few simple formulas.

Moreover, these truths were so self-evident that political oblivion loomed for any candidate or political party that denied them. After Goldwater’s landslide loss, the press was full of predictions of the demise of the Republican Party.

Reagan disagreed. And looking back on the history of the past half-century, he had a clearer view of the future than his condescending critics.

Violence by the intended beneficiaries of the Great Society — student rebellion at Berkeley, riots in Los Angeles’ Watts and many other ghettos — helped Reagan win the governorship of the nation’s largest state, and discredited liberal governance generally.

Republicans snapped back to an off-year victory in 1966 and won five of the next six presidential elections, by an average of 10 percent of the popular vote. The Keynesian economists produced the stagflation of the 1970s and argued that no alternative could do any better. But Reagan’s tax cuts and his support of Paul Volcker’s anti-inflation moves at the Fed did do better.

So did his policy of deregulation. In the private sector, big corporations floundered, paralyzed by union demands and by bureaucratic-minded management. But the deregulation of transportation and communication, begun by Jimmy Carter and continued by Reagan, made goods and services cheaper for ordinary people and opened the way for entrepreneurs to invent new products and create new firms.

Reagan in 1964 did not attack the leadership of Franklin Roosevelt against fascism or Harry Truman against communism. He supported those at the time and, on foreign if not on domestic policy, he was correct in saying that he did not leave the Democratic Party; it left him.

Reagan did criticize those 1960s Democrats who called for what he considered “appeasement” of communism and those who thought that the American and Soviet systems would somehow converge into something like democratic socialism. He admitted that there was risk in confronting the evil of communism, and he defended Goldwater against the charge that he was trigger-happy. But he argued that the risk of appeasement was greater.

“We’re in a war,” he said, “that must be won.” And one that was. Just a few days short of 25 years after Reagan spoke, just 10 months after he left the White House, came the fall of the Berlin Wall. You can see chunks of it outside the Reagan Library in California.

Not many television viewers in 1964 envisioned all this. But the man speaking to the camera did.

Michael Barone, senior political analyst at the Washington Examiner, (www.washingtonexaminer.com[2]), where this article first appeared, is a resident fellow at the American Enterprise Institute, a Fox News Channel contributor and a co-author of The Almanac of American Politics.

Why the House Will Stay Republican