Hundreds of innocent people have been slaughtered by IslamoNazis, our national debt is greater than our GDP, and much of the national political dialogue is about men who “identify” as women and vice versa, and which pronouns we must use to address them. We’re insane. 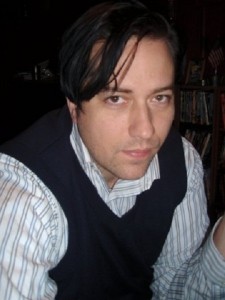 I don’t claim to be an expert on what it’s like to be transgendered, but I also don’t care. I don’t give one steaming pile of damn how you want to, or feel compelled to, live your life as long as you don’t hurt anyone else and I don’t have to subsidize it.

As far as I’m concerned, trans people can live by the Almond Joy vs. Mounds mentality – sometimes you feel like a nut, sometimes you don’t – and it’s no one else’s business. My problem comes in when you expect me to deny reality.

People are free to deny reality all they want. Smokers can puff away and delude themselves into thinking there won’t be any negative health effects to them – I just don’t care. They’re lying, but they’re lying only to themselves.

When it comes to transgendered people, they’re lying to the world, which is also fine. But they are demanding the world accept that lie as truth and lie back to them. That’s where you lose me.

You tell me your name is Jennifer and you’ve got a 5 o’clock shadow, I’m going to think something is a bit off. It’s not society’s oppression engrained in me; it’s nature.

It doesn’t matter how you feel about reality, it’s not fluid – it just is. And your dislike of a fact doesn’t make it any less of a fact.

So if I meet you and you tell me your name is Jennifer, even with a full beard, I’ll call you Jennifer. But if one day you’re Bob and the next you’re Bertha, then you’re Bob again, there are going to be issues. And those issues are yours to deal with, not everyone else’s.

That’s the concept behind “gender fluid,” the idea that you can be one or the other, or neither and both, on any given day at any given time. If that is not some sort of disorder, there are no disorders. And don’t read “disorder” as bad; disorders aren’t bad, they just are.

It may seem like transgendered people are everywhere, especially if you watch TV. But there’s nothing suggesting they’re more than a tiny fraction of the population, less than 1 percent. That doesn’t mean they should be oppressed, but that doesn’t give them license to oppress either. Yet that’s where we’re heading.

Our Founding Fathers were quite conscious of the prospect of the tyranny of the majority – the majority of Americans simply imposing their will on others because they had the votes. That’s partly why the Founders created a limited, constitutional federal government.

But we now live in a world of the tyranny of the minority – where cities are instituting laws prescribing the pronouns a person must use when addressing another human being. There is no code to go by on this. The rules aren’t based in reality, or even the progressive “holy grail” of junk science masquerading as science. They are based solely on the desires of the person to whom you are referring.

Call a man who thinks he’s a woman “he,” and you risk punishment and a pretty hefty fine. If Bertha wants to be referred to by a made-up pronoun, such as Xe, you must comply or face sanction. It’s akin to demanding Cary Grant’s brother actually IS Teddy Roosevelt. He’s not, nor will he ever be.

I can only imagine how awful it is to feel you’ve been born wrong, but that’s how you were born. No one on earth had anything to do with it, and there are surgical ways to (sort of) change it. If that’s what you want, knock yourself out. But if you’re not willing to make the commitment, don’t expect others to.

Call it the “Tuck Rule.” There are people who tuck in every shirt, and others who don’t tuck in any shirt. It’s weird when they switch for a day and then go back, but if they switch and remain consistent, we get used to it pretty quickly. What they don’t get is to demand everyone else praise their attire every day and tell them they look good no matter how they look.

The concept of “fluidity” means an ability to adapt, to change. If how you want to be referred to changes, regularly or at all, perhaps you should learn to adapt to the fact that that’s not normal and people aren’t mind readers. Being different doesn’t make you special. No one is special simply by existing. You become special by what you do.

It’d be nice if leftists stopped trying to impose their will on matters that, quite honestly, don’t matter in the grand scheme of things and focused on what really does. But there are political points to be scored, money to be raised and, most importantly, government power to be expanded in pursuit of “social justice.”

If you honestly think any Democratic politician gives a damn about this as anything more than a distraction from what really matters, well, you’re “reality fluid.”

Derek Hunter is Washington, DC based writer, radio host and political strategist. He has previously worked for several prominent conservative non-profits as an analyst in health, education, technology and judicial policies, as well as a press secretary in the US Senate. Additionally, Derek helped found the Daily Caller, where he is a contributor. You can also stalk his thoughts 140 characters at a time on Twitter[2].