The Republican Party has experienced a calamity — the reelection of Barack Obama — and some parts of the party are behaving like an animal in a trap, chewing off a foot in an effort to cope with it. 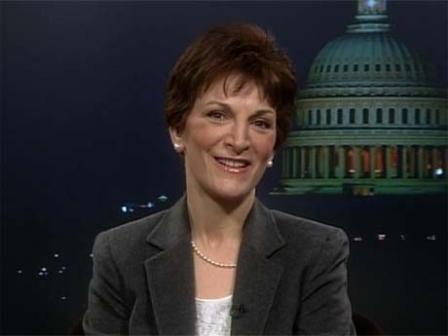 Sens. Mike Lee and Ted Cruz, Heritage Action and a handful of talk-radio hosts are lashing out at anyone who questions the “defund” tactic on Obamacare as “the surrender caucus.” The only reason Republicans haven’t prevailed, they argue, is because Republicans politicians — especially Republican leaders — are squishes. What’s needed are stalwart fighters who do not care about being invited to Georgetown cocktail parties.

This is a delusion. There are two strata here. One consists of the figures like Lee and Cruz, who, one suspects, understand that this is all a pose. Obamacare is law because we lost the election, not because we failed some virility test. Another fixed-bayonets charge at the law would do nothing to prevent implementation — not unless 15 Democratic senators decided to change their positions and President Obama slapped his palm to his forehead exclaiming, “You’re right! My signature legislation is a dog’s breakfast of complexity, inefficiency and injustice that is already harming job creation and will badly weaken our health care system. Let’s strangle it in the cradle.”

The second stratum is the Republican base, frustrated by the nation’s slide into Europeanization and apparently ready to blame fellow Republicans for the state of play. It’s easier to imagine that the nation’s decline could be avoided if only Republicans were more courageous than to face the reality that the nation has changed. No country that voted for Barack Obama twice is simply pining for purer conservative standard bearers.

The Cruz caucus argued that: Oct. 1: is a hinge moment. No, the hinge moment was: Nov. 6: of last year. With only 45 Republican senators and Obama in the White House, even if Republicans threaten to hold their breath until they die, they cannot vote the thing down … right now.

What Cruz and company can succeed in doing however is to sully the reputation of the Republican Party just as Obama’s popularity is waning. Following the gun control defeat, the sequester, Snowden, Syria and the manifold delays, exclusions and premium increases associated with Obamacare, the president’s job approval has been sinking. Polls were showing that voters trusted Republicans slightly more than Democrats to handle the economy, national security and other issues. Obama must be praying for a government shut down.

Republicans see themselves and would like voters to see them as the grown-up party, sober and responsible. Democrats always caricature Republicans as anarchists who want to eliminate government entirely. A futile fight to defund Obamacare that touched off a government shutdown crisis would reinforce the Democrats’ indictment and provide a wobbly Obama with the opportunity to change the subject from his own failures to the petulance and recklessness of Republicans.

In a shutdown show down, Republicans are certain to lose the battle for public opinion. When the question is: “Whose fault is it that government offices are closed?” the public will be more inclined to blame the anti-government party. The press, of course, will side with Democrats. The public opposes Obamacare, but it does not favor shutting down the government in order to thwart it. If Republicans threaten to pull down the house over it, the public will be more likely to perceive it as a personal vendetta against Obama than as a principled policy stand.

Obamacare may be the best thing to happen to the Republican Party’s fortunes. When voters see 1) that their premiums rising; 2) that wait times to see a doctor are increasing; 3) that they are forced to buy insurance they don’t want or pay a fine; 4) they find that their spouses are no longer covered by their employers’ plans; 5) learn that they cannot, as promised, keep the plan they were happy with, and more, they will not blame Republicans. Nor will Obama be able to blame this one on Bush. Republicans who focus on the small number of Americans who will get subsidies under Obamacare are missing the bigger picture, which will be widespread discontent.

It may well represent the best political opportunity for Republicans in more than a decade. If they take the Senate in 2014 and the presidency in 2016, it will not be too late to repeal Obamacare. At the rate it’s going, it probably won’t even be fully operational by then. But Republicans will have to cease their fratricide to take advantage of it.