Restoring America: A Matter of Faith

Restoring America: A Matter of Faith 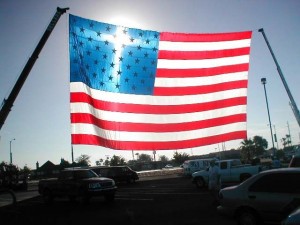 [1]After spending much of 2014 traveling the country, living out of suitcases and in hotel rooms campaigning for a GOP takeover of the U.S Senate, my wife Mary and I are finally flying home for Christmas. Mary can’t wait to hug her willful and annoying cat, Marilyn. I am looking forward to petting and loving on our huge lovable greyhound that Mary rescued years ago, Sammy.

In a recent article, I shared that my coat was stolen from a hotel with my cellphone in the pocket. Patriots responded with sympathy and anger over my loss.

While I appreciated their kind responses, I was not seeking sympathy. I wanted to share that when negative things happen, experience has taught me to trust God and look for the blessing. God is always in control and has a plan. After getting over the initial shock, anger and other assorted feelings, I stabilize my emotions and trust God.

Quoting a line from the Blues Brothers movie, “I’m on a mission from God.” This causes me to believe that in various situations I am God’s man on the scene. The theft of my coat landed me in the hotel security office filling out a report form. Two young white guys were escorted into the office shortly after I arrived. They were extremely upset because their friend collapsed and foamed at the mouth. As the paramedics took him to the hospital, they feared he had stopped breathing. The two frantic guys and I immediately connected and I ministered to them the best I could as I felt led; lending them a needed friendly, sympathetic and supportive ear.

While losing my coat and phone was a bummer, something on a higher spiritual level was going on. God placed me in that security office for those two guys.

Unexpectedly, the unfortunate theft of my coat sparked a blessing for the ministry of my 86 year old preacher dad. After reading my article about the incident, a friend felt compelled to begin contributing to my dad’s ministry. Dad is still the pastor of four Maryland churches.

Several years ago Dad retired after 50 years of service in Christian ministry. However, the Methodist conference immediately asked Dad to come out of retirement to be the part-time pastor of four churches that could not afford a full-time pastor.

I called Dad to inform him that he would be receiving a check in the mail from my friend. I told Dad about how the theft of my coat led to him receiving a blessing. This caused Dad to bless me with another one of his awesome stories. The tale was about how God works in mysterious ways. 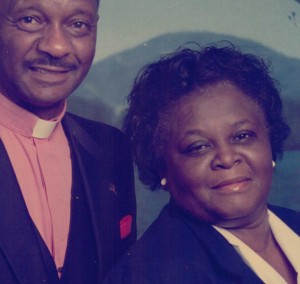 [2]My mom passed away almost 20 years ago. Dad said he and mom dreamed of taking a cruise for years. However, the time and funds were never in-sync. Then, mom had a heart attack that almost ended her life. That was the straw that broke the camel’s back. My parents decided, “We are taking that cruise now.”

On the cruise ship, word spread that Dad was a preacher. When the scheduled minister could not fulfill his Sunday morning obligation to preach, Dad was asked to preach in his stead. Dad said he can not remember what he preached about or anything that he said. And yet, an elementary age little white boy connected with Dad and his message. Mom was still a bit immobile from her surgery. The white boy became Dad’s constant companion, following him around the ship. The boy’s parents were grateful to have a little more time to themselves. Dad’s little buddy kept asking him when he was going to preach again on the cruise. Dad said, “I’m not going to preach again. I’m on vacation.” The child replied, “You’re never on vacation from God’s work.” Dad chuckled and quoted scripture,“Out of the mouths babes.”

Dad said he wondered why did Mama have to almost die to cause them to be on that cruise ship to bless those passengers? Despite not knowing the answer, Dad said he simply trusts God.

Some of you are saying, Okay Lloyd where are you going with all this? What is your point?

Folks, we are witnessing spiritual wickedness in high places appearing to reign supreme in our great nation. Here is one of many examples. Al Sharpton, the Obama administration, the Congressional Black Caucus and a news network (CNN) have chosen to ignore the facts and literally seek to destroy a decent young police officer Darren Wilson. http://bit.ly/12CgLY5[3] Their insidiously evil mission includes denigrating police across America, solely to further their political agenda.

Evil owns the bully pulpit of the mainstream media, seemingly able to sway public opinion to meet their fancy. So, how do we, the honorable majority of Americans, not surrender to the powerful bullies while drowning in a sea of discouragement?

My point is God is always in control no matter how much the Left pounds its chest like King Kong in victory. Circumstances can change in an instant. So, when I get emails from fatalists who have it all mapped out how we are doomed to fail in our quest to restore our country, I hit delete. My job is not to figure everything out. My job is to stay faithful to what God tells me to do.

It is incumbent upon each of us to keep believing that good ultimately triumphs over evil. We must stay strong, fighting the good fight; using our gifts, talents and passion as God leads. We can and we will restore America.

I told Dad it would be cool if he received a letter from that little white boy who connected with him so strongly on the cruise ship 20 years ago. Imagine that kid telling Dad that he became a minister inspired by him. Dad chuckled.

Dad ended our long distance phone chat informing me that he plans to retire for the second time in May 2015. At 86, Dad said he believes it is time for him to step down, making way for a new minister. “Someone much, much younger with fresh new ideas.”