Sanctuary Hospitals: Who Pays The Bills?

Medical bills are pushing more Americans into severe financial distress, even if they have insurance. That’s the grim news from a top medical journal. These bills force hundreds of thousands into bankruptcy each year. What’s so galling is that while Americans struggle to pay their bills, freeloaders from other countries get the same care at no cost by gaming our generous open-door hospital policies. They take a flight to the U.S., go straight to an emergency room, and get pacemakers, chemotherapy and other expensive care, leaving U.S. taxpayers to foot their bills. 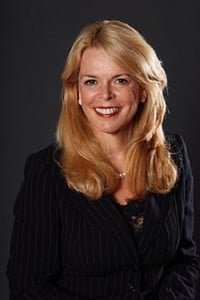 Evan Levine, a cardiologist at a Bronx, New York, teaching hospital, recently treated a Trinidad resident who had learned his pacemaker battery was about to give out. He came to New York to avoid paying for cardiac care back home. Cost to him? Zero, aside from airfare.

It’s a common practice, according to a medical device salesman who services hospitals in the New York area. He gets calls for pacemakers destined for patients from South or Central America who fly in and take a bus directly to the hospital. The bill for one pacemaker patient can reach $96,000. John Q. Public gets stuck with it.

Taxpayers cough up an estimated $2 billion a year for a program called Emergency Medicaid, according to Kaiser Health News. It covers everyone unable to pay for emergency medical care, including illegal immigrants and residents of other countries here for medical freebies.

No one should be left to die on the street. But forcing taxpayers to foot the bill for foreigners here to rip us off goes too far.

Federal law requires that hospitals help all patients who come to the ER in labor or with a life-threatening condition. Lenient regulations are turning this into a gravy train. Hospital administration cannot ask about immigration status at any time, and they are barred from asking if patients can pay or have insurance until after they’ve been helped. Every ER posts signs telling patients they have a right to be treated, no matter what.

Noah Schreibman, pulmonologist and critical care physician in Delray, Florida, explains that “if someone is short of breath, has chest pains, coughs up blood, or recently lost 20 pounds, they’ll get admitted.”

“We are here to help, we treat everybody,” Schreibman insists, even as he acknowledges seeing foreign patients flocking to Florida hospitals for the free care. He doesn’t begrudge them, but taxpayers have every right to be outraged.

So do Americans facing bankruptcy from their medical bills. Soaring deductibles are worsening the pressure, according to the JAMA Internal Medicine report, which shows deductibles up a whopping 86 percent since 2009.

If you have cancer, you’ll pay thousands out of your own pocket before your insurance kicks in. But in New York, which has about the most liberal emergency Medicaid policies of any state, a medical tourist claiming poverty can get up to 15 months of inpatient chemotherapy — worth $150,000 — sticking taxpayers with the bill. The same holds true for inpatient dialysis, which sometimes costs even more. Patients who don’t medically require hospitalization are sometimes put in the hospital anyway because emergency Medicaid only pays for inpatient care.

Uncle Sam turns a blind eye but at the same time hassles older Americans who come to the ER. Under a sneaky Obama administration policy, seniors seeking emergency care are put in “observation care” and then, when it’s time to leave, they’re slapped with huge bills and told they were never formally admitted to the hospital so Medicare won’t pay.

And what about vets? As a thank you for their service, they’re clobbered with a hefty bill if they dare go to an emergency room that isn’t run by the VA. It’s so outrageous, a federal court just ruled against this practice.

Levine has a sensible fix: Bill countries when their citizens come here to freeload, or deduct the cost from their foreign aid packages.

Our nation’s priorities need to be fixed. Stop scrimping on care for vets and seniors, to spend money on people from other nations.