An article in the June 13, 2014 issue of Science admits the computer climate models are not effective at forecasting either future or past temperatures.. The Science piece says the current models are “bloated with data,” but still cannot represent such huge variables as clouds and shifts in ocean currents. Statisticians are recommending a re-start. 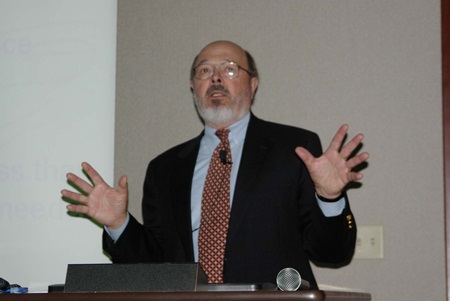 At the same time, new studies are revealing that the sun has an even bigger role in climate than the current climate models understand.

One of the new papers finds that the amount of time the sun is obscured from the earth by clouds is “highly correlated” with temperatures over the past 50 years. That was true both in the global dimming of the 1960’s and 70’s and during the brightening of the 1990s and 2000s. The authors studied 10 climate variables over that period. (Spinoni et al., “Climate of the Carpathian Region in the period 1961—2010,” International Journal of Climatology online.)

The Spinoni team also found a decreasing trend in relative humidity over the past 50 years, which is contrary to the current models’ assumptions. That supports the theory that the greenhouse gas impacts are becoming increasingly saturated and thus less frightening.

Another recent paper in the Journal of Solar and Terrestial Physics predicts global temperatures will fall by up to 1 degree C by 2020 due to low solar activity. Solheim et al. note that long solar cycles (like the one we’re currently in) predict more solar dimming. (Solheim et al., “The long sunspot cycle 23 predicts a significant temperature decrease in cycle 24,” Journal of Solar and Terrestrial Physics 80, 2012)

I align these new studies with my favorite temperature predictor–the Pacific salmon. I watch the roughly 60-year cycle in Columbia River salmon catches. Nathan Mantua of the University of Washington told us in 1996 that this salmon cycle represents a huge shift in Pacific Ocean currents. This shift is now recognized as the Pacific Decadal Oscillation. The PDO is a far better medium-term predictor of future temperatures than those billion-dollar climate models.

As an environmental economist, I got into the PDO early because eco-worriers were blaming the decline in Colombia River salmon on pollution and deforestation. Turns out the salmon were thriving in the Gulf of Alaska while the Columbia salmon are fading; then, the Gulf and river simultaneously reverse their salmon numbers.

What does it all mean? The earth is currently in one of its cyclical global warmings, directly following the Little Ice Age. In the recent past, such warmings have lasted from 350 years (the Medieval Warming) to 800 years (The Roman Warming). Even during this global warming, however, the temperature of the Pacific will cool periodically. The earth will then also cool as the Pacific is the world’s largest heat sink. NASA satellites reported that PDO began to shift cool about 2003, which would mean that cooling will probably last until roughly 2033.

The cloud cover and ocean currents are both tied to the sun’s level of activity and the big variable in solar activity seems to be ultraviolet light.

This information will mean nothing to the members of my Rotary Club. Many of them believe fervently in man-made warming. The believers are nervous about the “pause,” but are not willing to listen to discussions of the Pacific cycle. The other half of the membership doubts just as fervently, but neither side wants to discuss solar physics.
The only thing that has changed is that Science has finally admitted the models don’t forecast. In cycles, what goes around comes around.

Dennis T. Avery, a senior fellow for the Heartland Institute in Chicago, is an environmental economist. He was formerly a senior analyst for the Department of State. He is co-author, with S. Fred Singer, of Unstoppable Global Warming Every 1500 Years. Readers are invited to email him: [email protected] Visit our website at www. cgfi.org[2]

A World Turning Against Biofuels[3]