President Barack Obama, on Dec. 12, 2011, called Iraq “self-reliant and democratic.” He praised that country, calling it a “new Iraq that’s determining its own destiny — a country in which people from different religious sects and ethnicities can resolve their differences peacefully through the democratic process.” Obama said, “I have no doubt that Iraq can succeed.” 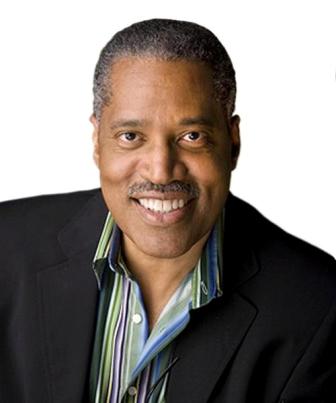 He campaigned to end the war in Iraq. He did — at least he ended America’s military involvement in the war. He pulled out all the troops, without leaving a residual force behind as we did, for example, in South Korea, where we have stationed troops for over 50 years.

Iraq fell off the front pages. By 2008, even Sen. Obama, a harsh critic of the war and of the “surge” that turned it around, said: “I think that, I did not anticipate, and I think that this is a fair characterization, the convergence of not only the surge but the Sunni awakening in which a whole host of Sunni tribal leaders decided that they had had enough with al-Qaida, in the Shia community the militias standing down to some degrees. So what you had is a combination of political factors inside of Iraq that then came right at the same time as terrific work by our troops. Had those political factors not occurred, I think that my assessment would have been correct.”

The lack of media interest reflected, in part, their contempt for the war — why we fought it, why we were there. But another factor is this: Iraq, as of 2011, was surprisingly calm — the opposite of what the George W. Bush-hating media predicted. Even those who opposed the Iraq War were surprised at the level of relative peace and security, after a decade of expending blood and treasure. The relative calm in Iraq in 2010 and 2011 explains why Obama and Vice President Joe Biden decided to snatch some credit, with Biden calling Iraq “one of the great achievements of this administration.”

Today YouTube shows videos of “infidel” Iraqis being beheaded and mowed down with automatic weapons. What went so horribly wrong? Into 2007, then-President Bush talked about the importance of negotiating a long-term status of forces agreement that would allow U.S. troops to remain in Iraq to help with security. He warned that if the U.S. didn’t stay the course in Iraq, the country could become a terror state or a recruiting ground for terrorists.

How much importance did (SET ITAL) candidate (END ITAL) Obama place on obtaining a status of forces agreement? After his election, the “Office of the President-Elect” website said: “Obama and Biden believe it is vital that a Status of Forces Agreement (SOFA) be reached so our troops have the legal protections and immunities they need. Any SOFA should be subject to Congressional review to ensure it has bipartisan support here at home.” In the weeks following Obama’s election, the Iraqis passed, and Bush signed, a SOFA agreement that would have American troops out of Iraq by December 2011.

Former Secretary of State Hillary Clinton blamed the Iraqis for refusing to negotiate a new, acceptable status of forces agreement that would have allowed U.S. forces to stay in Iraq past 2011. Former U.N. ambassador John Bolton, however, says the Obama administration (SET ITAL) wanted (END ITAL) to walk away from Iraq — but didn’t want it to look obvious. So they blamed it on supposedly “failed” SOFA negotiations.

Remember, Obama saw no national security interest in Iraq, even though Saddam Hussein was presumed to have stockpiles of weapons of mass destruction; was shooting at the British and American plane patrolling the southern and northern “no-fly” zones; was sending $25,000 to homicide bomber families in Israel; was stealing from the oil-for-food program; had used chemical weapons on his own neighbors and his own people; and had attempted to assassinate President George H.W. Bush. Still, Obama saw no national security interest in Iraq. Why would he now?

Obama now says he is “looking at all the options … I don’t rule out anything” — short of combat. If, short of combat, we could have achieved our objectives in Iraq, we would not have sent in combat troops in the first place.

The Obama administration was caught flat-footed at the brutality and lethality of ISIS, the Islamic State of Iraq and Syria, a group of Islamic Sunni “extremists” said to be well-trained, well-equipped, well-financed and even more brutal than al-Qaida. And now the administration is thinking of working with (SET ITAL) Iran (END ITAL) to help the mostly Shiite Iraqi government survive? This is, of course, the same Iran that helped kill and maim Americans soldiers with roadside bombs in Iraq? This is, of course, the same Iran that our intelligence community says is marching toward building a nuclear weapon?

Critics assailed Obama’s recent West Point speech, pre-billed as a legacy-defining foreign policy doctrine. Some call the speech unclear, lacking in focus or conviction. But, no, there (SET ITAL) is (END ITAL), in fact, an Obama doctrine. It can be explained this way: “The ‘war on terror’ is over because I said so — now go tell the enemy.”

Obamacare And The CBO – No Longer ‘Giddy[3]