Slippery Road Ahead As Congress Reconvenes

With congress reconvening this week, all eyes will be warily cast on President Obama. He recently ordered the Department of Homeland Security to review deportation policies so they might be handled “more humanely.” For millions of Americans who support enforcement first, and who represent the nation’s majority, Obama’s directive sent a chilling message. 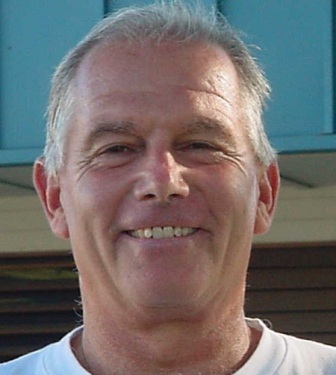 Despite the media hoopla surrounding Obama’s alleged “record deportations,” the reverse is true. Last year, about two-thirds of removals were illegal aliens apprehended crossing the border. Previously, DHS classified this category of deportee as a “return” since it didn’t come from the interior. Among the remaining one-third that were removed from the interior in 2013, 82 percent were convicted criminals, according to Immigration and Customs Enforcement.

Enforcement has been so watered down since 2011 that Obama’s immigration critics fear how much more compassionate they can become.

The backbreaker came in November 2011 when yet another ICE directive proved that the Obama administration is committed to an administrative amnesty. A Citizenship and Immigration Services memo ordered attorneys to stop issuing “notices to appear” in court to non-priority cases. Shortly thereafter, the Justice Department dismissed almost 20,000 pending cases.

Things got progressively worse in 2012 and 2013 when the administration excused a broad swath of aliens from possible deportation: illegal immigrant parents, legally appointed guardians, and the primary caretakers of minor children; aliens who are the spouses, and parents and children of American military members. Under those orders, illegal presence no longer qualifies as a deportable offense. To be: considered for removal, an alien must have committed a crime.

Reviewing the new mandates, one wonders who among the 11 million illegal aliens are left to deport. The answer: almost no one. One might also logically question how much more sympathetic toward illegal immigrants can a policy get that deports only the criminals they can catch?

For the Hispanic lobby, however, nothing is ever enough. Without acknowledging that they’ve effectively reached their goal of, at a minimum, severely curtailing deportations, immigration advocates have set their sights on work permits for illegal immigrants. Officially, this would be called parole in place or administrative relief, meaning that aliens’ illegal presence would be excused and work permits would be granted while they await their inevitable legal permanent residency and citizenship.

With 20 million Americans unable to find full time employment and 92 million Americans detached from the work force, enabling aliens to compete for jobs is an unfathomable insult. Obama should be more worried about struggling American workers instead of devastating existing immigration law. If nothing else, Obama’s three-year long enforcement decimation proves that he can’t be trusted to uphold any future immigration bill that Congress might pass.

Joe Guzzardi is a Californians for Population Stabilization Senior Writing Fellow whose columns have been syndicated since 1987. Contact him at: [email protected][2]

Obama as Deporter-in-Chief? Not So Fast[3]