With marriage officially redefined across America, it has become incumbent upon the mainstream media to justify this offense against God, human nature, and the U.S. Constitution.

On June 29, CNN made one such effort, in a gloating article that abused and misused science to claim that redefining marriage would improve America’s health. 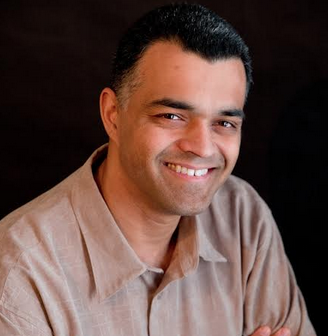 One of CNN’s primary source of “information” comes from Dr. William C. Buffie, described as “a physician at St. Francis Hospital in Indianapolis, Indiana, who researched public health implications of same-sex marriage.” According to CNN:

But numerous studies have shown that a happy heterosexual marriage gives individuals a health boost, including better access to health care, longer life spans[2], and lower rates of depression[3] — and, Buffie said, that applies to same-sex marriage, as well.

“As it relates to health outcomes, same-sex couples benefit from marriage in the same way as opposite sex couples,” Buffie said.

And later in the piece:

People in same-sex marriages also benefit from improved access to employer-provided health care, according to a 2013 study from the University of Minnesota[5].

“In one fell swoop we can now see the same mental health benefits of marriage for same sex couples as heterosexual couples,” Wight said.

“The main reason there is a benefit to being in a legally recognized marriage is that it introduces a level of stability into a relationship. This is going to help change the social climate. Hearing the Supreme Court say this is OK will help couples feel like they’re part of regular society.”

Regrettably, CNN did not provide any room for counter-narrative information in its severely biased article, and on July 1 — two days after its article was published and five days after one of the most important Supreme Court decisions in modern times — turned down the chance to consider this op-ed, with an editor e-mailing that it did not “hew to the news cycle.”

Perhaps this is because all of the pro-SSM propaganda in the world can’t ignore the fact that redefining marriage is, in fact, worse for America’s health.

He concluded: “Now that we can get married everyone assumes that we don’t have any issues any more. A lot of the deaths that occur in our community are hidden, we don’t see them. Those of us who are working on the front lines see them and I’m tired of watching my community die.”

In July 2013, the Centers for Disease Control (CDC) warned[6] that while men engaging in sex with other men “represent approximately 4 percent of the male population in the United States [they]… accounted for more than three-fourths (78 percent) of new HIV infections among men and nearly two-thirds (63 percent) of all new infections in 2010 (29,800).”

Additionally, the CDC reported[7] at the end of 2013 that the rate of men who have homosexual sex who know they have HIV/AIDS but don’t use a condom had gone up by seven percent from 2005 to 2011, and that many men don’t tell their same-sex sexual partners of their condition.

In an era of increasing concerns about whether America can afford the health care system it has, it would behoove CNN to report that gay couples, especially male gay couples, should avoid the sexual activity to which the Supreme Court has given a societal stamp of approval.

What about the children?

None of the reports [in CNN’s article] mention the effects of same-sex marriage on children. If you look at the children being raised, as I have done, it appears that married same-sex partners impose substantial harm on the children in their care which man-woman marriages, in the aggregate, do not. No child in a same-sex marriage will be able to have the care of both his or her mother and father. Buffie focuses on mental health improvements for married homosexual adults, which is precisely the health area where children suffer relative harm. It is a sad narcissism that would celebrate the prospect of better mental health for adults while ignoring the prospect of poorer mental health for children.

Children are also harmed another way: Through the use of IVF by same-sex couples to create children. As Professor Robert Oscar Lopez has pointed out[9], IVF treats unborn children as chattel, buying and selling unborn humans in a strikingly similar fashion to how born blacks were treated until 1865.

Sexual fidelity in marriage: Common in heterosexual relationships, not homosexual ones

So if married same-sex partners behaved with sexual fidelity, as do the vast majority of heterosexual married partners, there would be a clear health benefit of same-sex marriage. But sexual fidelity is much lower in same-sex married relationships, as many studies attest. Only a small minority of same-sex marriages are actually monogamous in terms of the partners having sex exclusively with each other; research estimates range from only 5 to 40 percent. So it does not seem that legal marriage for homosexual partners will attain this benefit unless they start being more faithful to each other…

In other words, in same-sex sexual relationships, there is often an allowance for infidelity, especially among men — something that is generally unacceptable among married heterosexual couples. So, in yet another way, same-sex “marriage” is anything but[10] real marriage.

Even ignoring how same-sex sexual relationships are explicitly condemned by God, and are thus bad for the soul, the social and physical sciences make it very clear that redefining marriage will, contrary to the fervent ideology of the editors at CNN, make America’s health worse.

Even Buffie has admitted that the data for health improvements is not as clear as presented in the article.

“Buffie’s paper is a position piece in support of a medical association resolution. It is hardly objective research,” explained Sullins. “He acknowledges this in the paper, which does not support such a strong positive conclusion as stated in his quote.”

Sullins pointed out that Buffie admitted in the paper that since marriage redefinition is so new, public health assessments are inadequate. Additionally, “it is important to acknowledge that when we look at books, scriptures, and even evidence-based literature,” wrote Buffie. “We tend to see what is already inside us. The study of an emotionally charged social issue, such as marriage equality, is fraught with such potential pitfalls; and despite academic rigor and the peer-review process, the results of such studies may ultimately be flawed.”

Sullins wrote that “in other words, Buffie acknowledges that researchers in this area tend to read into the results what they want to find.”

Throughout its piece, CNN refuses to acknowledge even an inkling of opposition to its sexual ideology. This is common in the mainstream media, which often turns a blind eye to the devastating harm of same-sex sexual relationships in order to promote legally redefining marriage.

Not only is this media malpractice for an industry that is supposed to provide facts for the public, it is also a disservice to all same-sex attracted men and women. After all, by portraying those with traditional views on family as backwards, haters, bigots, and akin to racists and sexists, CNN and its media allies ignore the true love being shown by those who support God’s plan for sexuality[11].

They also whitewash the real harm of unnatural same-sex sexual relationships, predicted by St. Paul nearly 2,000 years ago when he wrote in Romans that “God handed them over to impurity through the lusts of their hearts*[12] for the mutual degradation of their bodies” and that “degrading passions” led to “males [doing] shameful things with males and thus received in their own persons the due penalty for their perversity.”

Today, you don’t have to believe in Jesus Christ to know the real harm of same-sex sexual relationships. You can visit a HIV/AIDS medical center, as I did in India, to see firsthand the terrible consequences of this disease, which strips men and women to nothing before killing them.

Alas, CNN and other outlets do not wish to acknowledge these realities. I’ll close by again citing Hellquist, who knew of these harms personally:

A lot of the deaths that occur in our community are hidden, we don’t see them. Those of us who are working on the front lines see them and I’m tired of watching my community die.