I ran against Speaker Boehner in the Republican primary in 2014. He spent over $1.5 million attempting to convince the people in Ohio’s 8th district that he was “one of us, fighting for us.” His fighting rhetoric continued through the general election, as he promised us that he would “fight tooth and nail”[1] against President Obama’s executive amnesty orders. Not even a month after he was officially re-elected, he voted for the bloated CRomnibus bill, ensuring the later “battle” to fund the amnesty would be lost. 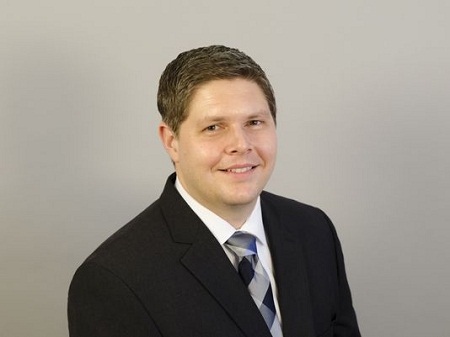 This is Speaker Boehner’s reality; as a leader in DC, he’s a perpetual loser.

Ever since his he was poised to take over as Speaker, Boehner has immersed himself in a world where his rhetoric doesn’t match his reality. He promised that “not a dime” would go to funding Obamacare[3], and after the theater of 50+ votes to repeal it (to provide cover for those who wanted to be re-elected), he voted to fund it. After the IRS unfairly targeted conservative and tea party groups, Speaker Boehner boldly stated that someone needed to go to jail over the matte[4]r–no one has. Speaker Boehner has caved on raising the debt ceiling with no strings attached[5], he has attacked good conservative Republicans who don’t want to grant amnesty to illegal immigrants[6], and he has stated that he absolutely trusts the president[7]. His trust for the President was further demonstrated when he pushed for–and voted–to give the President the ultimate authority to negotiate three secretive economic deals[8]. We’ve all seen how well the President negotiates–5 terrorists for a traitor, and now a signing bonus to Iran that will enable them to develop a nuclear bomb[9].

Despite this reality, Speaker Boehner continues to claim that he is one of the most conservative people in Congress[10].

Where Speaker Boehner has been a monumental failure, I will be different. First and foremost, I will work to overturn the Obama agenda. Despite the Speaker’s claim that he is “one of us,” I actually am one of the people. My wife and I have been deeply affected by the energy prices “necessarily skyrocketing,” as our President claimed must happen. We’ve had to tighten our wallets as food prices have increased. We’ve picked up extra jobs to cover the increase in everyday costs like most Americans have had to do. We’ve had to deal with the effects of federal intervention in our jobs, and we’ve experienced firsthand what the Obama agenda has meant for us: less opportunity. These conditions were facilitated by Speaker Boehner’s reality.

Where Speaker Boehner has deep ties K Street, the US Chamber of Commerce, and Nancy Pelosi, I don’t; I don’t owe anyone anything. I’m driven by my conservative ideology, and I believe in the Republican platform–not in the Republican Establishment. I have real-world experience in the classroom and in private, small business. I will bring real-world experience to a place that governs separate from all of us. I will provide a voice to everyday Americans who have lost their voice with Speaker Boehner as our representative.

Speaker Boehner’s reality has damaged the Republican brand. He represents a generation of Republicans that believes our party should be run like the mob–do as we say or face retribution. Know your place, and do anything to preserve the power. As a result, younger generations are fleeing the party. The Republican party offers very little with respect to hope for the future, and this must end. I represent the new generation of leadership. I believe in the Republican principles, and I offer hope to those in all generations that dedication to ideology–not personal ambition–can happen in DC. I will work to return our country to the Constitutional governance from which we’ve strayed.

At the grain elevator where I work, I interact with many farmers. One thing I’ve learned from them is that a person’s word is a great reflection of a person’s character. If a person breaks his word, he no longer holds any credibility in the eyes of his peers. Speaker Boehner’s word no longer holds any meaning. While his words are conservative in nature, his actions are wholly progressive. Farmers realize this, Americans realize this, and our President realizes this. Our President–as terrible at negotiating as he is–knows he doesn’t have to back down from our Speaker. It’s time this stops, and that’s why I’m running against the Speaker in the Republican primary in March.

To find out more about J.D. Winteregg, visit his website at jdwinteregg.com[11].