“Many in legacy media love mass shootings. You guys love it. I’m not saying you guys love the tragedy, but I am saying you love the ratings. Crying white mothers are ratings gold.” – Dana Loesch 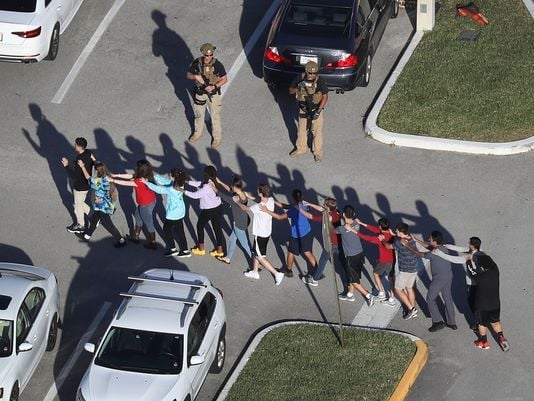 A terrible tragedy happens. Some nutjob/terrorist/angry dirtbag shoots a lot of people. Before the blood is even dry on the ground, liberals take to social media to claim the killer is a conservative and demand new gun laws. If you suggest that perhaps we should wait to find out what happened before we start bringing politics into this, they ignore it. If you suggest that we pray for the victims, they viciously criticize that idea and mock Christians in general. When you ask which gun laws would put a stop to mass murders, they have no answer. Then they scream that the NRA is full of murderers. Of course, the killer never turns out to actually be an NRA member. Furthermore, the NRA never advocates for anything other than the rights of law-abiding citizens. As a matter of fact, when a shooter killed people in a Texas church in November of last year, it was an NRA member who stopped him.

Yet and still, after working themselves up into a frenzy screaming that the NRA is composed of murderers, after howling that law-abiding gun owners are killers, liberals move on to demand that we “DO SOMETHING.” The “something” involved is seldom defined and even when it is, it pretty clearly won’t stop school shootings. At this point, suspicious conservatives suggest that liberals seem to be angling for gun confiscation, something that would never work in America[2]. Some liberals respond to this by saying, “That’s paranoia! Nobody wants that,” while others respond, “Hell yes, it’s time for gun confiscation.”

Perhaps more intriguingly, liberals show absolutely no interest in any policy that might stop school shootings that doesn’t involve taking guns out of the hands of law-abiding citizens. Metal detectors in all schools? Nope. Allowing trained teachers to bring guns to schools? Uh-uh. Armed guards in all schools? No way. That one guy ran away at Parkland, so that proves a good guy with a gun won’t stop a bad guy with a gun. Of course, that makes about as much sense as saying the troops failed to stop Pearl Harbor, so using the military can never work. How about dramatically loosening the rules for involuntarily committing people with mental health issues? Sorry, the ACLU doesn’t like that, so nope. What about demanding more from sheriffs’ departments that drop the ball in these cases, like the Broward County Sheriff’s Department, which made 39 trips out to the Parkland shooter’s home over the last seven years[3] without arresting anyone? They were even told by the family that took him in, just months before the shooting, “He put the gun to the head of his brother before[4]. This is not the first time, and he did that to his mom, and his mom died. It is not the first time that he put a gun on somebody’s head.” Heck, even the FBI was explicitly warned that the Parkland shooter wanted to kill people[5] and it did nothing of consequence.

So are liberals calling for reforms of how sheriffs’ departments and the FBI handle issues like these? For the most part, no. Instead, they continue to obsessively, almost gleefully push for gun control that won’t solve the problem. It’s almost as if liberals look at dead kids as nothing more than convenient props they can use to push their agenda.

In fact, let me suggest something that you are not supposed to say: liberals don’t want to try any of these other things primarily BECAUSE THEY MIGHT WORK and reduce the number of school shootings. You’d think everyone would want fewer school shootings because it would mean fewer dead kids, but it would also mean that liberals would lose a useful tool for pushing the gun control agenda, and that appears to mean more to liberals than the lives of children.

If I’m getting liberals wrong, terrific! No, seriously, that would be great news because I’ve noted several things we could do to reduce the number of mass murderers and school shootings. If liberals are interested in working with conservatives on those issues, we might be able to stop the next Parkland or Columbine and save a lot of lives. The alternative to that is for liberals to keep demanding gun control and to keep accusing law-abiding gun owners of being horrible humans while we continue to tell liberals to shove it where the sun doesn’t shine. Sadly I suspect if most liberals had to choose, they’d take more dead kids over changes that undercut their gun control agenda every time.