Is Ted Cruz the Answer? 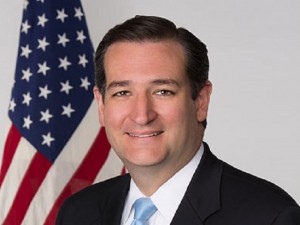 [1]Folks, my political activism is not rooted in winning elections at all cost. It is about preserving what I grew up thinking we were as a country — my corny love for my country, belief that good triumphs over evil, and my sense of right and wrong. I know. I know. I sound like a bad Frank Capra movie. However, I will not apologize for who I am.

Numerous times, I have shared that my dad was among a handful of blacks who broke the color barrier becoming Baltimore City firefighters in the early 1950s. Despite humiliating, racist, and unfair work conditions, Dad won Firefighter of the Year two times. Well, I am sorry folks, but that made a huge impression on me. All my dad wanted was an opportunity to compete for the job; no lowered standards or special concessions due to his skin color. Dad’s example taught me not to run around thinking everyone owes me something.

Striving for excellence and doing things God’s way won Dad the respect of his white fellow firefighters who once resented him. One of Dad’s most vehement adversaries risked his life, going back into a burning building and saved Dad’s life. The incident birthed a lifelong friendship between the two men.

Employers hire employees to benefit their business. Period. The more you benefit my business via education and heightened skills, the more valuable you are to me, the more I increase your pay to keep you. Such reasoning is not evil or unfair. And yet, today in America, unskilled workers are demanding a starting hourly wage enough to raise a family with flat-screen TVs and cell phones. This mindset is arrogant, wrong and actually cost jobs when implemented. I do not care that some folks do not like me saying this. Demanding a minimum wage that is not rooted in economic sense reflects the new entitlement mindset; a deterioration of who we are as a country.

I also have a huge problem with people trashing achievers and thinking that they are entitled to what others have worked for. This mindset troubles me to my core. When you read the autobiographies of many achievers, the common thread is they paid a great price to become successful. While others were dating and partying, future achievers where studying, working long hours, two and three jobs, sacrificing relationships, risking and often losing their life savings. Then, when an entrepreneur finally makes it, everyone has their hand out demanding “their” portion; claiming the achiever is the beneficiary of white or some other absurd privilege. It turns my stomach folks. The owner of a small meat processing company told me his employees’ salaries were higher than his for the first ten years.

At my local gym, the dozen or so televisions in front of the aerobic exercise machines illustrate the relentless promotion of America’s cultural rot; everything from sexual deviancy to lie-filled liberal bias news reporting and people celebrated for behaving badly.

Folks, I am so sick of various groups of Americans running to microphones to claim their victim status. It is so beneath the legacy of our founders. What has happened to backbone, self-reliance and true grit? If I hear one more wimpy millennial whine about not feeling “safe”, I will barf.

Every Oscar season, black actors now demand that black films, producers and actors receive Oscar nominations or Hollywood will be accused of racism. In essence, held hostage. Thus, mediocre black movies and performances must be awarded or else. Well, Hollywood, you created this monster, relentlessly promoting the narrative that America is a hellhole of racism. Your chickens have come home to roost.

As I said, folks, my political activism is all about restoring and preserving who we are as a people, a great nation.

Planned Parenthood does a little dance every time they score an intact dead baby head because it can be sold at a premium price. And yet, politicians kiss the baby killers’ derrieres and fund them annually to the tune of $500 million for political purposes. Who and what are we becoming, folks?

These are the reasons why I disagree with those who say the social issues do not matter. “Let’s just elect a candidate who will get our economy in order and seal our border; someone who will compromise, negotiate and punt the social stuff.” Building on a foundation of the economy and border security alone is like building on sand. It “ain’t” enough folks.

Here I go sounding corny again. America is exceptional because it was founded/built on the rock (God) and the extraordinary unique idea of individual freedom and liberty. Government cannot tell you what to say, think and how to worship. And yet, such infringements are happening more and more in America today. We are losing our country and our morals and far too many Americans do not see it.

It is crucial that we elect a leader who is rooted in the Constitution and faith in God, just like our founding fathers. That presidential candidate is Ted Cruz.