That’s Not the Competition; It’s the Cabinet

A few months ago, when the first Republican presidential contenders threw their hats into the ring, I tweeted this message a number of times, to widespread amusement among my Twitter followers: “2 Cubans, a black neurosurgeon, and a female CEO walk into a bar … And the joke’s on the Democrats,” with the hashtags “RealDiversity” and “GOP2016.” 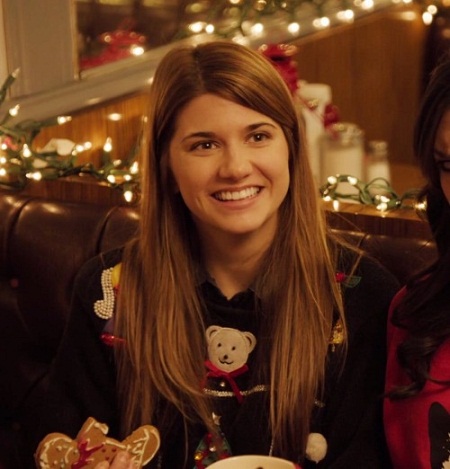 One of the Left’s favorite talking points — especially during political campaigns — is that there is no diversity and no vision anywhere in the GOP. But the current crop of Republican candidates makes that meme much harder to maintain. United States Sens. Ted Cruz of Texas and Marco Rubio of Florida are both children of Cuban immigrant parents. Dr. Ben Carson is an African-American physician who overcame poverty in Detroit to become the head of pediatric neurosurgery at Johns Hopkins University and an author of several best-sellers. Carly Fiorina is the former chief executive of Hewlett-Packard, one of the country’s foremost computer companies.

In the ensuing months, we’ve added to that lot: another physician, U.S. Senator Rand Paul from Kentucky (who is just coming off a trip to Haiti where he was performing pro bono eye surgeries for the poor); Bobby Jindal, the Indian-American governor of Louisiana; and Scott Walker, a college dropout and a “red” governor in the very “blue” state of Wisconsin, who has successfully taken on the state’s public sector unions in his battle to address Wisconsin’s fiscal woes.

And all of this is without mentioning bombastic billionaire Donald Trump.

If I were running the Republican National Committee, my de facto slogan for the 2016 presidential campaign would be: “This isn’t the competition; it’s the cabinet.”

Trump’s arrival on the scene has changed the election narrative and dominates the media coverage at present. But the press is fickle. Two weeks ago, Trump was a joke who only merited the entertainment section; this week’s headlines proclaim him the heir apparent, and the other candidates dead in the water.

The chattering classes profess to notice (again) what conservatives have been saying for years — that the electorate is sick to death of elitists who ignore serious national concerns while making expedient political decisions for their own benefit. Trump has brought that sentiment — at least as it regards immigration — to the forefront of people’s attention. But we should expect the other GOP candidates to follow suit; anyone who doesn’t can kiss their political aspirations goodbye.

The relentless push to predict who the Republican nominee will be is just silly at this point. And I submit that there is far too much emphasis being placed on who is going to be the quarterback, and not enough attention being paid to the strength of the team.

To take an example from history, what was remarkable about the founding of the United States was not the presence of one “most important” or “most influential” Founding Father, but the leadership, courage and vision among the group of men (and women) who spearheaded the American Revolution and built this nation in its aftermath.

Our country is facing urgent fiscal, social and even moral crises, both at home and abroad, that demand that kind of leadership again. One person, no matter how brilliant or experienced, cannot do it alone. Obviously, only one of the current candidates can become the Republican nominee, or the eventual President of the United States. But the group of people running for president as Republicans is a rich pool of talent from which to draw for positions such as secretary of commerce, secretary of health and human services, secretary of labor and secretary of state. God knows we desperately need new leadership in those roles as well.

The public mood seems to favor political outsiders at present. That doesn’t describe all of the Republicans, by any means. (Jeb Bush, anyone?) And yet, taken together, this group of candidates reflects deep leadership in technology, business and medicine; an intimate familiarity with the contributions of immigrants to America; the work ethic of African-Americans; the experience of shattering the male-dominated glass ceiling of corporate chief executives; as well as the ability to craft public policies that both resolve profound problems and inspire voters across party lines.

By contrast, what do we hear from the Democratic Party’s frontrunners? Gross mischaracterizations of American enterprise; pandering to sworn enemies of the U.S.; slavish support for discredited collectivist economic models; $250,000 speaking fees; deleted emails; and the defense of dead baby parts.