The Case For Christmas (Part 1)

Lee Strobel earned a Master of Studies in Law degree from Yale Law School, became the award-winning legal editor of the Chicago Tribune and was a spiritual skeptic until 1981. I recently read his short 91-page booklet titled “The Case for Christmas,” in which he viewed the sacred holiday as an investigative journalist and interviewed scholars on the heart of its meaning. You can call his book “The Rationale, or Reason, in the Reason for the Season.” 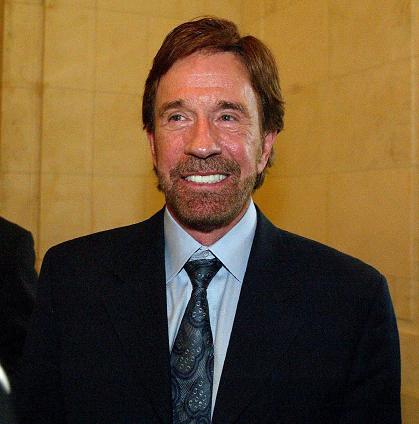 Strobel explained in his Introduction, “Essentially, that’s what I did for a living as a Tribune reporter — investigate claims to see if they’re true, separate rumors from reality, and determine facts from fiction.”

As an atheist and crime reporter for The Tribune, Strobel first set out to disprove and discredit the Christ in Christmas, but ended up writing in favor of him in face of the compelling evidence. Strobel commendably allowed even his own bias to be confronted by his investigation.

Strobel’s historical examination led him to do research in four primary areas and proofs: the eyewitness evidence, the scientific evidence, the profile evidence and the fingerprint evidence. Behind each of those four proofs were these four questions:

— Can the biographies of Jesus (in the bible) be trusted?

— Did Jesus fulfill the attributes of God?

— Did Jesus match the identity of the Messiah?

I recommend a complete reading of Strobel’s booklet because there’s so much more evidence in it to be examined and pondered. Nevertheless, I grabbed a few of the experts’ answers to those questions and highlighted them here in my Christmas column.

— Can the biographies of Jesus (in the bible) be trusted?

Craig Blomberg, who received his Ph.D. from Aberdeen University in Scotland and later served as senior research fellow at Cambridge University, is one of the foremost authorities in our country on Jesus’ biographies. In “The Case for Christmas,” Dr. Blomberg explained to Strobel that, as with some of the best works of antiquity, Jesus’ biographical accuracy is based upon eyewitnesses. The fact is two of the Gospels or accounts about Jesus (Matthew and John) were authored by first century eyewitnesses of his life. The other two Gospels (Mark and Luke) were written by men of high repute who compiled firsthand eyewitness evidence.

For example, there is turn-of-the-first century evidence that the Gospel of Mark recorded the Apostle Peter’s eyewitness testimony. In addition, the New Testament writer Luke, a physician and historian in that day, wrote in his prologue, “Many have undertaken to draw up an account of the things that have been fulfilled among us, just as they were handed down to us by those who from the first were eyewitnesses and servants of the word. With this in mind, since I myself have carefully investigated everything from the beginning, I too decided to write an orderly account for you … so that you may know the certainty of the things you have been taught.”

Dr. Blomberg explained to Strobel that it’s also very important to note that even liberal critics date all four accounts of Jesus’ life in the Bible within the first century A.D. And, as copies of those Gospels circulated around Israel and the Mediterranean world, there wasn’t a single person living at that time who wrote down any doubt of their content’s accuracy, even though a myriad of eyewitnesses of Jesus’ life and ministry were still alive in the first century.

— Does archaeology confirm or contradict Jesus’ biographies? In this section of his booklet, Strobel shares about his interview with John McRay, Ph.D., who wrote the nearly 500-page book, “Archaeology and the New Testament.” McRay studied at Hebrew University, the Ecole Biblique Archeologique Francaise in Jerusalem, Vanderbilt University Divinity School, and the University of Chicago, from which he earned his doctorate.

Strobel posed the question to Dr. McRay: “Does archeology affirm or undermine the New Testament when it checks out the details in those accounts (about Jesus)?”

When the authors of the Gospels wrote about people, places and events, they wrote about historical realities that existed or occurred in real space and time in first century Palestine. Among those are the census that required Mary and Joseph to return to his town of Bethlehem and the archeological proof for Nazareth, which was once doubted to exist by skeptics.

Dr. Ray affirmed that archeological discoveries haven’t controverted a single reference in the birth narratives of the Gospels. That is why, for example, Dr. McRay, explained, “The general consensus of both liberal and conservative scholars is that Luke is very accurate as a historian. He’s erudite, he’s eloquent, his Greek approaches classical quality, he writes as an educated man, and archaeological discoveries are showing over and over again that Luke is accurate in what he has to say.”

Not only are the Gospels full of real people, places and events, but they are also backed by having some of the earliest and the greatest number (1000s) of handwritten manuscripts compared to other works of antiquity. They demonstrate “99.5 percent free of textual discrepancies” when comparing the New Testament’s earliest manuscripts with today’s modern translations.

Next week, in Part 2, I will reveal how other scholars replied to Strobel’s remaining two questions: Did Jesus fulfill the attributes of God? And did Jesus match the identity of the Messiah — the one who Jews expected to come as the savior of the world?

If you want to read those answers sooner and in greater depth, pick up Lee Strobel’s “The Case for Christmas,” or you can watch Strobel himself detail the evidence in a CCN public speech he gave posted on YouTube.

Speaking of inspirational videos, I can’t complete this Christmas column without recommending you also view a timeless Christmas classic: President Reagan back in 1981 giving his Christmas address from the Oval Office. It is among his best orations on faith and Christmas — one that we may never hear again unless we re-elect another leader in his legacy.

From my wife Gena and I, we wish you a very Merry Christmas and the happiest of New Years!

American Hostages, My Granddaughters, and the Hope of the World[3]