In fact, when: you actually see how many people have given up, it will STUN you[1]. 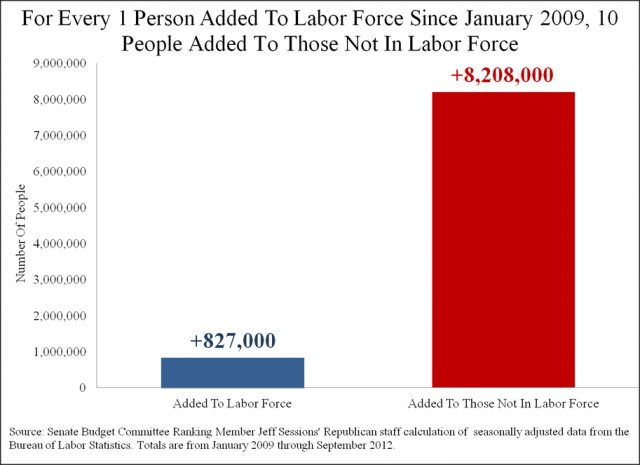 For every man who has gotten a job under Obama, almost 10 Americans have dropped out of the labor force. That’s not a trickle; it’s a flood. That’s not a decline; it’s a collapse. It’s not a fender bender; it’s the Hindenburg disaster. What do you even say to something like that other than, “This chart proves beyond a shadow of a doubt that Barack Obama doesn’t deserve a second term.”