The Consequence of Ignorance

The prolific science fiction producer Irwin Allen filled the 1960’s TV schedule with shows of incredible fantasy. Outer space, time travel and deep sea adventures mesmerized fans as they watched blinking computerized robots, one-eyed monsters and giant octopuses invade the world of fiction. Wherever the spaceship or submarine crash landed, you could bet the crew would soon be facing dangerous adversaries as far-fetched as a creepy monster made out of cardboard. Watching those silly shows were fun then and honestly, still are. They were campy, entertaining and unbelievable. But beam us up to today’s reality and we now face threats science fiction writers would have never imagined possible. 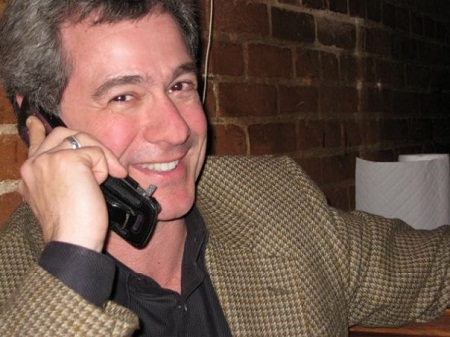 If men from Mars landed here today, they would have a hard time understanding why the greatest of all nations, a vast superpower of liberty that has welcomed millions seeking freedom from tyranny, eradicated diseases that plagued the globe, created great wealth, put a man on the moon and projected history’s most powerful military is retreating before the greatest terror proponent in the known universe; Iran. Despite our proud history and unique American optimism, a weak and malicious Obama Administration has struck a deal with the leading state sponsor of terror. The deal paves the way for the acquisition of lethal nuclear weapons placed into the evil clutches of the ayatollahs whose death culture embraces the destruction of non-believers and infidels.

Iran is the largest exporter of terror in the world. They finance and support Islamic terror proxies like Hamas and Hezbollah who successfully kill, maim innocents and threaten the existence of sovereign nations. Thousands of Americans have been murdered by Islamists and more killing is promised. All one has to do is listen to the chants of the Iranian people led by their grotesque Supreme Leader screaming “Death to America,” “Death to Israel.” How could one be so naive and cowardly to give in rather than incinerate their means to pursue this threat when we have the power to do so? Do the events of a mere 75 years ago not remind us that the words of a despotic totalitarian who delights in imprisoning and murdering his own people have meaning and should be taken seriously?

Iran has held American hostages since the Islamic Revolution of the 1970’s and continues to do so today. Blood-curdling comments such as “Israel’s existence is non­negotiable” receive hardly a syllable of condemnation from a muted world body. Iran jails innocents by the thousands, throws gays off buildings for the thrill of the onlookers, and hangs them from cranes while much of the world waits in line for sanctions to be lifted so they can enrich this leg of the axis of evil empire with billions in trade.

But as horrible as this deal is and as ignorantly weak as our negotiators proved to be, the real blame must be placed on the majority of the American electorate. The foolish people who knew nothing nor were willing to learn about the mysterious man from Kenya whom they twice elected President. Barack Obama and the nuclear agreement reached between the P5+1 countries and Iran have one thing in common; they are both historic mistakes of major cataclysmic proportions. The high price we are paying today does not begin to match what tomorrow will bring if we continue down the road of ruin he has paved.

The foolish people who fainted at his cadence, screamed for joy that he will “put gas in my car and pay my mortgage”, thought he was cool and fell for his jargon of “hope” and “change” like loopy groupies. Based on skin color rather than the quality of his character, Obama supporters were overwhelmingly African-American. Today, black unemployment is at an all-time high and black-on-black murder is at unprecedented levels – and he never did pay anyone’s mortgage. Despite Obama’s renowned Islamic background, he received 65% per cent of the Jewish vote.

His acquiescence to Iran has imperiled the Jewish State’s future. No US President has had a lower opinion rating in Israel. His relationship with its Prime Minister has been petty and petulant. White liberals lined up in droves to support him so they could feel cleansed of a racist past regardless of the few policy hints he made. “Fundamentally changing America” is a quote he should have been forced to define.

And then there’s the media, which created this rock star without vetting who he really was. If they gave him the Trump treatment, he would not have become President. However, in this politically correct climate, blacks and liberals created a hands-off American phenomenon that has left us weaker, more divisive and economically shaken than at any time in our history. The consequence of ignorance led to the election of Barack Hussein Obama; a man with a chip on his shoulder as big as Gibraltar. The decisions made by this President will resonate for generations. They will ask why we did not stop the rise of Islamic terrorism when we had the power to do it. In fact, why did we effectively arm Islamic terrorists? My answer would be there were too many fools who believed in the foolish fantasy of Obama and for them, I have no pity.

William Pollack is a broadcaster and movie theater entrepreneur based in Memphis, TN