The Crucifixion of Jason Richwine

How low will supporters of the Gang of Eight immigration bill go to get their way? This low: They’ve shamelessly branded an accomplished Ivy League-trained quantitative analyst a “racist” and will stop at nothing to destroy his career as they pave their legislative path to another massive illegal alien benefits bonanza. 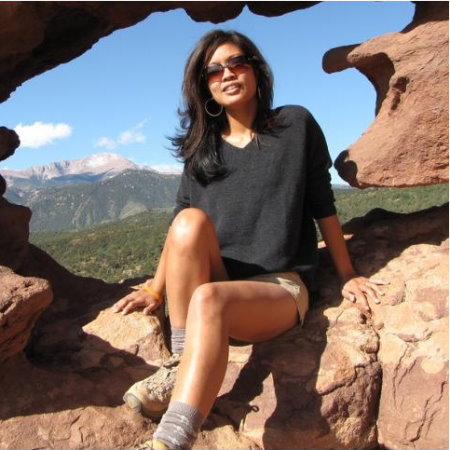 __ Jason Richwine works for the conservative Heritage Foundation. He’s a Harvard University Ph.D. who co-authored a study that pegs the cost of the Ted Kennedy Memorial Open Borders Act 2.0 legislation at $6.3 trillion. Lead author Robert Rector is a senior research fellow at Heritage, a former United States Office of Personnel Management analyst and the intellectual godfather of welfare reform. He holds a master’s degree in political science from Johns Hopkins University.

Both Democrats and Republicans leaped to discredit the 102-page report without bothering to read it. The Washington Post falsely claimed the study did not take into account increased revenues from amnestied illegal alien workers. It did. Haley Barbour immediately proclaimed that the Heritage assessment of government costs incurred by amnestied illegal aliens was “not serious.”

__They want to talk gravitas? Let’s talk gravitas. Blowhard Barbour is a career politician and paid lobbyist for the government of Mexico who has carried water for open borders since the Bush years. Richwine received his doctorate in public policy in 2009 from Harvard University’s prestigious Kennedy School of Government. He holds bachelor’s degrees in mathematics and political science from American University. Before joining Heritage in 2010, he worked at the American Enterprise Institute on a dissertation fellowship.

Richwine’s 166-page dissertation, “IQ and Immigration Policy,” is now being used to smear him — and, by extension, all of Heritage’s scholarship — as “racist.” While the punditocracy and political establishment sanctimoniously call for “honest discussions” on race, they rush to crush bona fide, dispassionate academic inquiries into the controversial subjects of intelligence, racial and ethnic differences, and domestic policy.

Richwine’s entire thesis is now online here: http://www.scribd.com/doc/140239668/IQ-and-Immigration-Policy-Jason-Richwine[2]. Part One reviews the science of IQ. Part Two delves into empirical research comparing IQs of the native-born American population with that of immigrant groups, with the Hispanic population broken out. Richwine explores the causes of an immigrant IQ deficit that appears to persist among Hispanic immigrants to the U.S. through several generations.

The thesis analyzes social policy consequences of these findings and uses a model of the labor market “to show how immigrant IQ affects the economic surplus accruing to natives and the wage impact on low-skill natives.”__

The smug dismissal of Richwine’s credentials and scholarship is to be expected by liberal hacks and clown operatives. But a reckless and cowardly pileup of knee-jerk dilettantes on the right — including former McCain campaign co-chair Ana Navarro and conservative Washington Post blogger Jennifer Rubin — have joined the character assassins of the Soros-sphere, MSNBC and Mother Jones in deeming Richwine a “racist.” The drooling attack dogs of the far-left blog Daily Kos have now launched a pressure campaign against the JFK School demanding to know “why the school awarded Richwine a Ph.D. and what they plan to do in the future to prevent it from happening again.”__

No researcher or academic institution is safe if this smear campaign succeeds. Richwine’s dissertation committee at Harvard included George Borjas, Robert W. Scrivner Professor of Economics and Social Policy. The Cuban-born scholar received his Ph.D. in economics from Columbia. He is an award-winning labor economist, a research associate with the National Bureau of Economic Research and the author of countless books, including a widely used labor economics textbook now in its sixth edition.

Richard J. Zeckhauser, the Frank P. Ramsey Professor of Political Economy at JFK, also signed off on Richwine’s dissertation. Zeckhauser earned a Ph.D. in economics from Harvard. He belongs to the Econometric Society, the American Academy of Sciences and the Institute of Medicine (National Academy of Sciences).

The final member of Richwine’s “racist” thesis committee is Christopher Jencks, the Malcolm Wiener Professor of Social Policy at Harvard’s JFK School. He is a renowned left-wing academic who has taught at Harvard, Northwestern, the University of Chicago and the University of California, Santa Barbara. He edited the liberal New Republic magazine in the 1960s and has written several scholarly books tackling poverty, economic inequality, affirmative action, welfare reform and, yes, racial differences (“The Black-White Test Score Gap”).

The willingness of Republican Gang of 8’ers to allow a young conservative researcher and married father of two to be strung up by the p.c. lynch mob for the crime of unflinching social science research is chilling, sickening and suicidal.

These are serious people doing serious work. The crucifiers of Jason Richwine pretend to defend sound science. But if it is now inherently racist to study racial and ethnic differences among demographic groups, then it’s time to shut down every social sciences department in the country.

Michelle Malkin is the author of “Culture of Corruption: Obama and his Team of Tax Cheats, Crooks and Cronies” (Regnery 2010). Her e-mail address is: [email protected][3].