The Higher Our Tech, the Ruder We Get

Get this: Social media are making us ruder.

According to Reuters, social media users face “an increase in rudeness online with people having no qualms about being less polite virtually than in person.” 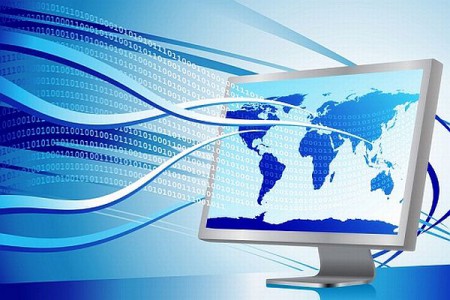 I think our rudeness began ticking up with the introduction of another technological innovation: the telephone.

As phones became commonplace in American homes, people could communicate miles apart with each other – rather than being face-to-face.

People are much more likely to say things over the phone that they would never try to get away with saying while looking you in the eyes.

Technology continued to evolve, and so did our opportunities for rudeness. When answering machines become widely available in the ’70s, people initially considered them rude.

Callers had the sense that the people they were calling were using the devices to screen their calls – and they were, so callers often hung up before leaving a message.

The telephone company solved that problem with the introduction of “*69” – punching in *69 to retrieve the number of the last person to call you.

Boy, did that technology make us ruder. I remember coming home once from a business meeting to find someone had hung up on my answering machine without leaving a message. I dialed *69, retrieved the number and called.

The phone rang four times before an answering machine picked up. A woman’s recorded voice said, “Hello, Bill and I aren’t in right now … .” I had no idea who the woman was, so I hung up.

I returned home again later that day to discover another person had hung up on my machine. I dialed *69, retrieved the number and called. I got an answering machine – “Hello, Bill and I aren’t in right now … .” – and hung up.

The woman uttered some profanities, then hung up.

Caller ID quickly made both answering machines and *69 obsolete. Before long, everyone was screening calls. How rude.

The cell phone kicked rudeness into high gear. People are happy to make and take calls at the library, the movie theater and anywhere else they can annoy their fellow man.

Email is another innovation that is still doing damage. People dash off notes in anger, in which they say things to friends, loved ones and suddenly former bosses that they would never say in person.

Then there’s text messaging – the art of pressing both thumbs against a miniature keypad to bastardize the English language.

If you try to have a face-to-face conversation with a younger person, you cannot do so without him or her texting five or more people while you chat – behavior that used to be considered awfully rude.

And now, with social media, rudeness has a public forum. In haste, we type and post messages we would never say in person – messages that sometimes destroy relationships and reputations, particularly when those messages go viral.

It’s true that there are many reasons for the breakdown of civility. Judith Martin, Miss Manners, says good manners are the philosophical basis of civilization. When manners are strong, people restrain their impulses to be rude and abrasive – regardless of the form of communication they use.

But when manners are weak – and they are weak in societies in which the government determines behavior with a growing list of laws, rules, regulations and punishments – they are a reflection of the health of a civilization.

And where rudeness is concerned, our civilization isn’t looking so healthy.