Memories Pizza is an openly Christian business located in Walkerton, Indiana. ABC-57 reporter Alyssa Marino walked into the pizza parlor and asked the owner, Crystal O’Connor, what she thought of the new religious freedom law. Here’s what happened next[1]. 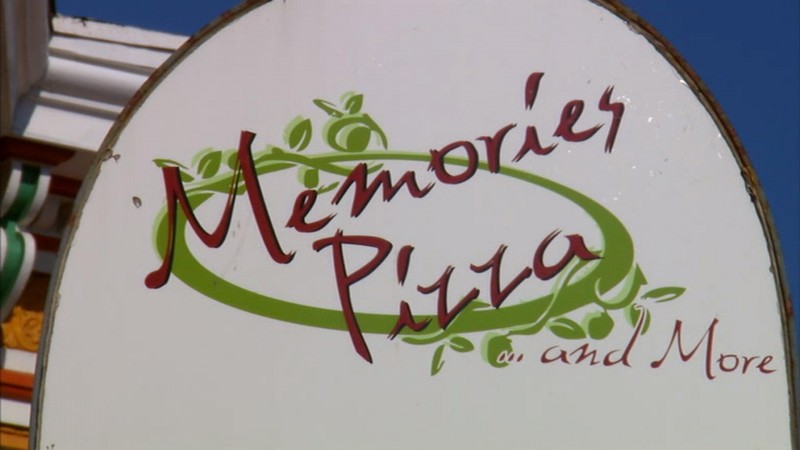 Owner Crystal O’Connor says she’s in favor of it, noting that while anyone can eat in her family restaurant, if the business were asked to cater a gay wedding, they would not do it. It conflicts with their biblical beliefs. Alyssa’s tweet mentions that the O’Connors have “never been asked to cater a same-sex wedding.”

…In other words, Memories Pizza didn’t blast out a news release. They didn’t contact the media, nor make a stink on Twitter or Facebook. They didn’t even post a sign in the window rejecting gay-wedding catering jobs. They merely answered questions from a novice reporter who strolled into their restaurant one day – who was sent on a mission by an irresponsible news organization.

…Memories Pizza didn’t “publicly vow to reject gay weddings” as HuffPo says it. The O’Connors were just, quite literally, minding their own business.

Back in the ABC-57 studio, Rosie Woods read three negative social media comments attacking the pizza shop owners, and then said, “And that’s just one side of this debate that’s heating up as more people and business owners speak up about the law.”

…All of the blog traffic and social media activity led to about 36,000 Facebook shares at ABC57.com on the original Alyssa Marino story less than 24 hours after it aired.

…Meanwhile, over at Yelp.com, more than a thousand “reviews” of Memories Pizza rapidly accumulated, quickly overwhelming the positive comments from actual customers who like the pizza, the hospitality and the small-town charm. Folks who never heard of Walkerton attacked Crystal O’Connor’s business, her morality and her Lord. Many of the remarks included racially charged descriptions of genitalia and sex acts. “Reviewers” also posted pictures of naked men, of Adolf Hitler shouting “Ich habe ein pizza” (I have a pizza), and of Jesus gesturing with his middle finger. Over on Facebook, the restaurant’s 5-star average rating rapidly plunged to one star, as non-customers slammed away at Crystal’s little business.

…Lest you think I’m being too dramatic. Late Wednesday, word comes that Jess Dooley, a female coach at Concord High School 45 minutes away in Elkhart, has been suspended after tweeting:

Who’s going to Walkerton, IN to burn down #memoriespizza w me?

The Left was thrilled that thousands of liberals were hurling hate at these people, putting up false YELP reviews and even making death threats. Then, they thought they had some REALLY good news.

Word came that Memories Pizza was shutting down.

So, the anti-Christian fascists had scalped these impertinent Christians for daring to stand up for what they believed in.

However, the shut down? It’s temporary due to the threats[3].

Restaurant owners said they would serve everyone, including gays, but that did not shield the company from outraged liberals. After receiving a torrent of hate, including death threats and a threat of arson, the company closed, The Hill reported Wednesday.

Business owner Kevin O’Connor said the hatred was so intense that he decided to close until further notice, The Hill added.

That unfortunate and hopefully some of these brownshirt liberals who made violent threats will end up in jail where they belong for what they’ve done. However, the temporary shut down was more than offset by a GoFundMe page Dana Loesch[4].

Also, Crystal O’Connor, when you’re ready to open back up, let us know because Right Wing News is ready to help out.

The people threatening & trashing #MemoriesPizza[5] are anti-Christian brownshirts. We’ll be buying 10 pizzas from them the moment they open.

Not only am I going to buy pizzas from #MemoriesPizza[5], I’m going to run an article on Right Wing News encouraging others to do it, too #$$$$

I want to see if we can gin up a few thousand pizza orders from around the country that Memories Pizza can donate in our name to a local church, charity or homeless shelter.

When there are Christians being persecuted by anti-Christian hatemongers for standing up for Biblical principles, Christians have a duty to come to their defense. Furthermore, we owe a special debt to Memories Pizza because they exposed the hateful nature of the people we’re up against and their true intentions. These are people who believe Christians should be forced to cater to gay weddings or lose their businesses and they can’t deny it any longer. While we’re waiting to swing into action and lend a hand, feel free to chip in a few bucks to help Memories Pizza here[10].