The Progressive War on Truth Claims Another Victim

Sean Bergin is the latest casualty in the progressive War on Truth.Bergin, a reporter for News 12, a regional television station in New York and New Jersey, interviewed the widow of a criminal shot and killed by police. : Lawrence Campbell, who was black, stabbed and stole a gun from a Walgreens security guard that he then used to murder a rookie Jersey City police officer, Melvin Santiago. 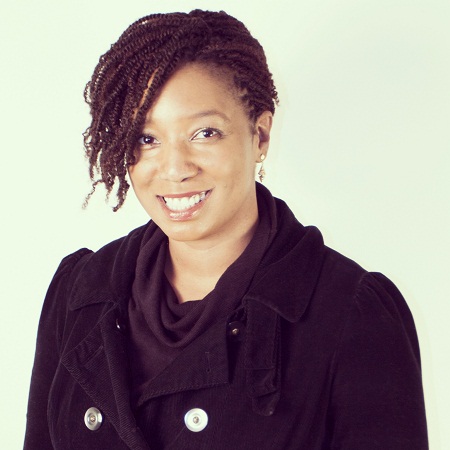 [1]The shooter’s widow was unrepentant, wishing on camera that “he had taken more cops with him.” : She later apologized.After Bergin reported the station was “besieged” with complaints from angry police officers for airing the interview footage, he said on-air:: It’s important to shine a light on this anti-cop mentality that has so contaminated America’s inner cities, the underlying cause of all of this, of course, young black men growing up without fathers.News 12 promptly suspended and demoted Bergin, cutting his reporting to once a week. Bergin quit.The veracity of Bergin’s statement is not in question. : News 12 declined to comment on a “personnel issue.” : Why was he suspended? : Is it because a white broadcaster said it?: Perhaps it was because Bergin’s statement is true: black boys are born to single-parent homes at an alarming rate – 80 percent by the latest data. : That parental absence is considered a key factor in later criminality. : Silencing anyone daring to speak openly and honestly about it doesn’t help the pervasiveness of wrong thinking in inner cities. : It actually helps keep inner city blacks down and the purveyors of said failed policies firmly in power.: Perhaps News 12 has a genuine aversion to commentary mixed with the news. : A more likely reason, however, is they don’t want to offend black viewers who know the truth but don’t want it stated publicly by a white man. : This aversion to hearing the truth based on who says it is immature and detrimental to solving very real societal ills, especially when they are plaguing inner-city communities at an ever-increasing and alarming rate.Once we get past the political correctness that’s killing open dialogue, we can reattach the stigma that deterred women from having babies out of wedlock.:  If men knew they would be on the hook for every single child they fathered, they would be more careful. : As it is, the out-of-wedlock birthrate in the black community already more than doubles whites’. : It wasn’t always this way, but Great Society welfare programs and the proliferation of abortion propelled us to this place.Ending the lives of the unborn is not the answer. : Abortion rates for black women are triple that of whites. Why not talk about that and admit government-directed solutions are not working and destroying the communities they purport to help?Welfare reform is another casualty of the War on Truth. : Government actually pays women to keep fathers out of the home, destabilizing entire neighborhoods and removing the incentive for single men to seek employment and strive for success.Why was mentioning the epidemic of black fatherlessness and its relation to rising criminality enough to get Bergin suspended? : With News 12’s refusal to respond, viewers may never know. : Perhaps if Bergin placed the blame on whites or so-called one-percenters, they would’ve been acceptable.Kudos to Bergin for telling the truth, but why should he stand alone? : Why don’t more broadcasters return to their first love of the pursuit of the truth? : : Viewers are hungry for it, ratings would benefit from it and it would remove the shield of lies protecting people from horrible choices.But the truth doesn’t suit the narrative of ever-bigger government, more deficits and more failed government intrusion.Shielding individuals making horrible life choices is an insult to those who dedicate their lives to the service and defense of others, namely the late Melvin Santiago.What message does it send that there was a memorial to the drugged-out felon who took Santiago’s life? : Worse still, what does it say that Bergin was suspended for calling out the truth about this killer and the environment that produced him?As a nation, we must reward the truth-tellers among us. : If we don’t, our need for them will only increase. : May their voices never become feeble.

Stacy Washington is a member of the national advisory council of the black leadership network Project 21 and hosts a talk radio show on KFTK-St. Louis. : Comments may be sent to: [email protected].