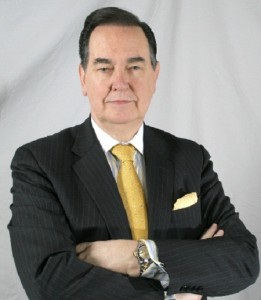 Immediately, familiar narratives came into play. The narrative for some African-Americans appears to reinforce the belief that racism and discrimination are responsible for whatever difficulties they face. For some whites recent events seem to reinforce the narrative, seen on local news, that African-Americans are violent criminals, welfare cheats or liberal politicians out for themselves instead of others.

Don’t we already have enough to fear from Islamic terrorists? Must we also fear racial conflict, stoked by groups like “Black Lives Matter”? Are we reverting to the ’60s when police officers were often seen as the enemy? Will some again refer to police officers as “pigs,” fuzz,” “The Man”? Will they have targets on their backs?

Attorney General Loretta Lynch touched on part of the problem in her remarks about the Dallas ambush. She said we must “turn toward each other, not against another.”

We don’t really know each other. Labels and images have replaced human contact. Social media tends to make the problem worse. Information shared there is often half-true or completely inaccurate. The “hands-up, don’t shoot” narrative that followed the Ferguson, Missouri, shooting of Michael Brown is just one example. Despite a thorough investigation that proved Brown did not have his hands up in an act of surrender to a police officer, the false narrative continues, with even members of the Congressional Black Caucus promoting it.

If you are white and reading this, how many African-Americans do you know? If any, do you know the names of their family members? Have you ever shared a meal with them or invited them to your home? Do you attend church together? I ask these same questions of African-Americans. Dr. Martin Luther King once said, “…11 o’clock on Sunday morning is the most segregated hour in Christian America.” Why is this? A church congregation should model equality and a common worship experience of the God who made us all and to whom racism is a sin.

I was born in Washington, D.C., at a time when the city was segregated. The only black people I knew growing up were our two maids. I never knew their last names, which I later learned was a practice held over from slavery, a way to denigrate, demean and keep in one’s place.

Later, when I began playing basketball, I met, traveled, showered and ate with African-American teammates. Sport is a great equalizer. It was said that the late congressman and football player Jack Kemp showered with more African-Americans than attend Republican political conventions. He showed up in poor neighborhoods and spoke up for the poor to the embarrassment of many white Republicans. He called himself a “bleeding heart conservative.” Kemp inspired others. Isn’t inspiration, not accusation, what we need now?

Failed liberal policies, not racism, are mostly responsible for the condition in which poor African-Americans find themselves. Welfare dependency and the narrative that because one is black one will always be discriminated against keep many discouraged and defeated.

There are more African-American politicians today than ever, even in the White House. Why isn’t their narrative inspiring the next generation? I think it’s because if the poor were to become self-sustaining they might not need liberal politicians. Poor African-Americans are a core Democratic voting bloc, despite receiving little in return from the politicians they help elect.

What is the biggest lie and worst narrative of all? It’s that politicians can deliver economic and social salvation. Hating the police will not affect this narrative nor will it improve anyone’s circumstances.