In his recent ruling that California’s teacher tenure laws violate the California state constitution, Judge Treu stated such laws cause “the potential and/or unreasonable exposure of grossly ineffective teachers to all California students in general and to minority and/or low-income students in particular.” 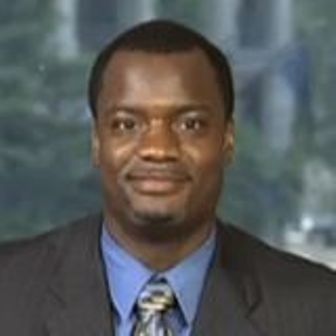 The case, Vergara v. California, brought by students asserting discrimination from pro-teacher tenure protections, is hailed as a modern-day Brown v. Board of Education because of its sweeping potential.

In all but three states and Washington, D.C., teachers in government-run schools have virtually career-long job security through tenure. In California, teachers gain tenure after just two years of service. According to the Wall Street Journal, only 91 California teachers were fired in the past decade, and only 19 were fired for poor performance. Yet an expert witness testified that possibly 8,250 California teachers can be considered grossly ineffective.

To put tenure in perspective, less than 0.002 percent of California teachers are dismissed for unprofessional conduct or poor performance in any given year as compared to one percent for other California public employees and eight percent of private sector workers.

Tenure favors seniority over merit, forcing “last in-first out” layoffs that can hurt classrooms with good, but young, teachers. Judge Treu wrote “both students and teachers are unfairly, unnecessarily, and for no legally cognizable reason (let alone a compelling one) disadvantaged by the current [tenure] statute.”

Almost immediately, Obama Administration Secretary of Education Arne Duncan cheered the ruling, calling it “a mandate” to build “a new framework for the teaching profession.” Duncan added: “The students who brought this lawsuit are, unfortunately, just nine out of millions of young people in America who are disadvantaged by laws, practices and systems that fail to identify and support our best teachers and match them with our neediest students.”

Here’s where the irony begins. Duncan clearly supports the Vergara ruling. Moreover, he demonstrates that he believes existing tenure rules make accountability more difficult – which can hurt good teachers and hamper incentives for improvement. He also appears to agree with Judge Treu that minority students are hurt most by unchecked tenure protections.

Unfortunately, Duncan’s comments lack specific actions that he, as the Obama Administration’s point man on education, could or would take to rectify a problem he admits exists nationwide.

How can the U.S. Department of Education help alleviate the disparate impact of teacher tenure on teaching? More importantly, how can the Obama Administration do so when teachers unions consider tenure a non-negotiable issue and are expected to appeal Judge Treu’s ruling?

Teacher tenure laws are the product of states. States are primarily responsible for education, and the federal government only has a limited capability that conservatives have long argued is better left to the individual states and localities.

But, in 2009, the National Governors Association developed a set of standards in education. The result, the so-called Common Core, was promoted through an aggressive federal program called “Race to the Top” that gave incentives for hasty implementation of those standards.

Arne Duncan introduced Race to the Top. Back then, Duncan put taxpayer money where his mouth was.

Fast forward five years, and controversy over Common Core has grown. In 2009, 44 of the 50 states (along with the District of Columbia) fully adopted Common Core standards. Since then, two states repealed them altogether and another ten considered legislation to either defund or withdraw full adoption. No states that originally declined to adopt Common Core reversed course.

It seems the U.S. Department of Education is now far less aggressive in pursuing significant changes in public K-12 education. This is unfortunate, as Duncan has so resoundingly shown he believes school districts should be switching from seniority-driven rewards systems to meritocracies through tenure reform.

Despite making speeches and issuing prepared statements, things cannot get done until one puts his money where his mouth is.

Duncan needs to take his lip-service on tenure reform to the next level.

Hughey Newsome, a business consultant in the D.C. area, is a member of: the national advisory council of the black leadership network Project: 21. : Comments may be sent to: [email protected].

A Flat GDP is Much More Important than Donald Sterling[2]