Wake Up America: Democrats at War with We the People

Please forgive me for sounding like a doting dad, but I was blessed to watch my adult daughter play in the softball world series. I beamed with pride as the outfielders backed up when she came to bat. However, what I am about to report will further entrench me as a traitor in the minds of other blacks in my family. 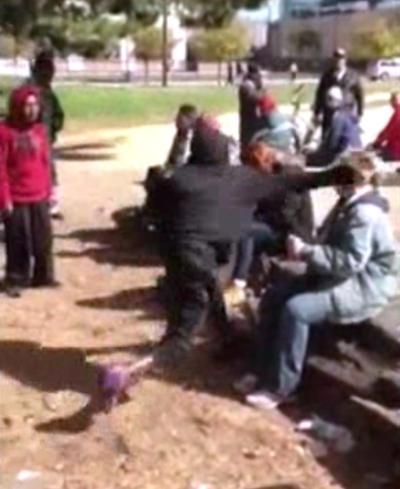 [1]My wife Mary alerted me to the latest horrific incidents of the Knockout Game that were ignored by the mainstream media. In New Jersey, a black thug knocked out an unsuspecting, defenseless white woman. In Baltimore, 50 black teens almost beat a 61-year-old white man to death. And yet, race is the first thing out of reporters’ mouths in those rare incidences in which whites assault blacks. Stats show that blacks assault whites far more than vice versa.

Democrats with MSM assistance have successfully convinced many black youths to believe that white America is a collection of racist murderers and responsible for all of black America’s woes. This Democrat-media insidious lie has caused black youths to feel morally justified in punishing their white nemesis.

Few people realize that the Democratic Party is at war with America. Yes, I am unequivocally saying everything the Democratic Party does is an attack on traditional morals and values. The party leadership is repulsed by our God-given freedom and rights written in the Constitution. Due to his radical education and perverted view of morality, President Obama believes that the world has too little because America has too much. He is using his presidency to dethrone America as the world power.

From the Oval Office to numerous corrupted liberalism-infected government agencies, Democrats arrogantly bully and govern with an iron fist against the will of a majority of Americans. In essence, the Obama regime gives the American people the finger daily.

From their perch of superiority, Democrats and liberal celebrity elitists believe that only they should be permitted to bear arms, rather than us hayseed commoners. These elitists live in massive mansions, drive gas-guzzlers, and use colossal amounts of fuel flying their private planes. Meanwhile, they lobby to force us peons to drive tiny tin cans, use public transportation, and “lower our carbon footprint” to “save the planet.”

Here are just a few examples of the Dems’ hidden war against Americans.

The nationwide epidemic of blacks attacking innocent whites is due to a clarion call to attack by Democrat-inspired and supported Black Lives Matter. What is so frustrating and crazy is that the BLM movement was founded on the lie that white cops and white civilians routinely murder blacks. Furthering this hate-generating lie, legitimizing and empowering the vile hate group, the Democratic National Committee has given BLM its blessing to host a presidential town hall – to discuss “racial justice.” Give me a break. Why not invite the KKK as well? 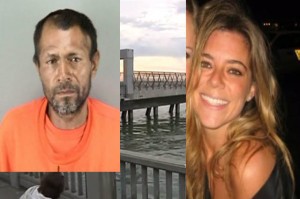 [3]Then there is Kate’s Law, which was voted down in the Senate by 44 Democrats. Thirty-two-year-old Kate Steinle, while enjoying a leisurely stroll with her dad on a San Francisco pier, was shot by an illegal who was convicted and deported numerous times. And yet, he kept coming back to the U.S.

Kate’s Law is a mandatory five years in jail for felony illegals who keep coming back. To protect our families, a majority of Americans want Kate’s Law. Democrats said, Screw you, America. We want to continue rolling out the welcome mat to illegals because we are working on giving them the right to vote. With all the government handouts we offer, we are pretty confident the illegals will become loyal Democrat voters. So screw Kate, her family, and you, America!

Another reason why Obama and the Democrats ignore federal law, encouraging the invasion of illegals, is because they believe that America has been too white for too long. I have to endure a rant from my wife every time she has to “press one for English.”

Despite national protest rallies and massive intense opposition from the American people, President Obama officially signed his insane Iran nuke deal, giving the world’s largest sponsors of terrorism $150 billion. Iranians boldly chant, “Death to America.” Obama lied, claiming there are ballistic missile restrictions in his Iran nuke deal. There are not. And where will those missiles be pointed? The answer is America. Ponder that, folks.

By the way, a majority of American voters still oppose Obamacare. Obamacare is another example of the Democrats saying, Screw you – we’re taking over your health care, deciding who lives or dies, whether you like it or not. 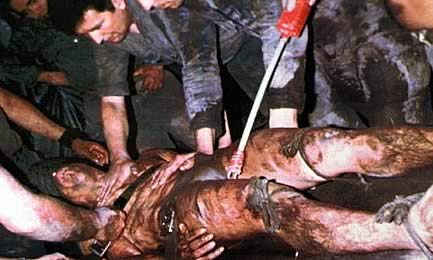 [4]Average American Joe knows very little regarding what happened at our U.S. consulate in Benghazi, Libya. In a nutshell, Ambassador Stevens begged Secretary of State Hillary Clinton for more security, saying they were sitting ducks for al-Qaeda terrorists. Stevens’s request was denied. Nothing, including Stevens’s and his staff’s lives, would be allowed to contradict the Obama administration’s lie that al-Qaeda was no longer a threat. Ambassador Stevens and other Americans were killed in a terrorist attack on our consulate. Stevens’s body was abused and dragged through the street.

To protect the administration’s terrorism-is-not-a-problem lie, Hillary Clinton, Susan Rice, and Obama appeared on numerous TV shows insisting that the attack was a spontaneous protest sparked by an anti-Muslim video. Emails revealed that Hillary knew that the attack had nothing to do with a video and that it was a planned al-Qaeda terrorist attack.

Displaying the self-serving callousness of a sociopath, Hillary looked Pat Smith, mother of Benghazi victim Sean Smith, in the eye and promised to punish the producer of the video that caused the death of her son.

It is extremely chilling that a major political party places its liberal agenda above the lives and best interest of Americans. This is how their party rolls, folks: Democrats versus the People.

In softball, my daughter is a natural. She hit a blast into the stadium lights, exploding them. Okay, I am exaggerating a bit. She did hit a ground-ball single that drove in the winning run. That’s my girl!