When Did We Vote To Become Mexico?

At first I thought the IRS scandal was leaked to distract from the Benghazi scandal. But that didn’t make sense because the IRS scandal is a more obvious abuse of power than the White House lying about the murder of four Americans in Libya. 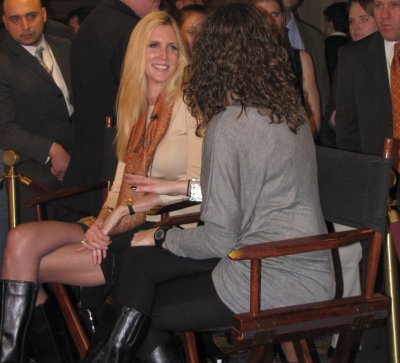 So now I think all the scandals are intended to distract from Rubio’s amnesty bill.

For decades, Mexicans have been about 30 percent of all legal immigrants to the United States, while only a smidgen more than 1 percent come from Great Britain. Is that fair? Granted, their food is better, but why is it the norm is to have nearly 30 times as many Mexican as British immigrants?

We have been taking in more immigrants from Guatemala, the Dominican Republic and Colombia, individually, than from England, our mother country. There are nearly twice as many immigrants from El Salvador as from Canada, and 10 times as many as from Australia.

Why can’t the country be more or less the ethnic composition that it always was? The 50-1 Latin American-to-European ratio isn’t a natural phenomenon that might result from, say, Europeans losing interest in coming here and poor Latin Americans providing some unique skill desperately needed in our modern, technology-based economy.

To the contrary, it’s result of an insane government policy. Teddy Kennedy’s 1965 Immigration Act was designed to artificially inflate the number of immigrants from the Third World, while making it virtually impossible for anyone from the nations that historically provided our immigrants to come here.

Pre-1965 immigrants were what made this country what it was for a reason: They were the pre-welfare state immigrants. From around 1630 to 1966, immigrants sank or swam. About a third of them couldn’t make it in America and went home — and those are the ones who weren’t rejected right off the boat for being sick, crippled or idiots.

That’s why corny stories of someone’s ancestors coming here a half-century ago are completely irrelevant. If their ancestors hadn’t succeeded, their great-grandchildren wouldn’t be here to tell the story because no one was given food stamps, free medical care and housing to stay. (And vote Democrat.)

Now we’re scraping the bottom of the barrel by holding ourselves out as the welfare ward of the world and specifically rejecting skilled immigrants.

As Milton Friedman said, you cannot have open borders and a welfare state. The reason a country’s average immigrant matters is that the losers never go home — they go on welfare. (Maybe if they had to work, immigrants wouldn’t have as much time to build bombs.) Airy statements about wanting to end welfare aren’t going to change that implacable fact.

It should not come as a surprise that a majority of recent immigrants are following a path that’s the exact opposite of earlier immigrants. The immigrant story of lore is that the first generation is poor but works hard, then the second, third and fourth generations soar up the socioeconomic ladder.

But innumerable studies have shown that Mexican first-generation immigrants work like maniacs — and then the second, third and fourth generations plunge headlong into the underclass.

By now, Mexicans are the largest immigrant group in America, with about 50 million Hispanics living here legally.

Marco Rubio’s amnesty bill will soon make it 80 million. First, there are at least 11 million illegal immigrants, a majority from Mexico, who will be instantly legalized. Then we’ll get their entire extended families under our chain migration system.

When that happens, the cover-up of murder in Benghazi, a little IRS abuse or governmental spying on journalists will be a good day for civil liberties.

A majority of Americans still do love this country — including, one hopes, legal immigrants who thought they were leaving Mexico. But a policy that will change America forever is about to slip through under the cloak of endless scandals from the corrupt Obama administration.