What would you think if your 8-year-old came home and told you that “white privilege is something that white people have, meaning they have an advantage in a lot of things and they can get a job more easily”? You would have heard that at the recent 15th annual White Privilege Conference in Madison, Wisconsin, attended by 2,500 public-school teachers, administrators and students from across the nation (http://tinyurl.com/lkoqj9b). 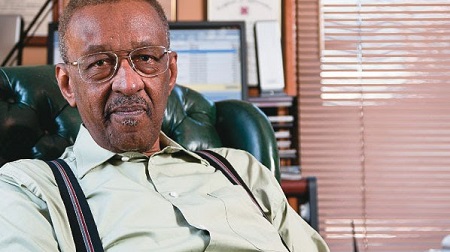 The average parent has no idea of the devious indoctrination going on in classrooms in many public schools. What follows are some of the lessons of the conference.

In one of the workshops, “Examining White Privilege and Building Foundations for Social Justice Thinking in the Elementary Classroom,” educators Rosemary Colt and Diana Reeves told how teachers can “insert social justice, anti-racist information” into their lessons that “even little kids” can understand.

Kim Radersma, a former high-school English teacher, hosted a session titled “Stories from the front lines of education: Confessions of a white, high school English teacher.” She said that teaching is a purely political act and that neutral people should “get the f— out of education.” (http://tinyurl.com/q5adt2d). She also explained: “Being a white person who does anti-racist work is like being an alcoholic. I will never be recovered by my alcoholism, to use the metaphor. I have to every day wake up and acknowledge that I am so deeply embedded with racist thoughts and notions and actions in my body that I have to choose every day to do anti-racist work and think in an anti-racist way” (http://tinyurl.com/q4z969q).

But the propaganda and lunacy go even deeper. Jacqueline Battalora, professor of sociology and criminal justice at Saint Xavier University, informed conference participants that “white people did not exist before 1681. Again, white people did not exist on planet earth until 1681” (http://tinyurl.com/lkoqj9b). That’s truly incredible. If Professor Battalora is correct, how are we to identify William Shakespeare (1564), Sir Isaac Newton (1642), John Locke (1632), Leonardo da Vinci (1452) and especially dear Plato (428 B.C.)? Were these men people of color, or did they not exist?

John A. Powell, a University of California, Berkeley law professor, told his audience, “And right now, I’m going to suggest to you that race is driving almost everything that’s happening in the country.” He explained the Hurricane Katrina disaster in New Orleans by saying, “They took money away from protecting the levees because the levees were protecting black people.”

Stephanie Baran’s message to conference participants was that capitalism is the cause of racism in the world today. This adjunct professor at Kankakee Community College, who calls herself a vulgar Marxist, added that racism was invented in Colonial America by white capitalists as a tool to divide labor and keep the working class in their place.

Educator Paul Kivel explained what he sees as Christian hegemony, saying, “Very simply, I define it as the everyday pervasive, deep-seated and institutionalized dominance of Christian values, Christian institutions, leaders and Christians as a group, primarily for the benefit of Christian ruling elites.”

Speaker Leonard Zeskind — according to the MacIver Institute, which covered the event — explained that “the longer you are in the tea party the more racist you become.” He added, “Parents put their kids in private schools because they’re racist.”

University of Iowa Professor Adrien Wing gave some of her observations about white privilege, asking, “Does having a black president change that? Has it changed that? Unfortunately, it hasn’t. … (President Obama) ends up being the front man for the system. … He works for the master of the system of white privilege.”

I can’t imagine people being stupid enough to believe all that was said at the White Privilege Conference. There’s something else at work. I think it’s white guilt. That’s why, for almost three decades, there has appeared on my website a certificate of amnesty and pardon that I’ve granted to Americans of European ancestry in the hope that they: stop feeling guilty and stop acting like fools (http://tinyurl.com/opd8vgd).

Walter E. Williams is a professor of economics at George Mason University.: