Why Conservatives Give Better Graduation Speeches

Get this: Conservatives give better graduation speeches than their more liberal-minded counterparts.

After reviewing two commencement-speech anthologies – “The World is Waiting For You,” which features 18 speeches by liberals, and “Remembering Who We Are,” which showcases 30 conservative speeches – Washington Post blogger and book critic Carlos Lozada gives five reasons why conservatives do a better job. 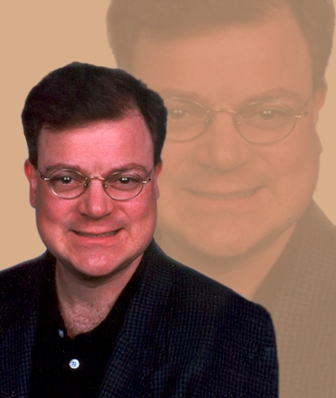 First, he writes, conservatives are more likely to speak to graduates as individuals, rather than as members of a movement or generation.

Whereas liberal speakers say things such as, “you are the first generation that …,” conservative speakers are more likely to say things such as, “you’ll rise or fall on your own” or “take opportunities as they present themselves and work hard. Eventually it will come to you.” These latter points were made in speeches by Roger Ailes and Bill O’Reilly of Fox News.

Second, Lozada writes, conservative speeches, on average, are shorter. This became evident as he compared the length of conservatives’ and liberals’ speeches. This makes sense to me.

Whereas conservatives tend to give speeches that push tangible, measurable performance improvements, liberals are great at sweeping generalities that fire up audiences but are short on specifics (remember people fainting when presidential candidate Barack Obama promised “hope and change”?)

I offer other notable examples: Republican President Abraham Lincoln gave one of the most compelling speeches in history. The Gettysburg Address took only three minutes. Gasbag communist dictator Fidel Castro once gave a speech that lasted seven hours and 10 minutes.

Whereas Cecile Richards, Planned Parenthood president, says that “life as an activist, troublemaker, or agitator is a tremendous option and one I highly recommend,” conservatives’ speeches focus on such topics as “The Art of the Entrepreneur” (U.S. News & World Report’s Mort Zuckerman), how to “Restore and Remake Our Country” (historian Victor Davis Hanson) and how to “Do Your Best to Be Your Best” (Supreme Court Justice Clarence Thomas).

Lozada gives some specific examples of the differences. Liberal Marian Wright Edelman tells students, “Godspeed, as you go out and change the world.” But more-conservative speakers tend to demand specific action and results.

“Promise yourself that over the next year, you’re going to spend half an hour a day learning something new,” said Ben Carson, now a Republican presidential candidate.

“Watch what happens when you spend a lot of time marveling at your last accomplishment,” warned Theodore Olsen, former solicitor general.

Fourth, according to Lozada, conservatives tell better stories that are more memorable and personal. He offered an example involving Fox News contributor Brit Hume: “Charlton Heston asked Hume to call him ‘Chuck,’ and Hume responded: ‘I could no more call you Chuck, sir, than I could call Moses ‘Mo.'”

Fifth, writes Lozada, conservatives are less likely to suck up to you.

Whereas Anna Quindlen told one audience “you totally rock” and Wynton Marsalis told another, “Check yourselves out, because it’s a beautiful thing,” conservatives are more likely to demand improvement.

Lozada writes that Rush Limbaugh, when asked what he would say to a graduating class, responded,

“The first thing that I would say is the world does not revolve around you, yet, and you are not the future leaders of the country, yet, just because you’ve graduated.”

So, if you have to sit through a college commencement speech this spring, prepare for sweeping generalities that are long on bluster and short on specifics – kind of like the last few presidential campaigns.