Why Pamela Geller Is Hated

Pamela Geller — the woman whose group, the American Freedom Defense Initiative, organized the Muhammad cartoon drawing contest in Garland, Texas — may be the most hated person in America right now. She is certainly the left’s chief villain. And, sad to say, though few conservatives hate her, more than a few have condemned her. 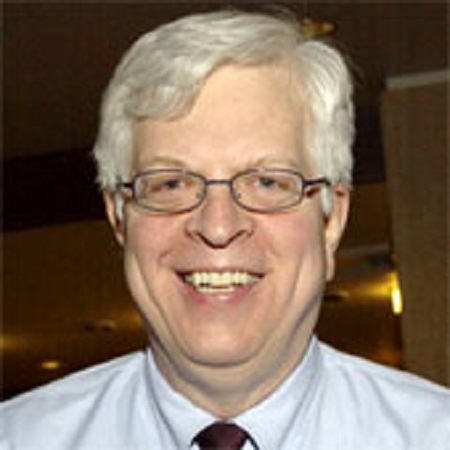 The question is why?

Reason One: The left Hates Those Who Confront Evil

The first and most important reason is a rule of life that I wrote about in a recent column explaining the left’s hatred for Israeli Prime Minister Benjamin Netanyahu:

This is a defining characteristic of the American left. That is why the left loathed President Ronald Reagan for labeling the Soviet Union an “evil empire:” He judged and confronted Communism, the greatest evil in the world after World War II.

Today, the world’s greatest evil is Islamism (the movement to impose Islam and its Sharia on society). Just as the left loathed anti-Communists, it loathes anti-Islamists, chief among whom is Netanyahu, the prime minister of the country that the Islamists most hate, the country that most confronts violent Islam — and not coincidentally the country the international left most hates.

But the left hates anti-Islamists generally, not just Netanyahu. They have successfully demonized anti-Islamists and even critics of Islam as “Islamophobes,” meaning anti-Muslim “bigots” and “haters.” Pamela Geller is now chief among them.

Geller and her group are widely labelled as “haters” and “Islamophobes” for caricaturing Muhammad. But the highly successful producers of the hit Broadway show that mocks Mormonism, “The Book of Mormon,” are not labelled “haters,” let alone “Mormon-phobes”. Similarly, the “artist” who created “Piss Christ,” the infamous photograph of a crucifix in a jar of his urine, is also not labeled a hater or a “Christiano-phobe.”

Why is that? Because neither Christianity nor Mormonism produces evil that needs to be fought. The Muslim world, however, is producing tens of thousands of murderers and millions more sympathizers; and those who criticize Islam and confront Islamism are hated because those who don’t fight evil hate those who do.

Another example of moral confusion is that Geller is accused of “provoking” Islamists to murder people. Even some conservatives have taken this position.

To best show this poorly reasoned logic, let’s imagine that some Mormons murdered members of the audience and some of the actors at a performance of “The Book of Mormon.” Who do you think The New York Times editorial page would have blamed — the producers of the show that mocked Mormonism (for “provoking” the murderers) or the Mormon murderers? The murderers, of course. Again, imagine that some Christians had murdered museum curators at whose museums “Piss Christ” had been displayed. Would the Times editorial page have blamed the “artist,” Andres Serrano, and the museum curators (for “provoking” the Christian murderers) or the Christian murderers?

America calls itself, in the final words of the National Anthem, “the land of the free and the home of the brave.” This description no longer applies — not only to the left-wing intellectual and media elite but also to the increasingly large segment of the American people that the left has influenced. Many Americans no longer cherish freedom as Americans always have and too many exhibit little courage.

Contrast American reactions to Pamela Geller with European reactions to Charlie Hebdo. After Islamists murdered 12 editors and writers of the Charlie Hebdo staff, millions of French citizens gathered to protest the murders and announce “Je suis Charlie.” There were very few French voices blaming Charlie Hebdo for “provoking” the murderers, or for being “haters.” And, it is worth noting, some of the caricatures of Muhammad published in the French magazine were truly obscene — unlike the caricatures produced by Pamela Geller’s contest which, so far as I’ve seen, were only caricatures and cartoons.

Likewise the month after the Charlie murders, courageous Danes organized a public event called “Art, blasphemy and the freedom of expression” to show support for Charlie Hebdo and for freedom of speech. That “provoked” an Islamist to murder two people and wound five police officers that day and the next. But Danes supported the organizers of the event.

And a German newspaper was firebombed after republishing some of the Charlie Hebdo Muhammad cartoons.

But in America, there were no comparable demonstrations on behalf of Pamela Geller. Instead, there were widespread condemnations. The New York Times editorial page even denied that her cartoon contest was done on behalf of freedom of speech. And hundreds of left-wing members of PEN, the worldwide writers’ organization dedicated to freedom of speech, vehemently protested the decision of the American chapter of PEN to give its Freedom of Expression Courage Award to Charlie Hebdo.

This combination — of the steep moral decline of the American left; the inability of too many Americans to reason morally; and the greater value increasingly placed on protecting (certain) people’s feelings than on protecting freedom of speech — is why a woman who did nothing more than organize a contest to draw cartoons of Muhammad may be the most reviled American alive.

Dennis Prager’s latest book, “The Ten Commandments: Still the Best Moral Code,” was published this month by Regnery. He is a nationally syndicated radio show host and creator of PragerUniversity.com.