Will California ever thrive again?

There was more of the same old, same old California news recently. Some 62 percent of state roads have been rated poor or mediocre. There were more predications of huge cost overruns and yearly losses on high-speed rail — before the first mile of track has been laid. One-third of Bay Area residents were polled as hoping to leave the area soon. 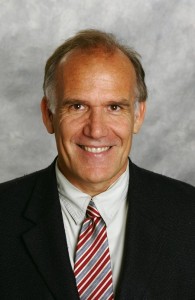 Such pessimism is daily fare, and for good reason.

The basket of California state taxes — sales, income and gasoline — rates among the highest in the U.S. Yet California roads and K-12 education rank near the bottom.

After years of drought, California has not built a single new reservoir. Instead, scarce fresh aqueduct water is still being diverted to sea. Thousands of rural central California homes, in Dust Bowl fashion, have been abandoned due to a sinking aquifer and dry wells.

One in three American welfare recipients resides in California. Almost a quarter of the state population lives below or near the poverty line. Yet the state’s gas and electricity prices are among the nation’s highest.

One in four state residents was not born in the U.S. Current state-funded pension programs are not sustainable.

California depends on a tiny elite class for about half of its income tax revenue. Yet many of these wealthy taxpayers are fleeing the 40-million-person state, angry over paying 12 percent of their income for lousy public services.

Public health costs have soared as one-third of California residents admitted to state hospitals for any causes suffer from diabetes, a sometimes-lethal disease often predicated on poor diet, lack of exercise and excessive weight.

Nearly half of all traffic accidents in the Los Angeles area are classified as hit-and-run collisions.

Grass-roots voter pushbacks are seen as pointless. Progressive state and federal courts have overturned a multitude of reform measures of the last 20 years that had passed with ample majorities.

In impoverished central California towns such as Mendota, where thousands of acres were idled due to water cutoffs, once-busy farmworkers live in shacks. But even in opulent San Francisco, the sidewalks full of homeless people do not look much different.

What caused the California paradise to squander its rich natural inheritance?

One is an elite, out-of-touch caste along the fashionable Pacific Ocean corridor that runs the state and has the money to escape the real-life consequences of its own unworkable agendas.

The other is a huge underclass in central, rural and foothill California that cannot flee to the coast and suffers the bulk of the fallout from Byzantine state regulations, poor schools and the failure to assimilate recent immigrants from some of the poorest areas in the world.

The result is Connecticut and Alabama combined in one state. A house in Menlo Park may sell for more than $1,000 a square foot. In Madera three hours away, the cost is about one-tenth of that.

In response, state government practices escapism, haggling over transgendered restroom issues and the aquatic environment of a 3-inch baitfish rather than dealing with a sinking state.

What could save California?

Instead, hypocrisy abounds in the two Californias.

If Facebook billionaire Mark Zuckerberg wants to continue lecturing Californians about their xenophobia, he at least should stop turning his estates into sanctuaries with walls and security patrols. And if faculty economists at the University of California at Berkeley keep hectoring the state about fixing income inequality, they might first acknowledge that the state pays them more than $300,000 per year — putting them among the top 2 percent of the university’s salaried employees.

Immigrants to a diverse state where there is no ethnic majority should welcome assimilation into a culture and a political matrix that is usually the direct opposite of what they fled from.

More unity and integration would help. So why not encourage liberal Google to move some of its operations inland to needy Fresno, or lobby the wealthy Silicon Valley to encourage affordable housing in the near-wide-open spaces along the nearby I-280 corridor north to San Francisco?

Elites need to go back and restudy the state’s can-do confidence of the 1950s and 1960s to rediscover good state government — at least if everyday Californians are ever again to have affordable gas, electricity and homes, safe roads and competitive schools.

(Victor Davis Hanson is a classicist and historian at the Hoover Institution, Stanford University, and the author, most recently, of “The Father of Us All: War and History, Ancient and Modern” You can reach him by [email protected][2].)