Will Rubio Become Yet Another Candidate for Whom I Cannot Vote?

There are times when the words “never” and “always” are the only ones that work. In my case, “never” is becoming the word I must use to describe how I feel about certain candidates for high office. For example, I voted four times for a Bush and once for a McCain – something I will never do again. 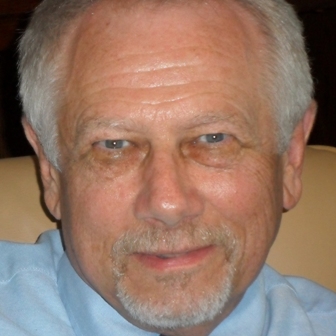 In 1988, it was Bush the elder over Michael Dukakis. In 1992, I resisted the temptation to punish President “Read-My-Lips” by casting my ballot for Ross Perot, knowing that a vote for the pintsized Texas screwball would simply be handing the presidency to Bill Clinton.

In 2000, Bush 43 was not my first choice in the primaries, but after he captured the nomination, there was no possible way I could mark a ballot for eco-fraud Al Gore, and Dubya got my vote. By 2004, when he was running for reelection, it was a no-brainer against ultra-lib John Kerry.

In 2008, John McCain was my last choice for the Republican nomination. He redeemed himself somewhat by picking Sarah Palin as his running mate, and given a choice between McCain-Palin and Obama-Biden, well, as the old saying goes, I was born at night but it wasn’t last night.

But now, after elitist statements by these people and their families, color me convinced. I will never vote for another Bush or another McCain. Former First Lady Barbara Bush, when asked about Sarah Palin, opined that the former Alaska governor seemed to love her home state – and should stay there. Bar’s namesake, one of George and Laura’s twin girls, appeared in a video proclaiming the following:

“I’m Barbara Bush, and I’m a New Yorker for marriage equality. New York is about fairness and equality, and everyone should have the right to marry the person they love. Join us.”

Of course, John McCain’s wife, Cindy, and their insipid, annoying daughter, Meghan, have expressed a similarly misguided view of marriage. During the first Obama term, McCain himself declared that the president had “moved to the middle.” Sadly, the truth is that the radically leftwing Obama would not have to move too far to the right to meet up with McCain, who never met a compromise he was unwilling to embrace.

But it is on the issue of illegal immigration that George W. Bush and John McCain – the two men who, along with Mitt Romney, have nearly destroyed the party of Lincoln and Reagan – have placed our nation at grave risk on so many different levels. And as a member of the Senate’s “Gang of Eight” (which McCain was born to lead), Marco Rubio seems to have joined their ranks.

The next Bush in the family dynasty, Jeb, is increasingly mentioned as a potential candidate in 2016, as is his protÄ†:©gÄ†:©, Marco Rubio. However, given his insistence on “immigration reform,” one has to ask how closely Rubio shares the views of Jeb and his older brother, the former president, who, during a speech at Southern Methodist University after leaving office, said the following:

“What’s interesting about our country, if you study history, is that there are some ‘isms’ that occasionally pop up. One is isolationism and its evil twin protectionism and its evil triplet nativism. So if you study the ’20s, for example, there was an American-first policy that said, ‘Who cares what happens in Europe?’ And there was an immigration policy that I think during this period argued we had too many Jews and too many Italians; therefore we should have no immigrants. And my point is that we’ve been through this kind of period of isolationism, protectionism and nativism. I’m a little concerned that we may be going through the same period. I hope that these ‘isms’ pass.”

I couldn’t agree more. We have far too many “isms.” Elitism, favoritism and statism come to mind, “isms” for which the Bushes and the McCains have become poster boys, and Marco Rubio is going to have to do a much better job of repudiating those “isms” on the issue of amnesty to avoid being placed on my “never” list.

In the wake of the Boston bombings, the American people are in no mood to compromise on the issue of America’s out-of-control immigration policies, especially our wide open borders.

Witnessing the Death of Liberty[2]