Would Things Go Better With Koch?

“Mainstream media” are alarmed by reports that billionaires Charles and David Koch are considering the purchase of Tribune Company’s eight daily newspapers, including the Los Angeles Times. 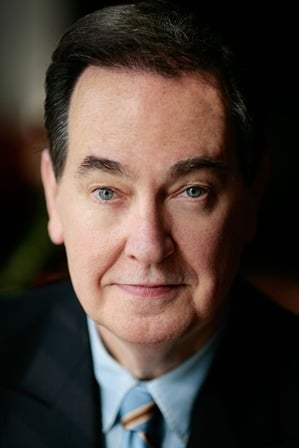 When Warren Buffett spent $344 million to purchase 28 newspapers, there were mostly sighs of relief from journalists glad to keep their jobs. However, reaction to reports of the Koch brothers’ interest in buying the Tribune papers was quite different. Charles and David Koch, you see, are conservative libertarians, not liberals. Will the Kochs, gasp, force their conservatism on readers? Will they sully journalism’s good name? Truth is, no one knows what the Kochs plan to do.

The Newspaper Guild and Communications Workers of America issued a joint statement, which said of the Koch brothers: “They are active political proponents of harsh right-wing positions.” And many current owners, editors and reporters are what? Such arrogance is what has helped accelerate the newspaper industry’s decline.

When news of the Koch brothers’ interest in their paper reached the Los Angeles Times, columnist Steve Lopez asked for a show of hands from people who would quit if the Kochs bought the paper. According to a report in The Huffington Post, “About half the staff raised their hands.”

That should make things easier for the Kochs. They can start by replacing liberal quitters and others whose ideology has turned off conservative readers. They could hire reporters and editors who will try to win back readers and advertisers by providing the type of ideologically balanced coverage they seek.

There are many good unemployed and underpaid journalists who could report the news fairly and without bias. They might leap at the chance to work for a paper whose owners would make a strong financial commitment. Why do liberals consider themselves uniquely objective, when numerous surveys have shown the opposite to be true and much of the public doesn’t buy it?

Newspapers, like all media, are businesses first. If they can’t make a profit because too many readers don’t like or trust their product, they will go out of business, or reduce their size and coverage to something smaller and less substantial. The First Amendment is of little use if one can’t afford a printing press.

Why should this matter? It should matter because strong and healthy journalism is essential if government is to be held accountable. That’s why the nation’s Founders chose the press as the only profession — as outrageous as it was in the 18th century — to enshrine in the Bill of Rights. Without a strong journalistic watchdog, government runs amok. Newspapers, especially, can’t sustain good reporting without money to hire talented reporters. If readers have turned away from their product, newspapers won’t have the resources to fulfill their mission. Kochs have the money. Why not the Kochs?

What media elites fear most is the further erosion of their place in the news hierarchy. One might think self-interest — the possibility of keeping a job — would trump ideology at the Los Angeles Times, but for those hand-raisers it doesn’t. Some journalists would rather go down with the ship than right the ship, make repairs to it and then sail onward in better shape.

This year’s “State of the Media” report by Pew’s Project for Excellence in Journalism found “Nearly a third of U.S. adults, 31 percent, have stopped turning to a news outlet because it no longer provided them with the news they were accustomed to getting.”

The Washington Post reported last week an 85 percent decline in net income. The company managed to make an overall profit of just 0.4 percent, thanks to revenue from its television and cable operations. Other newspapers, especially in large cities, are experiencing similar struggles as readers and advertisers have left the building.

It can’t get much worse for newspapers. Perhaps things might get better with the Kochs.