We all know that Common Core is absolutely disastrous for America’s youth, but the problem is that politicians don’t seem to care as much as parents do.

Except President Trump, who is promising to localize education and completely rid us of Common Core. 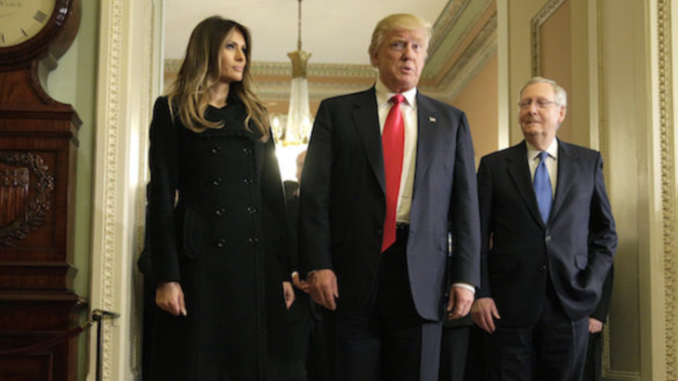 From The Federalist Papers Project[2]:

President Donald Trump made a big announcement on Tuesday that reiterated one of his campaign promises — it’s time to end Common Core.

“Common Core, I mean, we have to bring education more local,” Trump said Tuesday at the White House during a CEO Business Town Hall event.  “We can’t be managing education from Washington.”

“When I go out to Iowa, when I go out to the different states and I talk, they want to run their school programs locally and they’ll do a much better job… And I like the fact of getting rid of Common Core,” he said.

“You know, Common Core, to me, we have to end it. We have to bring education local, to me. I’ve always said it, I’ve been saying it during the campaign, and we’re doing it.”

“More than any other President — or even presidential candidate — ever, Donald Trump has empathized with our citizens, particularly parents, who have seen firsthand the damage done by federal efforts to shape and dictate education policy,” the statement read.

“Today’s comments show that President Trump has not forgotten his promise to end Common Core and return to local control of education,” McGroarty continued.  “He is taking seriously the assurance he made in his Inaugural Address, ‘Today… we are transferring power from Washington, D.C. and giving it back to you, the American people.’”

I love, love, LOVE this! While I don’t have any children of my own to worry about, the next generation is going to have a huge impact on the nation and I want them to be as properly educated as possible. That is not going to happen under Common Core.