Last week-end, I was at the Defending The American Dream Summit[1] in DC. That little shindig was thrown by the folks at Americans for Prosperity[2] and it was heavily attended — around 2000 people were at the event, which isn’t too shabby for a political hootenanny.

I drove to the conference, which turned out to be a lot more of an adventure than I anticipated. About an hour outside of DC, my car starts to shake. When that happened, I wondered if it had been happening all along and I had just noticed it or whether perhaps, the road was really rough. Then, I realized it was something out of the ordinary and pulled over. I took a look at the tires. They seemed fine. I looked at the engine. It seemed fine.

So, I got back on the road and the shaking was getting worse. So, I started looking for an exit where I could turn off and get the car checked out. That’s when it happened. My back left tire blew out at 60 MPH in the middle of I95 (Thank you, nail): 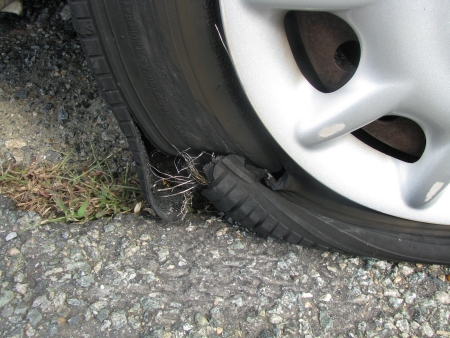 The car wanted to swerve, but by the grace of God, I was able to control it and not over correct (which is how you get killed when that happens). I lightly pumped the brake and eased my way over to the side of the road.

Then, it was what did I do next? I was supposed to be going out to eat at 6:30 that night with a bunch of bloggers and if I didn’t show up, I could just imagine the frantic tweets going out: “John Hawkins is missing!” One problem: I couldn’t get the jack to work. I thought I must be doing something wrong, but it turned out that it was actually broken.

So, I called the hotel and tried to get them to call a tow truck for me. Apparently, they don’t do that. They gave me AAA’s number, but I had let my membership lapse (naturally, lol). Fortunately, I saw a cop pull someone over about a quarter of a mile ahead of me. I walked up to him and by the time he drove me back to my car, he had already called roadside assistance. They were there waiting and put a doughnut on for me in no time flat. Then they told me where I could go to get a new tire at the next exit. Thus, we had the ultimate irony: A hardcore, anti-government conservative helped by a polite and extremely efficient government program in his moment of need.

Anyway, I called the one person I had on my “trips only” cell phone, my buddy Emily Zanotti[3], and told her to spread the word that I was going to be late.

Of course, I wouldn’t have been as late if, right as I was about to hit the hotel, my pal Colleen O’Boyle from CRC Public Relations[4] didn’t call me. I was talking to her, missed the turn into the hotel and believe it or not, because of my horrible navigational skills or because the roads in DC are laid out like they were designed by a SimCity newb, it took me a FULL HOUR to find my way back to the hotel. If that sounds crazy to you, you probably have never driven around in DC before. And trust me — with some of the neighborhoods in DC, you really don’t want to be driving around, lost at night.

Anyway, I got there, changed and headed out to dinner. Unfortunately, I forgot my camera. So, no pics from dinner. One of Colleen’s friends tried to take a pic of the two of us, but he would never say anything before he took a snap and because of that, in every pic, Colleen had a magazine model smile going on while I was blinking/talking/looked surprised, etc, etc. Still, given how things could have turned out, it was a good night.

On Friday, I had a great lunch with Melissa Clouthier[5] and Matt Lewis from AOL’s Politics Daily[6]. 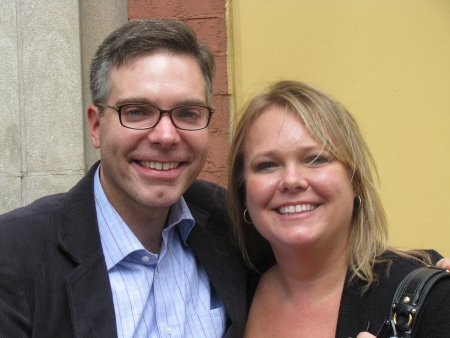 Later than night, I was at the “Tribute to Ronald Reagan” rubber chicken dinner which featured Laura Ingraham[7] & Mike Pence[8] speaking. Here’s Emily Zanotti[3] holding our place in line to get in: 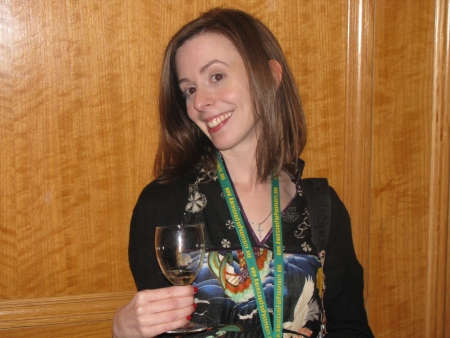 My camera went dead during the dinner — but not before I got a few snaps from our table: 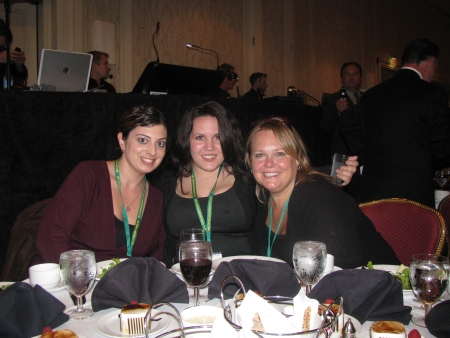 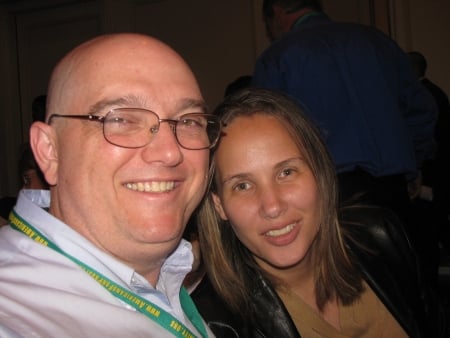 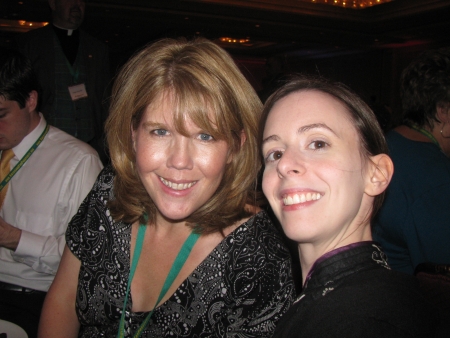 At this point, one of the more heartwarming/funny events of the week-end happened. This lady — I missed her name and could not find it in the literature (I will correct if someone sends it to me)…. 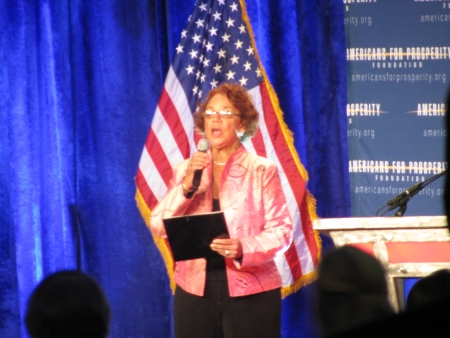 She had a fantastic voice and as she sang America the Beautiful, the whole room spontaneously rose to their feet and started to sing along with her in an amazing display of patriotism. It was really a beautiful moment. Then, she got to the second verse and almost nobody knew the words, so the whole room had to sort of mumble along, like you do in church when you lose your place.

After the Reagan dinner, Melissa Clouthier[5] put together a heavily attended “Tweetup.” The place was hopping…

The most popular person in the room, Katie Favazza[14], Alexa Shrugged[9], and Ericka Andersen[15]: 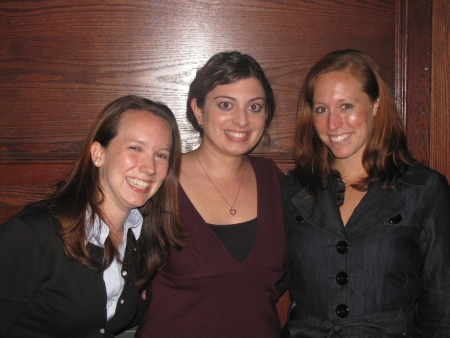 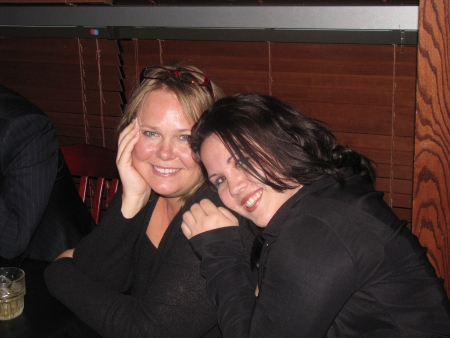 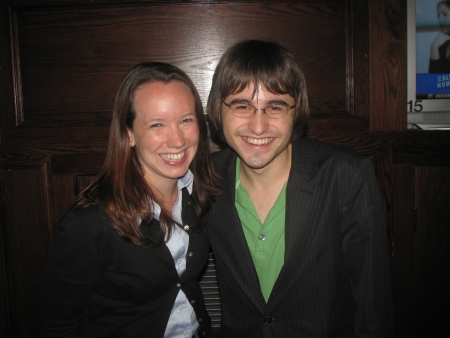 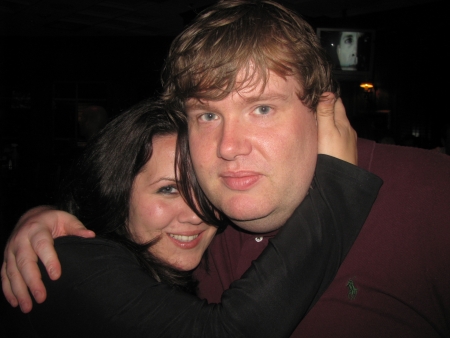 Americans for Prosperity[2] Director of Policy, Phil Kerpen[17] and wife Joanna (Incidentally, I think it’s pretty cool that an AFP heavy and his wife showed up at a Tweetup just to hang out, have a good time, and eat nachos) 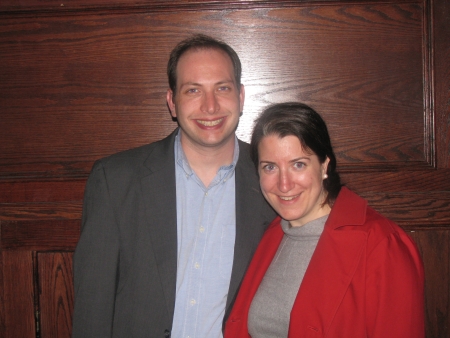 After the Tweetup — which was a blast — wrapped up, everyone called it a night.

Although there were no bad speakers, for my money, the best was Newt Gingrich[19]. He had a combination of ideas, gravitas, and raw charisma that was difficult for anyone else to match. That being said, Herman Cain[24] was on fire. Charismatic people look at Herman Cain and say, “I wish I was that charismatic.” I also want to give a special shout-out to Dallas Woodhouse[25]. I had never heard of him before the conference, but he was an incredible presence on the stage.

Somehow or another, everything got 45 minutes to an hour behind in the morning session and it created a bit of confusion — at least for me. I was doing a panel that was originally supposed to start at 2:30. I got there at like 3:20, looked at my notes and was wondering when they were going to wrap up. “It was like, oh geeze, we’re already behind. How long are these jerks going to go on?” Then, I realize that was MY PANEL, it had already started, and I had been waiting outside. So, it was like, “Ok buddy, who’s the jerk now?”

In any case, I went in late, still did my spiel on “How to impact your legislator” and rocked the room. Ok, rocked might be a wee bit too strong of a word. Let’s just say it went well. Big applause line: Saying that I interviewed Joe Wilson[26] and tried to help him raise money after he yelled out “You Lie!” Trust me, there is still big love out there for Joe Wilson.

In the interim period, between waiting for the panels to finish and the close out of the conference, which featured Mary Katharine Ham[27], I ran into my co-blogger Sharon Soon[28] and a friend of hers from New Jersey: 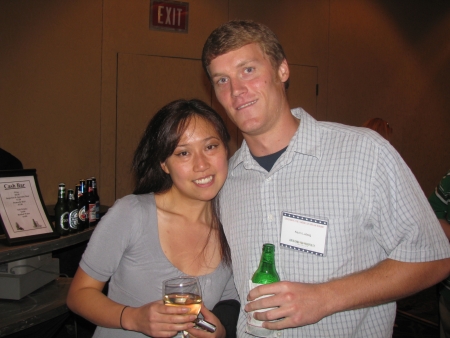 After the conference ended, Americans for Prosperity[2] was nice enough to throw a blogger dinner. Here are some more pics from the dinner:

Americans for Prosperity’s [29]Erik Telford (The MAN largely responsible for running the conference) and Kerry Picket[12]: 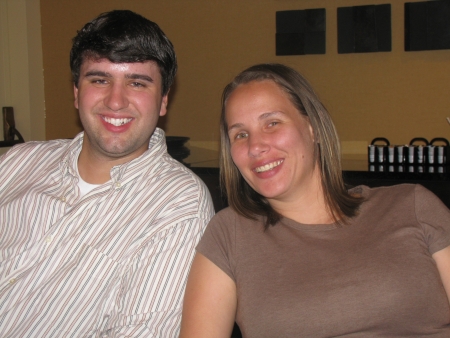 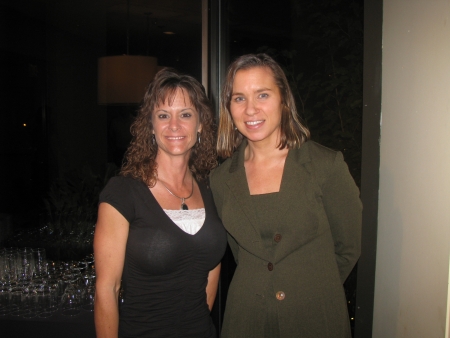 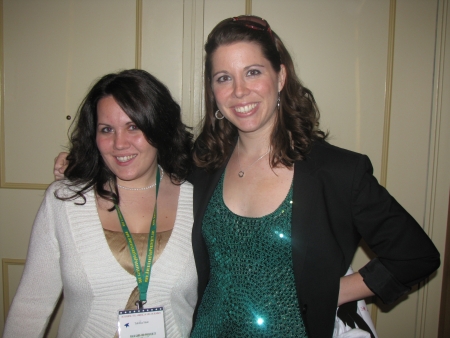 After the dinner, some of us headed over to a bar. I left really early — mainly because I was so tired that I actually fell asleep on top of the covers on my bed.

The next day my trip was long, but unlike the drive up, pleasant and uneventful.

Let me finish by saying this: If you are a political junky, you WANT to be at the next event that Americans for Prosperity[2] puts on. Ideally, not only do you want to go, you want to take a lot of friends with you. That’s not only because there are so many excellent speakers and great panels, but because it’s a blast. Everyone’s conservative, everyone’s friendly, there are things going on all over the place. Just being able to go to DC, sit down and listen to people like Laura Ingraham[7] and Newt Gingrich[19] with a large crowd full of enthusiastic conservatives and then head out with some friends afterwards — that’s good stuff. It was just an all around great time and Americans for Prosperity[2] deserves a tremendous amount of credit for putting on the event.

PS: Since I was doing a panel at the event, part of my travel expenses were paid for by Americans for Prosperity[2]. I’m noting that in the interests of full disclosure.